Film programming is a natural fit for libraries. It’s another tool in our arsenal of storytimes, book groups, and lectures to create educational, emotional, and silly programs for every age and interest group.

Film programming can seem more complicated than other kinds of programming. How do you choose films to show? What equipment should you use? How do you market your programs? Where do you begin? The most challenging part—but in many ways the most important—is to make sure you are in compliance with the law relating to public screenings of films. It’s vital for a successful film program at your library.

DVDs and Blu-rays released by major studios are generally intended to be used only by an individual or family inside the home. Here is the official word from the Motion Picture Association of America:

“The Federal Copyright Act (Title 17 of the US Code) governs how copyrighted materials, such as movies, may be used. Neither the rental nor the purchase of a copy of a copyrighted work carries with it the right to publicly exhibit the work. No additional license is required to privately view a movie or other copyrighted work with a few friends and family or in certain narrowly defined face-to-face teaching activities. However, bars, restaurants, private clubs, prisons, lodges, factories, summer camps, public libraries, daycare facilities, parks and recreation departments, churches, and non-classroom use at schools and universities are all examples of situations where a public performance license must be obtained. This legal requirement applies regardless of whether an admission fee is charged, whether the institution or organization is commercial or nonprofit, or whether a federal or state agency is involved.

“Willful infringement of these rules is a federal crime carrying a maximum sentence of up to five years in jail and/or a $250,000 fine. Even inadvertent infringement is subject to substantial civil damages.”

So, there you have it. Public screenings, even by nonprofit or educational organizations, are not allowed unless you have purchased a film that comes with public performance rights (PPR) or obtained a public performance license (also referred to as a site license, umbrella license, or blanket license). The primary difference between them is that the former covers the film itself while the latter covers where you intend to screen the film.

When they are available, PPR are included with the film when you purchase it. These rights are usually attached to educational titles, although some entertainment films that are not associated with big studios offer them.

Purchasing films with PPR is a good option for libraries that don’t want to get a site license but would still like to do film programming. Another benefit is that the performance rights are attached to the film itself, not the library’s location. If a patron wishes to check out the film and show it to his or her Rotary Club or PTA, or if the library wishes to sponsor an offsite screening in conjunction with a local group, it is legal.

Public performance licenses allow the purchasing organization, be it a school, church, or library, to show films from any of the studios covered by the license at a specific location.

A public performance license must be purchased for every location at which you would like to show films. If you are a library system or consortium, you will need to purchase a separate license for each location where you wish to have programming. You can show films only covered by the license at branches that have one.

Pricing depends on the population in your library’s service area, ranging from $100 to $275 per year. Discounts are often available for libraries that purchase more than one license, and several licensing organizations provide licenses to libraries at reduced rates. For example, the Motion Picture Licensing Corporation charges $115 per year for libraries serving less than 10,000 people; $180 for 10,000–50,000; $230 for 50,001–100,000; and $280 for more than 100,000. Note: The service area is defined as the population of the city, county, or surrounding areas that a library serves, not the number of cardholders.

What does a license do, exactly?

The federal guidelines for copyright protection of motion pictures are very clear. Showing a movie in a public setting without studio permission is a violation of copyright. Now, every time a library wishes to show a film, it could, conceivably, contact the studio directly and request permission. The result would probably be frustrating and possibly expensive, since the answer could well be, “Sure, but that will cost $2,000.”

When you purchase a license, you are purchasing pre-negotiated permission from the studios that work directly with licensers to hammer out these permissions. Every studio covered has agreed to allow its films to be shown by license holders.

The rules of the license

The most complicated rules of a public performance license have to do with promoting the film. Within your library, you can promote as much and however you wish. However, there are limits when it comes to public advertising. If advertising your program in newspapers, television, or radio—in other words, mediums that can reach people who are not cardholders in your system—you cannot use the title of the film, the studio name, or the names of the director or actors. Studios don’t want libraries directly competing with local movie theaters. They prevent that from happening by promising theaters they will be protected from market competition by license holders. If a library runs into trouble for violating the license agreement, it will almost certainly be because a local theater reported them to the studios. They are the ones who will see your publicity, and they are the ones who will—or will not—feel that you are crossing the line into direct competition with them.

If your library does run afoul of the marketing guidelines and you are reported to the studios or licensing company, you will not have violated federal law. You will have violated an agreement between yourself and the studios. Depending on the circumstances and how irritated the studios are, they may request you cancel your showing, pull your advertising, or, in extreme cases, revoke your license.

Film programming can offer opportunities to explore partnerships. When the Pierce County (Wash.) Library first began buying licenses, it was in cooperation with Friends groups at a few branches. The Friends groups paid for the licenses and were active in organizing and running the film programs.

Both PPR and public performance licenses are designed to cover free screenings and explicitly state that you cannot charge admission. There are still some options for fundraising that you can take advantage of and still remain within the rules of the license.

If you have a public performance license, you can sell tickets to film screenings up to the cost of the license. So if, for example, your library pays $500 for a license, you can sell tickets to recoup up to $500. Libraries cannot earn profits from their programs. You are also in the clear if you wish to collect donations during a screening or indicate a suggested donation at the door.

Collecting donations also provides opportunities for community partnerships. The library can partner with local organizations that want to sponsor a movie night at the library. The group can raise funds via donations during the screening.

If you are showing a film with PPR rather than a license, I recommend contacting the film’s supplier directly to ask about fundraising options.

A word about ratings

Ratings are not a legal issue, but they are often interpreted as one. It is a complicated topic, especially for our patrons. Many of our patrons have erroneous assumptions about what ratings mean and the library’s role in enforcing them.

Ratings are a tool, but I urge any librarian designing a film program to use them as a guide rather than a definer of what to show. Films of almost any rating can be appropriate for a film program, provided you have a supportive audience. It’s important that you review any film yourself before screening it, even if it’s a G-rated family film. I don’t think reviewing the film would or should change your mind about showing it, but it allows you to be prepared for anything that arises, even scenes of children riding around in open cars without their seat belts.

Rated R: Should you? Shouldn’t you?

Many great films are rated R, and an R rating should not automatically disqualify a film for viewing. That said, it is very important that you honestly assess your own community before deciding what films to show, regardless of rating. Certain communities will not blink if the library screens an R-rated film, but others will. It’s important to respect those tolerances.

Include the rating when promoting your program. Specify the library’s intended audience for the film. Is it for children? All ages? Teens? Adults? The more information you include, the less likely you will have a patron upset or angered by a film program experience. Remember that screening films is ultimately about creating an enjoyable, entertaining program for them. 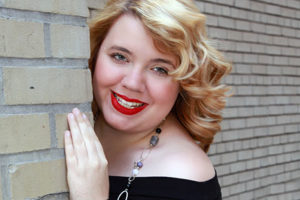