Meet the Candidates for ALA President: JP Porcaro

I’m a librarian, and the impact of my work is not quantifiable. Librarians’ compassion, our engagement, and our service are what matter to our users; in fact, our role in schools, on campus, and in our communities extends beyond service: It’s rooted in relationships with our students, colleagues, customers, patrons, and users. Those relationships are the most important and impacting parts of our work.

To paraphrase Eli Neiburger, deputy director at Ann Arbor (Mich.) District Library: “Libraries aren’t about what we buy,” they are about what we do, and library staffers are the doers. As president, I will challenge ALA to embark on a large-scale public relations campaign demonstrating that it’s the staff that makes a library. We know from the data that a positive perception of people’s librarians and staff is more important to them than their perception of their libraries as organizations. Seeing librarians engage with their communities activates users and nonusers into funders, voters, and constituents. Building a positive perception of librarians influences the way people give, support, and vote.

We need to show off the diverse faces of librarianship.

Librarians in the public eye

We librarians are the only ones who are telling parents that school librarians are their child’s best ally. We are the only ones to tell faculty and administrators that we do more than order their books. We are the only ones able to update the public’s nostalgia and give them a current understanding of a dynamic profession. ALA has done a great job advocating for the library as an institution but had a harder time talking about the humans who work there. Now is the time to step up our visibility as a profession—and as a career—in the eyes of the public.

In November, while staffing the reference desk, I was approached by a student who shared that both his uncle and his brother died recently. He was upset, but I noticed his wrestling T-shirt, so I let him sit in my office and we talked about wrestling. He told me about his favorite wrestlers, and I told him about the “old days” of ECW and WCW. I couldn’t log that as a reference interview. We don’t have a column for “human engagement.” But I know it helped. And I know we all have these kinds of stories. As ALA president, I will bring our librarian stories to the public.

All librarians in the public eye

In an increasingly diverse and still-hurting country, we need to show off the diverse faces of librarianship. We need to continue to look inward while taking our message outward. Comparing the figures in ALA’s 1986 “Equity at Issue: Library Services to the Nation’s Four Major Minority Groups” document with the latest ALA Office for Diversity and Office for Research and Statistics figures, we have had little to no change in attracting people of color to our field. Without a focus on building, cultivating, and listening to a diverse body of librarians, we cannot hope to have a better future for our profession or our country. Including underrepresented faces and voices in a marketing and PR push about us—about my colleagues—will help people who have never thought of “libraries as a career” to better see themselves in that role.

The library’s future is ALA’s future

For the good of the Association, we need to publicly demonstrate the value of library staff in all types of libraries now. Without public, voter, and funder support for our librarians, we risk losing our libraries. I have the hope that we can tell our story anew—the story of librarians—to the public. I invite you to join us in leading this change, because only together will we make it happen.

Read statements from the other three candidates: 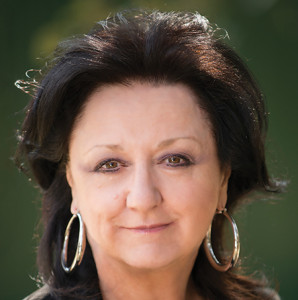 Meet the Candidates for ALA President: Julie Todaro 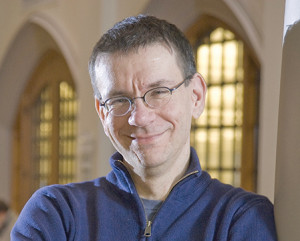 Meet the Candidates for ALA President: Joseph Janes