When K. C. Boyd was a librarian at Chicago’s Copernicus Elementary School in 1999, she noticed an absence of books that appealed to her students. As she continued to teach throughout the district, she observed that kids were not interested in “traditional literature.” Then she discovered urban fiction, a genre that told stories with which students could identify.

“These are stories that are about inner-city life and urban life, and the kids could really relate,” says Boyd, now library media specialist and director of social media at Wendell Phillips Academy High School, where she has worked since 2010.

When Boyd began advocating for the urban fiction genre, she was sometimes misunderstood. Many people, for instance, want students to read only the classics. While those books should be read, she says, educators need to also capture the attention of kids. She points out that many classics are also considered street literature, such as Stephen Crane’s Maggie: A Girl of the Streets.

“The library has turned into a place where kids can meet, feel respected, and feel safe to express their opinions and ideas. And they’re able to try out things that are new with technology,” she says. “The library has truly become the heart of the school.” 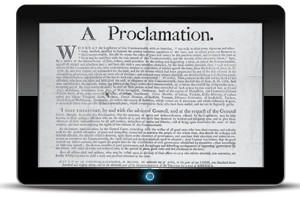 From the Past, the Future