When patrons challenge the veracity of books

I don’t know how to be tactful about this, but….”

When a patron enters your office and begins a sentence like that, you know it’s going to be awkward. The heart jumps, the mind flips through possibilities. Did I inadvertently offend somebody? Have I been doing something wrong for years? Do I smell?

The patron whipped out a book. It was Climate Change: The Facts, edited by Alan Moran. “Why is this in the library?” she asked.

The book, the patron claimed, is a catalog of climate change denial. The patron noted that the publisher, the Institute of Public Affairs, is a notorious right-wing think tank. None of the authors, she contended, are doing research in climate science, and she pointed out that the sources were inbred. “They cite themselves!” she exclaimed. It took about 13 seconds for her to use “crackpot” as an adjective to describe the work.

The patron asked, “Can’t you draw the line somewhere?”

My answer probably wasn’t going to satisfy her. “The book was actually requested,” I said. “We try to get materials that are requested.”

I didn’t know if more explaining would help. “It boils down to freedom of speech,” I said. “Technically, people could find things wrong with thousands of books in the library.”

“So, if somebody wants a Flat Earth Society book, the library would get it?” she asked, disbelievingly.

This answer wasn’t going to help either. “If somebody requested a Flat Earth Society book, it would be treated like any other request.”

A few things are interesting about this case. The upset patron did not fit the oft-stereotyped book challenger who thinks Harry Potter is undermining America’s moral fabric. The book itself did not fit into the “typically challenged” mold. It was not a children’s fiction book. It was adult nonfiction.

This book challenger was a college-educated reader and her criticisms were probably accurate. The book is possibly a who’s who of climate change deniers. It is likely riddled with half-truths and energy-industry propaganda. But a citizen of the community is entitled to read such material.

Here’s the problem with removing such a book from the collection. Just like the library isn’t the Morality Police, the library also isn’t the Fact Police. We provide a variety of materials to the public. In a democratic society, individuals reserve the right to make the choice to read certain materials. A free populace does not need a nanny to dictate morality, nor does it need an academic committee to tell it what is true or not true. People are free to choose and free to think.

If we start removing materials because they are ‘factually inaccurate,’ we will embark on a twisted Soviet-style purge of our treasured collections.

The Fact Police are as dangerous as the Morality Police. If we start removing materials because they are “factually inaccurate,” we will embark on a twisted Soviet-style purge of our treasured collections. The majority of weight loss and diet books would be out. Didn’t lose the guaranteed 10 pounds in a week? Gone. High-quality materials on serious subjects would be endangered. A work on the life of St. Francis of Assisi includes content that defies the laws of physics? Gone. How about a great history tome that contains a minor error? Is the whole book then worthless? There would be no end to the madness.

It is also important to remember that many established and thoroughly accepted ideas change, sometimes dramatically. The concept of plate tectonics was rejected by academia until recently. Astronomers in the first part of the 20th century ridiculed the big bang theory. Jules Verne’s From the Earth to the Moon was science fiction until such a journey actually happened in 1969.

Unless, of course, you believe it was a NASA conspiracy. In which case, we have those books too. 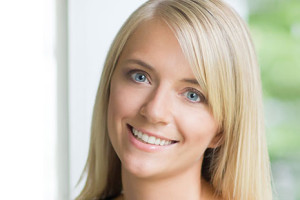 The power of grassroots advocacy in action