Library weeding gets a bad reputation, thanks in part to weeding horror stories.

In 2013, Highland Park (Mich.) High School was accused of throwing out a large collection of history materials, including some rare items, which had been cultivated over a 50-year period. That same year, the Urbana (Ill.) Free Library discarded nearly 10,000 items, apparently just based on age, rather than condition or use. The discarding was done at the director’s command—while the head of adult services was on vacation. In 2014, there were weeding news stories from school libraries in Racine, Wisconsin, and Boston. The media in Chattanooga, Tennessee, had a field day interviewing the former director of Chattanooga Public Library, who was more conservative about weeding, after the new director weeded almost half the collection over two years. Patrons in Albany County, California, formed their own protest group when they noticed that most of the shelves in their branch libraries were suddenly only half full.

What usually happens is that a disgruntled (sometimes justifiably so) staff member sets off the alarm to the public about what’s happening behind closed stacks. Or worse, a patron spies a dumpster full of discarded material and immediately jumps to the conclusion that the library is enacting a modern-day book burning. Employees who do not feel their concerns are being heard or their professional opinions are being considered may decide they have no choice but to become whistle-blowers. Patrons who do not understand the selection or weeding process are understandably alarmed when they see a mass number of items removed from their local library.

Tales from the Front

Everyone seems to have a weeding horror story, and several librarians have shared theirs with us. Read on, and see if you can relate—or feel a sense of relief that perhaps your weeding experience wasn’t so bad. These stories come from a weeding tips article on Booklist Online, published June 17, 2013.

“In my high school library, we began weeding books that had collected years of dust from lack of use. Some dated to the early 1900s! As we began the process, we noticed some books looked chewed on. We just assumed that having been on the shelves for so long, they had deteriorated. However, one day, when we were working on the same shelf from opposite ends, I removed a book, and in front of my eyes was this tiny little mouse. I am not sure if I was more frightened or it was—but I would say I jumped a few feet in total fear. The mouse took off in the opposite direction. My coworker took over the job for me.”

“I weeded the 800s last year and lost track of the number of volumes I pulled that were original to the building’s construction in 1902. Tiny, tiny books that had been library bound, full of onionskin paper and those peculiar ownership stamps that look like punches. I’m not exaggerating when I say that out of the 50% of existing items I weeded, fully half were more than 100 years old and full of insects and dry rot.”

“A few years ago, I weeded the 600s in a medium-sized suburban library and pulled off a gem called How to Raise Your Mongoloid Child, copyright 1954. I regret to this very day that I didn’t take a picture of it before I threw it out.”

“When I was weeding a school media collection, I decided that my criteria for nonfiction would be that if any book had a copyright older than my mother-in-law, it was going to be tossed, including the astronomy book that said, ‘One day, man will walk on the moon.’ Problem was, that left me with almost no books.”

“One of my very first projects was a massive purge at a remote storage facility. Imagine a block-wide building filled with books of every description, and running around the perimeter were high shelves packed with fiction from the late-19th to the mid-20th century. A coworker and I quickly reduced that collection by at least 80%. It was a bloodbath. My own reading tastes are a little perverse when it comes to interesting old books, and I’m as likely to be reading that trendy bestseller from 1913 as the one from 2013, so this was a trial by fire. Our liberal arts educations got quite a workout, and on the whole, I think we did a fairly good job.”

“Tech services thought we had a good way to weed old editions of standing orders. When a new edition came out, we’d put in a slip that indicated the old edition should go to our department for withdrawal, carefully indicating the barcode of the edition to withdraw. The books would then be switched when being shelved. Well, we stopped that practice when we found the current edition had sometimes been sent back with the withdrawal slip in it. We’re pretty positive a new edition of a very expensive reference book actually got withdrawn and recycled. Another one was on the way to the recycling bin when it was caught, and we were able to salvage it.”

It pains me to read about these situations for a number of reasons. First and foremost, because I’ve been there—on the dark side.

In 2001, while working for Chicago Public Library, I was accused by a local politician of destroying books while working on a massive and much-needed weeding project at a regional branch. I was part of a team experienced in collections, and we had a plan to move, replace, and discard a large amount of material. Unfortunately, that plan did not include communicating to the public what was going to happen. Nor did we do a very good job of communicating with the branch staff, who felt that they were being pushed aside by a group of outsiders. The experience opened my eyes to the need for an open path of communication and the need for staff buy-in. Luckily, I have also worked on weeding projects that went very smoothly, even when working with large numbers of books.

I also hate to hear bad weeding stories because they raise the hackles of patrons, taxpayers, and book lovers everywhere and lead them to believe that weeding is never a good thing. Hearing such horror stories brings on the knee-jerk reaction that no book should ever, ever be discarded, which simply isn’t feasible. And, finally, these stories are painful because they illustrate that there are still plenty of librarians and administrators who do not understand the fundamentals of weeding.

Ideally, a library wouldn’t need to perform drastic weeding projects. If a collection is weeded on a regular basis, a section at a time, and maintained well with new materials, it rarely requires a large, hard-to-ignore weed. When a major project is needed, it should be planned out carefully, and communication is a key part of that planning. It’s not particularly difficult to get the message out to your staff and patrons.

If a large weeding project is planned, get the word out before the work commences. The director should make a statement on the library’s website, in the library newsletter, or to the local press. Take command of the situation rather than let speculation and rumors take hold. The general reasons for weeding should be discussed, as should some details about how the project will work and affect patrons (i.e., patrons may notice empty ranges while the evaluation process is going on; patrons should expect to see replacements coming in X weeks). It’s important for everyone to keep in mind that weeding isn’t always about ridding the shelves of unwanted materials—sometimes it’s about getting fresh new copies of the exact same titles.

In the case of ongoing weeding, there doesn’t need to be a formal announcement, but staff should be prepared to answer questions from patrons (“Why are half the graphic novels missing from the shelf?” “I’m sorry for the inconvenience! We’ve pulled that section, and it’s currently on a book cart in the workroom while we check how much use the books get and search for new ones to add to the collection. Is there something I can grab for you?”)

In either case, use positive terms instead of negative ones when talking about weeding, and never complain to patrons about bad materials that were on the shelf. Instead, explain that the library is making room for new materials, making the shelves easier to navigate, and replacing outdated information with current information.

The way you dispose of discarded material will also have an impact on how the public reacts.

If the public knows that material is being reused or recycled, they may feel better about the weeding process overall. If materials have to be thrown in the trash, the library director needs to make a statement regarding the types of materials that are being thrown away (outdated medical and law texts and books in unsalvageable condition are good examples to use), so that everyone is clear that “perfectly good books” aren’t being destroyed.

Until recently, the Milwaukee School of Engineering (MSOE) devoted a page on its website to weeding at the library. It included the following language:

“What if you see a book that you do not feel should be weeded? Tell us! Stop by the library and talk with one of the librarians or send us an email.

Because of the many factors that are implicated in the decision to remove a book, each case is different. However, the library staff will seriously consider the wishes of all members of the MSOE faculty, staff, or student body who inform us that the book should remain in the library collection. To repeat, no book will be permanently removed while it is a candidate for removal. Books will only be permanently removed after the MSOE community has had a sufficient opportunity to comment on the lists of candidates for removal.

In addition, MSOE described, in very simple terms, its general guidelines for weeding:

“In deciding whether or not a book is a candidate for weeding, the MSOE library staff [members] attempt to answer the following questions:

Putting out statements like that to the public can help patrons understand that weeding does not happen in a vacuum and that it is a necessary task. Weeding is not a mechanical process. There is emotion involved; there is thought involved, and it takes the same amount of skill to build a collection as it does to cull one. Successful projects will include keeping staff and patrons informed to help avoid speculation and negative assumptions. 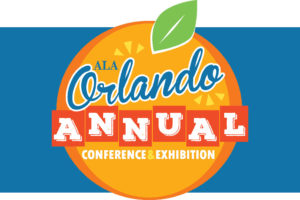 Join the conversation in Orlando, Florida, from June 23–28 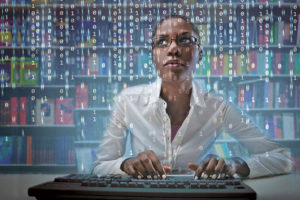