Social commentator sees culture as an entry to literacy

Georgetown University professor Michael Eric Dyson is one of the most significant social commentators, provoking wide and engaged discussion on controversial issues such as religion, gender studies, and racial profiling. Before his Opening General Session address at the 2016 ALA Annual Conference in Orlando, Florida, he spoke to American Libraries about the role of libraries in his life and how librarians can engage young people of color.

You grew up in the inner city of Detroit. How did you discover literature?

My mother was and is an extremely literate woman who read voraciously, and I picked up that habit from her. My Sunday school teachers encouraged literacy by recitation of set pieces in Sunday school. My 5th-grade teacher, Mrs. James, really jump-started my deep and abiding love for public recitation of poetry, for learning as much as I could about black history, and for delving deeply into the ocean of knowledge presented in libraries.

How did the library help to shape your experiences growing up?

I knew that in the volumes and stacks of the Detroit Public Library I could ingest and inhale and imbibe all that knowledge. Librarians were extremely important as well, pointing me the right way, providing me a womb of literacy in which I could gestate for a while until I went clothed into the world with the knowledge that those libraries brought. The libraries I frequented were not simply places where people read books; they were community centers. They were like churches of literacy, occupying spaces in communities that gave us a sense of who we were.

What are some things librarians can do to get young people of color engaged in learning about their history and culture?

I think you should meet kids where they are, allow them to read and understand what literacy is about, and then transition into other forms of literature. Rap music lyrics are a way to draw people in and teach them about enjambment, internal rhymes, and iambic pentameter. Look at Jay Z’s quest for literacy and the teachers who were present in his life, and look at the social obstacles that prevented the flourishing of the kind of traditional ethic of literacy. Rap music became a sphere within which he began to articulate his views of the world.

Has hip-hop changed during eight years of the Obama administration?

In some ways it has. The social critique has been mitigated a bit because “the man” was no longer a white man. And yet, during his presidency, Black Lives Matter has occurred, police brutality has occurred, and so you’ve seen some resurgence of socially conscientious music. Even under the first black presidency there is a need to have literature and literacies that address the existential, moral, political, and social crises that this country faces.

In your book The Black Presidency, you praised Obama as an exceptional president. Has his strategy changed during his last year?

In one sense it’s changed for the better. He’s finally listened to some of the principled criticism that has been launched at him, because police brutality is undeniable—smartphones are capturing black people, Latino people, and poor people being abused. Eric Holder, the first black attorney general, had laid out [this] necessity years before Obama, but the Obama administration caught up and the president has begun to address this. But there are still problems. He goes to Newtown and addresses families in the immediate aftermath of the mass murder there, by a young man living with his single mother. And yet he had to be prodded, even cajoled to come to Chicago, where disproportionate numbers of African-American people live, suffer, bleed, and die at the hands of people who wield urban carnage. The president rushed to Hurricane Sandy but had to be forced to come to Flint, Michigan. 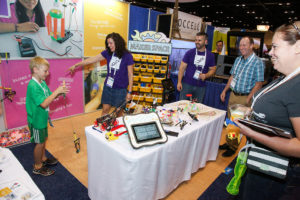 A cornucopia of products in the ALA exhibit hall 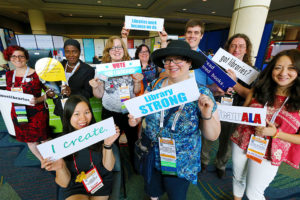