The scene: a cocktail party. The dramatis personae: a well-appointed gentleman and an unassuming woman who fall into conversation; he asks what she does, and she replies that she’s a librarian. He gets that isn’t-that-darling look on his face—you know the one I mean—and says something oily like how exciting that must be, to which she fires back, deadpan: “Yes, it’s all about the power and the money.”

That’s a great story, true or not, with an even better punch line. It likely produced a few knowing nods and wry smiles just now, and it’s also quite effective with people unfamiliar with what actually goes on libraries. They think we sit around all day shushing people and reading Good Books, as opposed to, say, arm-wrestling with vendors or puzzling about rights management or scheming to get just one more staff position.

I was reminded of this the other day as I was prepping to teach our fall course on the history and foundations of libraries. Growing up as I did with a mother who worked in our small-town public library, I remember being vaguely aware of something called a “board” of people who had something to do with the running of the place. Whenever one of them turned up, Betty Angelino, our estimable director, would drop everything, so they must have been important, though the 10-year-old me wasn’t quite clear why.

I later came to understand, of course, as I watched Betty go to meeting after meeting of the Rotary Club and the Chamber of Commerce, always schmoozing, always talking about the library at the grocery store, at church, at the bank, wherever she went. I learned, as we all do eventually, that any library is an inherently political entity, beholden to a number of stakeholders, often with competing or at least different interests, often with higher priorities and bigger fish to fry than us, except when something very good or very bad happens; navigating all that while trying to keep the doors open, innovate, and not lose your mind can be a challenge, to say the least.

Any library is an inherently political entity, beholden to a number of stakeholders, often with competing or at least different interests.

My favorite example of this: Back when Deborah Jacobs was Seattle’s city librarian (1997–2008), she often taught our course on public libraries and advocacy. She would regularly get the mayor of Seattle to come visit her class (one could always tell by the thuggish bodyguard hulking in the hallway), which alone speaks volumes about how to navigate the waters political.

This can come as a surprise to people new to the field, though, who haven’t yet dealt with meddling city councilors, provosts with designs on empire building, or principals with Views on Libraries. It’s also not entirely comfortable for everyone—lots of people come to us with noble intent and a strong desire to serve their communities, rather fewer because they can’t get enough of late-night budget meetings. But you can’t serve a community if you’re not part of it, and that’s where the grubby part often lies.

Yes, it’s all about the power and the money, and if you don’t have one, it’s hard to get the other, and libraries rarely possess either by default. Every library competes for resources against some other unit or organization; I want my students to appreciate these hard, cold realities, and also to understand that the most effective tool in our kit is the support and participation of our clienteles, to make these systems work in our favor.

Now, we’re not alone in this. Schools, hospitals, museums, parks, and lots of other institutions and organizations are in similar circumstances. Libraries are unusual in one regard, however: You can walk into almost any library and find the seeds to change, disrupt, even overthrow the very power structure we emerge from. It’s probably just as well people don’t realize how subversive and dangerous we can be … but that’s another story.

JOSEPH JANES is associate professor at the Information School of the University of Washington in Seattle and creator of the Documents That Changed the World podcast.

Worth a Thousand Words 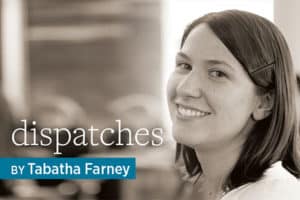 How to refine the tool to better assess your website