In his eulogy to the American volunteers fallen for France during World War I, the poet Alan Seeger wrote: “They brought fresh hearts … to that high mission. Yet sought they neither recompense nor praise.” As the centenary of the United States’ entry into World War I approaches, those who didn’t fall but also brought “their fresh hearts” to France deserve a remembrance of their own. Many American women librarians volunteered for “that high mission” of organizing library services in the war-devastated regions of northern France. Their work has had a lasting impact on the public library system in France.

Anne Tracy Morgan, daughter of financier John Pierpont (J. P.) Morgan, was the mind and money behind the volunteer mobilization. Morgan was a frequent visitor to France. When war broke out, she threw herself into relief work for the Allied cause. In 1917, she created the American Committee for Devastated France, better known as CARD (Comité Américain pour les Régions Dévastées), and set up her relief facilities in the war-shattered Aisne department of Picardie, north of Paris. Applications to volunteer in France poured in. Applicants were required to speak French, hold a driver’s license, and be financially self-sufficient, which included providing their own CARD horizon-blue military uniform (the color of French uniforms). The small group of volunteers eventually grew to 350. They set up headquarters in the ruins of a 17th century château in the village of Blérancourt. Wooden barracks served as dispensaries, warehouses, stores, schools, and libraries. When the fighting ended in November 1918, the devastation was such that CARD was now in charge of reconstructing the livelihoods of 60,000 people in 130 villages. That mission would last six years.

Economic reconstruction and health care were priorities, but Morgan believed that education and recreation played as much of a role in reweaving the social fabric of these communities. CARD offered home economics and shop classes, kindergarten services, cinemas, sports, and libraries. The latter became the flagship service of CARD’s socioeducational reconstruction.

Morgan brought in Jessie Carson, a children’s librarian from New York Public Library, to organize library services. In less than a year, Carson and a team of New York librarians set up a network of lending libraries housed in prefabricated barracks. The furniture was made by local CARD workshops from pine wood shipped from the United States. CARD libraries were free and had extended hours. Books were readily accessible on the shelves, and the newly imported Dewey Decimal Classification simplified borrowing. Libraries also opened their doors to children with storytelling time. Children had their own reading sections and their own furniture. A bookmobile reached readers in isolated villages (a service still in existence today).

“I read in the faces of men, women, and children who had long been deprived of books silent joy in their restoration,” wrote Annie Carroll Moore, chairwoman of the American Library Association’s (ALA) Subcommittee on Children’s Work in Other Countries, when she visited the library in Soissons.

At first, users came in, checked their books out and left, but soon the libraries became havens of conviviality where, Carson recalled, “the sound of children’s laughter did not annoy the blacksmith, the veterinary, or the lord of the château reading on the other side of the room.” Most of the children’s books were French translations of Anglo-American bestsellers. “[James Fenimore] Cooper and [Robert Louis] Stevenson are as popular here as in the US,” Carson noted. During her first nine months as library director, Carson catalogued 6,000 books. CARD libraries soon attracted the attention of French library reformers and served as a model for the modernization of the public library system in France.

Prior to the war, the focus of French librarianship was still on collection and conservation, with municipal libraries catering mostly to scholarly research. The field was male-dominated, often by scholars more preoccupied with the preservation of their books than the needs of the reader. Collections under the name of bibliothèques populaires had existed since the l860s to serve the needs of the newly literate working class, but with a minimal notion of user-oriented service. “Books and readers were obviously not made for one another,” lamented Ernest Coyecque, head of the Paris municipal library system and an advocate of open-access libraries. His description of a library transaction is worthy of a slapstick silent movie scene: “The reader knocked at a window; it opened, a hand seized the returned book and the list of books requested; the window closed again, the hand held out the book and the list, the window closed again, all returned to order.”

Coyecque and Eugène Morel of the Bibliothèque Nationale, were among a handful of library leaders crusading for changes. Both men were fervent admirers of the British and American library systems with their user-friendly services. For them, libraries had to play the same role for adults as schools played for children. Detractors argued that class-conscious France was not ready for such reforms. Others cited bureaucratic red tape and lack of funds and public interest to discourage their implementation.

Morel and Coyecque saw their dream of a modern public library finally realized at the opening ceremony of the rebuilt Soissons library on March 21, 1921. “If only Soissons were Paris!” Morel rued that day. Carson took up the challenge and volunteered CARD to train personnel and finance the first open-access library in Paris for a year. Coyecque in turn secured an empty lot on the Rue Fessart in the Belleville district, one of the poorest in the capital. In November 1922, a CARD barrack-style library opened to the public. With its open shelves, new books, a reading room with a periodical section, and a children’s section with story-telling hours, all under the professional eye of a welcoming female staff, the library became the busiest in Paris. In 1923 alone, the library recorded 100,000 loans.

In 1924, CARD transferred the management of the library to the city of Paris, and in 1932, the library moved into more modern headquarters on the same street. The new building was modeled on an American library and served as a paradigm for the development of open-access libraries in France. Gentrification has changed the neighborhood around Bibliothèque Fessart, but the library’s reading room still has the cozy feel of its humble beginnings.

CARD libraries upended French library traditions by welcoming children. School libraries were often no more than a cupboard of books under lock and key. “It will be years before children’s rooms corresponding to our own are realized in France,” the ALA representative at the 1900 Paris Universal Exposition had opined. Twenty years later, it took the tragic legacy of a war for a dedicated team of American-trained librarians to open L’Heure Joyeuse (the Happy Hour), the first children’s library in France.

L’Heure Joyeuse was a gift from the Book Committee on Children’s Libraries, a charitable organization of American women dedicated to educational reconstruction in Europe. Belgium and France were each gifted a library. L’Heure Joyeuse opened in 1924 in the schoolyard of another poor and ethnically mixed neighborhood in the heart of the Latin Quarter in Paris. L’Heure Joyeuse was an immediate success, with 500 children from all ethnic and socioeconomic backgrounds registering during the first week. In 1994, on the 70th anniversary of the library’s opening, author and Auschwitz survivor Maurice Cling recalled the magic the library had held for him as a child in the 1930s: “An inexhaustible reserve of dreams, colors, adventures, and discoveries. Later, with the German occupation and the anti-Semitic laws of the Vichy government, L’Heure Joyeuse had become my paradise lost.”

The library acted as a social leveler and gender equalizer—Head Librarian Marguerite Gruny once recalled how a school principal had advised her in vain to erect a divider in the reading room to separate the boys from the girls. L’Heure Joyeuse also stimulated the development of juvenile literature in France. Gruny invited publishers to come to the library and get better acquainted with the children’s tastes. L’Heure Joyeuse partnered with innovative publishers in establishing the first prize for children’s literature in France. Today, there are seven children’s libraries in Paris in addition to all the children’s sections in public libraries.

Jessie Carson and her team of CARD librarians also contributed to the feminization of librarianship in France. Only one woman had graduated from library school (École des Chartes) prior to WWI. To train more French staff for CARD-model libraries, Carson persuaded the Carnegie Foundation to fund fellowships for a few French women to study at US library schools for a year. In 1923, Carson was also instrumental in getting ALA to open a library school at the American Library in Paris. The faculty was composed of American librarians and French library reformers. Over the next six years, the school graduated some 100 French students, mostly women. The American library school closed in 1929, but the success of its training program had a lasting impact on public librarianship in France. By 1940, 54% of library school graduates were women. Today, women make up about 68% of all library positions in France.

In 1930, Anne Morgan’s wartime headquarters, the Château of Blérancourt, became a national museum dedicated to Franco-American cooperation and friendship. The legacy of the reconstruction work carried out by Morgan and her tireless cadre of librarians endures and resonates well beyond the borders of Picardie, and Bibliothèque Fessart, with its stacks-lined reading room on the ground floor and children’s room upstairs, is a treasure today.

MARCELLINE DORMONT is a teacher and cultural writer based in Paris. 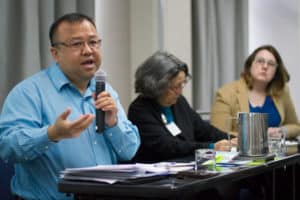 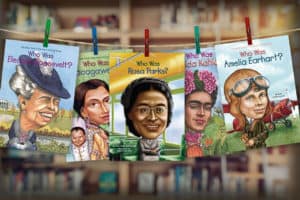