Being true to our professional values

Just before I began attending library school, I took a job as a library assistant in circulation at a public library in a small but affluent city. I loved the work, the patrons, and my colleagues, but my tenure did not last as long as I would have liked because of my opposition to a new technology policy.

When I started working at the library, we handed out time-limited computer access passes to anyone who wanted them. Users included library cardholders, people who were homeless, the residents of a local halfway house, and people who worked in the city but didn’t live there. I loved that we provided a valuable service to those who otherwise would not have had internet access.

Six months into my job, my supervisor told me that we would now provide free computer access only to cardholders, and everyone else would have to pay $5 per hour. Getting a library card required a photo ID as well as a bill, lease, or other official document that proved residency in the city. These requirements excluded many of the people who regularly used our computers, and such a charge would be prohibitive for many of them. When I suggested to my superiors that the policy was unjust, I was told it was an important way for the library to generate revenue.

I was taking classes on information policy and the foundational values of our profession when this change was made, and I was reading article after article about the valuable service that libraries were providing in offering internet access and computer instruction to those who needed it most. I ended up quitting my job soon after the rules went into effect because I felt terrible enforcing a policy anathema to my professional values.

My own first experience with the internet was in 1994 via SEFLIN Free-Net, a library consortium–provided free dial-up service. Internet access opened up a new world to me, and because of that, I’ve always believed that technology access and instruction are core to our mission. While libraries have gotten out of the internet service provider game, the digital divide still exists. The divide might look different than it did even a decade ago, but libraries still have an important role in bridging it.

We should measure our success by how well we serve the needs of our most vulnerable community members.

I’ve been thinking a lot about both of these long-ago formative experiences as I consider the implications of the new presidential administration for libraries. The 2016 election has left many of our most vulnerable populations feeling unsafe, and neoliberalism seems to be a growing force in governments and academia. The library can and should be a space that welcomes everyone, regardless of personal characteristics or viewpoints, but sometimes our own policies, spaces, and services provide the opposite impression to some community members.

It is often easy to believe that we are doing a good job when we provide the services, collections, and spaces desired by the loudest and most visible of our constituents, but we should measure our success by how well we serve the needs of our most vulnerable community members. Are our digital collections accessible to all, and not just the majority of patrons? Do we provide equitable services to patrons who can’t physically make it to the library—whether they have disabilities or are distance learners? Do any of our policies unintentionally exclude members of our community?

Now more than ever we need to ensure that what we do in our libraries is consistent with our professional values, especially those around access. Working to be welcoming and accessible may simply require better understanding of our patrons and how they experience the library, or it may require actively resisting forces in government, schools, or on the job. Whether it’s difficult work or not, when we do it, we join a proud tradition of librarians holding to our professional values rather than the direction the political winds blow.

MEREDITH FARKAS is a faculty librarian at Portland (Oreg.) Community College and a lecturer at San José State University School of Information. She blogs at Information Wants to Be Free. Email: ­librarysuccess@gmail.com 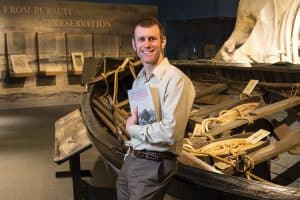 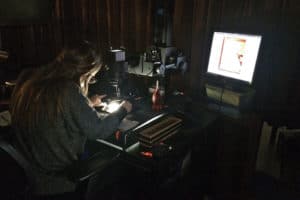 Digitization of audio, print, and film