Maureen Brunsdale doesn’t fantasize about running off to join the circus. She doesn’t have to. As the special collections and rare books librarian at Illinois State University’s Milner Library in Bloomington-Normal, she’s in charge of the Circus and Allied Arts Collection—one of the nation’s top collections of circus-related books, photographs, posters, programs, correspondence, and other ephemera.

Don’t ask Brunsdale to name a favorite item; instead, “it’s the stories that draw me in,” she says, such as the contents of a 1907 letter from circus magnate Otto Ringling to his brothers, suggesting that they purchase the rival outfit of Barnum & Bailey. Among other highlights of the collection: an elephant harness and several sparkly aerialists’ outfits.

How did Bloomington-Normal become such a hotspot of circus history? “Bloomington is pretty smack-dab in the middle of the state, it had wonderful rail service, and circuses would come here frequently,” Brunsdale says. The area eventually became home to a number of schools for trapeze artists. Now scholars, authors, and the occasional circus performer (such as Nik Wallenda of the Flying Wallendas circus family) come to do research in the university’s archives.

As Brunsdale knows all too well, the Ringling Bros. and Barnum & Bailey Circus takes down its tent for good in May. But, she adds, “I don’t think circuses are dying. ‘Circus’ comes from ‘circle,’ and circles keep going. They don’t stop.” 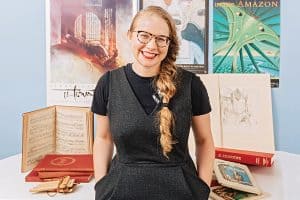 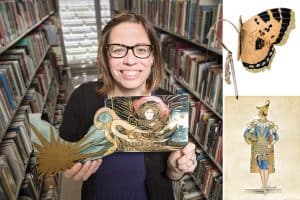