“We surprise people right off the bat, standing in front of this wonderful, family-friendly ice cream shop and saying that it used to be a brothel,” says Scott Brouwer, archivist at La Crosse (Wis.) Public Library (LCPL). The reveal is part of the Dark La Crosse Trolley Tour, done in partnership between LCPL and the La Crosse County Convention and Visitors Bureau. It began as a walking tour—a trolley was introduced in 2013 as a solution for accessibility issues—and now takes area residents and tourists on rides through the city’s seedier past.

LCPL—which also offers the by-demand Footsteps of La Crosse historic walking tour—is not the only library to recognize that sightseeing ventures are the perfect vehicle to get employees outside the building and sharing their expertise. “Theoretically we are the authority on history in this community, so who better to get a tour or information from?” says Gwendolyn Mayer, archivist at the Hudson (Ohio) Library and Historical Society (HLHS).

HLHS initially offered history tours to schools and scout groups, but because the community is “history-nuts,” says Mayer, the library now offers nine public walking tours covering topics that range from early transportation infrastructure in Hudson to the role the community played in the Underground Railroad. Each program is presented at least twice per season.

“History passes by people, and it’s not out of callousness, it’s just history,” says Elaine Kuhn, local history and genealogy services coordinator at Kenton County (Ky.) Public Library (KCPL). Kuhn shares her fascination with the people and buildings of Covington, Kentucky, with those who join her walking tour not so that they may be remembered but so they might be known.

More than a walk in the park

For most libraries offering tours, the scale is determined by how far a group can travel. The just-right length can range from one to two hours and one to two miles, for an average group size of 25 people. Most programs take place during warmer months. For example, KCPL runs tours from early June to late September, while HLHS offers them late April to early November.

Similarly, scope is determined by what libraries wish to accomplish. Exercise itself can be an aim of the walking tour, such as the “Let’s Book” program at Ligonier Valley (Pa.) Library. Director Janet Hudson created a 10-week program that runs April to July and combines reading and exercise. She takes her group on walks through town and nature reserves, and often enlists the help of both park guides and librarians who can lead book discussions. One excursion had the group talking about Bill Bryson’s A Walk in the Woods while navigating the Winnie Palmer Nature Reserve.

“The goal was to encourage people to read and walk every day for optimal mental and physical health,” says Hudson. In the first year, 55 participants read for almost 120,500 minutes and walked more than 68,100 minutes.

Other libraries, like LCPL, let vehicles do the legwork. While this option adds costs to an otherwise low-budget initiative, it expands the tour’s geographical reach while staying within the same timeframe. Though LCPL uses trolleys, libraries can use bicycles, Segways, hoverboards, or other options.

Getting the facts straight

Each program shares one thing in common: an emphasis on research. KCPL offers one tour route per summer because “it takes three to four months to do the research about the people and the buildings,” says Kuhn. Once KCPL decides on an area to tour, four or five librarians walk around the area and jot down notes about points of interest, such as who built or lived in the buildings. Then it’s back to the library to supplement observations with facts and write compelling scripts.

As part of her research of Hudson during the Civil War, Mayer created a spreadsheet of all the men from the town who served. When tour participants started asking specific questions like, “How many were in the heavy artillery?” or “Who fought in this battle?” she was ready with answers.

Walking tour programs are not stagnant but require a flow of conversation and room to grow. Mayer’s tour revolves around dialogue. “People have their own stories to tell,” she says. “That helps us give a better-rounded story the next time.”

A favorite story of LCPL involves the infamous gangster John Dillinger, who visited a La Crosse barbershop two days before he was killed in Chicago. Forty years later, the first line of the local barber’s own obituary was that he gave Dillinger a haircut. Brouwer says stories like these will remain in circulation, but the library frequently comes across new material that has potential to become part of the tour.

As each tour’s bank of stories grows, so does its popularity. Staff at LCPL, KCPL, and HLHS noticed early on that their programs attracted people from neighboring cities and counties.

Brouwer says the tour is a “doorway to talking to people about what the library can do” and has recommended other library services to Dark La Crosse fans. He also notes a trend of intralibrary partnership. “Because of the increased visibility of the archives [department], other departments are more comfortable approaching us and working collaboratively.” 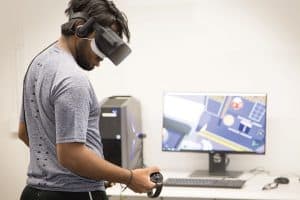 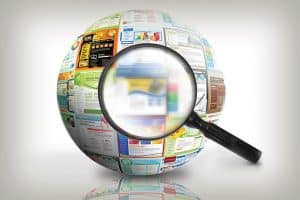 Redefining the role of school librarians