In January 1948, Indiana University (IU) biologist Alfred C. Kinsey rocked the world with publication of his groundbreaking book, Sexual Behavior in the Human Male, which presented a unique heterosexual–homosexual rating scale. He had founded the Institute for Sex Research just a year earlier in 1947 and was well on the way to becoming the most widely known sex researcher in the country.

Today, sexuality and sexual issues remain at the forefront of news, from the rise of the #MeToo movement to the acceptance of gay marriage. Kinsey began the open discussion of sex with a marriage course he taught to seniors and married students 80 years ago in 1938 at IU. With the support of IU President Herman B Wells, he began collecting sexual histories as an effort to develop proper scientific research and inquiry about sexual behaviors.

Wells said at the time of the second Kinsey report, Sexual Behavior in the Human Female, in 1953, “The university believes that the human race has been able to make progress because individuals have been free to investigate all aspects of life. It further believes that only through scientific knowledge so gained can we find the cures for the emotional and social maladies in our society … I agree in saying that we have large faith in the values of knowledge, little faith in ignorance.”

A unique library and collection

Researchers from many fields use the Kinsey Institute for Research in Sex, Gender, and Reproduction’s library, collections, and scholarly archives to learn more about the history of sexuality. Some of the collection includes the works of researchers William Masters and Virginia Johnson, the photographs of Robert Mapplethorpe, and the original data and codebooks from the Alfred Kinsey era. The collections are vast and include sources such as art dealers, authors, artists, and individuals. Kinsey purchased well-known erotica such as Fanny Hill and My Secret Life as well as private individuals’ manuscripts and personal collections of erotica, which could include magazine clippings, comic books, sex magazines, films, art, and photographs. Some of the best collections that Kinsey himself collected are those of photographer George Platt Lynes and artist Andrey Avinoff, who painted butterflies and human forms. Kinsey also collected the works of gynecologist Robert Latou Dickinson, including publications and writings about marriage, women’s health, pregnancy, maternity, and sexuality.

One piece in the collection is especially poignant. When a woman known simply as “an American mother” heard about the publication of Kinsey’s first book, she reached out to him to provide her 1935 original letter from the founder of psychoanalysis, Sigmund Freud. She had asked Freud to help her with her son. He answered her, in part:

“I gather from your letter that your son is a homosexual. I am most impressed by the fact that you do not mention this term yourself in your information about him. May I question you, why you avoid it? Homosexuality is assuredly no advantage but it is nothing to be ashamed of, no vice, no degradation, it cannot be classified as an illness; we consider it to be a variation of the sexual function produced by a certain arrest of sexual development. Many highly respectable individuals of ancient and modern times have been homosexuals, several of the greatest men among them. (Plato, Michelangelo, Leonardo da Vinci, etc.) It is a great injustice to persecute homosexuality as a crime and a cruelty too.”

This item remains one of the most significant collection items at the Kinsey Institute, as it shows the historical progress of the social acceptance of homosexuality. The American Psychiatric Association would take almost 38 more years to declassify homosexuality as a mental illness from its Diagnostic and Statistical Manual of Mental Disorders in 1973.

As Ruby Ray Daily, a graduate student in the department of history at Northwestern University notes, “Unlike many national archives or more formal institutional archives, the Kinsey collections feature an unusual amount of ephemera and records from liminal communities. Sources that are often destroyed, lost, or undervalued by national archives and large institutions have found a home at Kinsey. I often urge my colleagues to look into the Kinsey collections whether or not they work on American history—as a British historian I have found a tremendous amount of useful material there, and I feel like you can never make assumptions about what resources Kinsey may have to offer because their special collections are so diverse and capacious.”

Last year, as part of the institute’s 70th anniversary, the Kinsey Institute Library and Special Collections worked with IU creative writing professor Samrat Upadhyay to establish the Kraft-Kinsey Award. The $1,000 prize honors an IU MFA student who uses the institute’s collections and archives in a project that connects human sexuality and art. Yael Massen, a poet and MFA student in creative writing who graduated in May, was the first recipient. Massen took the encrypted codes that Kinsey and his colleagues used to record their data to express her own experiences as a victim of campus sexual violence. “I am very grateful for the time and financial support afforded to me by the Kraft-Kinsey Award,” Massen says. “To be given the Kinsey stamp of approval for the type of research I was interested in made me feel like my work was being taken seriously, which typically doesn’t happen to someone who studies creative writing and sexual assault.”

The gaps in our knowledge of sexuality—as Kinsey spoke about more than half a century ago—still exist, as we witness daily occurrences of sexual ignorance, violence, injustice, or lack of information about sexuality. The Kinsey Library and Special Collections continue to document the demands, struggles, tragedies, and triumphs of individuals and communities concerning human sexuality.

LIANA HONG ZHOU is director of library and special collections at the Kinsey Institute at Indiana University, Bloomington. 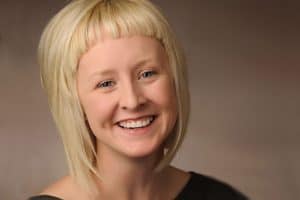 A Conversation with Author Katie Scherrer 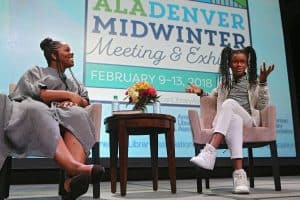 A diversity of voices in Denver