Stats about the movement for free access to scholarly research

11
Number of years ago that International Open Access Week was first observed. In 2007, a coalition of US college students, researchers, and librarians celebrated Open Access Day, which was extended to Open Access Week the following year and has evolved into a global effort.

$8.8 billion
Collective dollar amount that the world’s academic libraries pay in subscription fees for access to almost 2 million new papers annually, according to an estimate by the Max Planck Society.

8
Years of jail time Colombian biologist Diego Gómez Hoyos faced in a criminal trial after uploading another scientist’s paper to a public platform. Gómez was cleared of all charges in 2017, but court proceedings took four years.

521
Percent that average expenditures for serial resources has increased for Association of Research Libraries member institutions from 1986 to 2015.

3
Number of companies—Reed-Elsevier, Springer, and Wiley-Blackwell—that controlled about half of the scientific journal market in 2013.

1996
Year that researchers for the Human Genome Project, the first high-profile project to commit to open scholarship, agreed to make their data publicly available. This decision accelerated the sequencing of billions of DNA base pairs, leading to new gene discoveries.

JORDAN SARTI is an editorial intern at American Libraries. 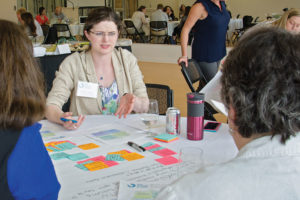