Librarianship is a distinct and autonomous profession. And it’s the central role of the American Library Association (ALA) Committee on Accreditation (COA) to ensure that accredited programs are qualified to prepare individuals for careers as librarians. The accreditation process serves the profession and the public, including students and consumers of library services.

The 2010 ALA-COA Memorandum of Understanding is clear on that. It makes no mention of preparing students for other professions or for alternative information careers outside librarianship. Nor is there mention of “information science” or any of the other pursuits often included under the umbrella term the information professions. However, including the term information studies does acknowledge the relevance of other occupations in evaluating academic programs preparing librarians.

Let’s look at two trends in detail: the iSchool movement (the expansion of library school curricula to encompass the growing information, technology, and knowledge sectors) and the expansion of the definition of information professionals.

Michael Seadle, executive director of the iSchools organization and a professor at the Berlin School of Library and Information Science, says, “The growth of the international iSchools group and the broadened definition of information science represent defining trends because they cut across disciplinary and national boundaries.”

Likewise, Clara M. Chu, president-elect of the Association of Information Science and Technology (ASIS&T) and director of the Mortenson Center for International Library Programs at the University of Illinois at Urbana-Champaign, says both “trends are compelling and call for us to reflect on not only the evolution of our field but also of higher education.”

The expanded definition of the information professions began in the mid-20th century with the establishment of ASIS&T, but it attained a special relevance in 2007–2008 when ASIS&T received a grant from the Council on Library and Information Resources to analyze the LIS workforce. The resulting report listed among its key findings that “approximately 900 distinct information-related master’s degrees [were] offered across 468 institutions.”

Most of these degrees were in the business domain, but one-third were in the engineering, computer science, information science, and applied information science/informatics domains. “The remainder,” authors Samantha Becker and Bo Kinney wrote, “were mostly distributed among biological and health science, library science, public administration, communications, and education.” The report recommended caution in establishing a new accreditation agency for information schools, advising that existing LIS agencies and graduate programs would determine the need for accreditation in what was described as a “crowded field.”

The Committee on Accreditation accredits programs, not degrees.

Both the growth of the iSchool movement and the expansion of the definition of information professionals have resulted in pressures on COA to expand its accreditation standards to include proficiency in professions beyond librarianship. We see evidence of this in the dropping of “library” from the names of many iSchools with ALA-accredited programs and the development of degrees that are profession-specific, such as degrees in information or information studies.

In fact, two schools have two distinct ALA-accredited programs. Both Indiana University in Bloomington and the University of North Carolina at Chapel Hill offer students a choice of a master of library science and a master of information science, each accredited by ALA. In both cases, however, the degree granted is a program accredited for the education of the distinct and autonomous profession of librarianship.

The difference between the accreditation of a program and the name of the degree granted is further confused by the directory of ALA-accredited programs, which until just recently referred to “Degrees accredited by the American Library Association” below the name of each school. COA clearly states in the standards used to evaluate programs that it accredits programs, not degrees. Updating the text in the directory to read “Degree program(s) accredited by the American Library Association” was a step toward eliminating this confusion.

In 2016, ASIS&T issued a position statement indicating an interest in working with ALA on accreditation. In 2017, the ALA Task Force on the Context of Future Accreditation called for a resolution of what it described as the “long-term tensions/differences between library science and information science.” An Institute of Museum and Library Services forum in 2017 also raised the issue of the identity of LIS education, suggesting a process of credentialing as an alternative to the current procedures.

The increasing number of specializations within ALA-accredited programs is likely a result of the expanded definition of what constitutes the information professions, but some public librarians have expressed concern over whether ALA-accredited programs are meeting the needs of library employers. Some public library directors and LIS educators met at ALA Midwinter Meetings in 2018 and 2019 for an open conversation about the preparedness of new grads to work in public libraries. Participants have committed to keep the conversation going at future conferences. For more information, see Public Libraries–LIS Education.

TERRY WEECH is associate professor in the School of Information Sciences at the University of Illinois at Urbana-Champaign. 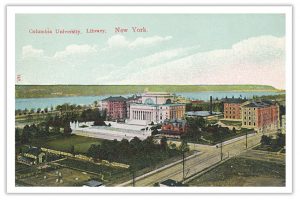 By the Numbers: Library School

Stats on the rank, tuition, and demographics of MLIS programs

The Future of the MLIS