Scientists who study specific types of animals or plants can be challenged by the fact that species information is often limited to only one or two libraries in faraway places. The Biodiversity Heritage Library (BHL), headquartered in the Smithsonian Libraries in Washington, D.C., was formed in 2007 as a consortium of institutions dedicated to making taxonomic information openly available through its digital portal.

Martin R. Kalfatovic, BHL’s program director, estimates that its 20 member libraries and 22 affiliates have scanned upwards of 147,000 titles, ranging from the 15th century to the present, with information on more than 180 million species. “Though most of them are scientists,” he says, “about 72% of our users are also interested in the artwork that these sources contain.” For example, artist Emily Williams found inspiration for her series of glass sculptures on ocean life in Henri Marie Ducrotay de Blainville’s manual on marine invertebrates from the 1830s.

Joshua Drew, formerly a researcher at the Field Museum of Natural History in Chicago, for example, finds the BHL collections vital for “characterizing what ecosystems used to look like and what species were present” so that he can help model conservation strategies for marine ecosystems in the South Pacific.

Perhaps the ultimate tribute was given by Hungarian zoologist Barna Páll-Gergely, who in 2015 named a new species of tiny snail from southeast Asia after BHL, Vargapupa biheli, as a way of thanking the library for the “multitude of rare literature” it provides. 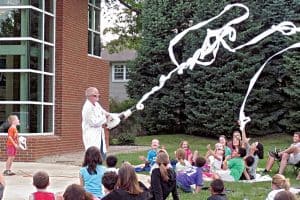 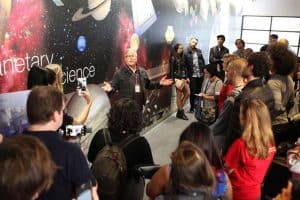