At the Richland Library Main Makerspace and Woodshop in Columbia, South Carolina, patrons can use a band saw, learn their way around a sewing machine, or join a “build-a-thon.” But earlier this year, one teenage user expressed a different goal: To sign her name, rather than print it. That led Teen Services Supervisor Jennifer Naimzadeh to decide that her branch should offer workshops in cursive writing.

At one time, cursive was routinely taught in US schools as a way of writing more quickly and elegantly than printing was perceived to permit. In 2010, the National Governors Association and the Council of Chief State School Officers removed cursive from the Common Core State Standards on the grounds that teaching students cursive was less important than teaching them to communicate via technology.

That prompted a backlash from some parents, academics, and politicians who argued that without the ability to read and write cursive, children lose out on everything from enhanced brain development to superior fine-motor skills (not to mention the ability to decipher birthday cards from Grandma).

Still other studies have found evidence for the superiority of handwriting in general—not cursive in particular—for facilitating reading and language acquisition in young children and for increasing performance on conceptual questions. The latter, co-authored by RAND Corp. Policy Researcher Pam A. Mueller, suggests that writing by hand helps people “retain material much better” than typing does, Mueller says.

People who write by hand—whether they use cursive or print—likely retain more information than typists because writing’s comparative slowness means they have to make mental choices about the information they capture, Mueller says. In contrast, someone who types can get more information down more quickly, but without the mental processing that aids retention.

In other words, while handwriting in general appears to be beneficial, it’s not clear that cursive is superior to printing. That doesn’t stop cursive advocates from making an additional argument: Without knowing how to read or write it, supporters assert, future generations will be unable to decipher historical documents. “It will become an issue if people can’t read the cursive of other generations,” Mueller says.

In recent years, perhaps as a backlash to cursive’s removal from the Common Core, many states have passed laws requiring cursive writing to be taught in school. Still, students in other states may not be learning cursive at all. The same goes for older students in states where cursive has been required only in recent years, and only at the elementary level (like South Carolina).

Prompted by demand from patrons who perceive cursive as a necessary life skill, some libraries in the United States (as well as in Canada, where the teaching of cursive is mandatory in only some provinces) have begun to offer cursive workshops. Sometimes cursive is offered as part of a larger “Adulting 101” series; sometimes separately.

Naimzadeh’s workshops, aimed at teenagers, take place a few times yearly. Some of her participants come of their own accord, while others are there at their parents’ behest: “For the parents, I’ve noticed that they think of cursive as part of being a well-rounded adult,” she says. “When teens come of their own volition, they are usually more interested in improving their penmanship and working on their skills in hand-lettering and artistic cursive.” That’s why she plans to gear future workshops around activities such as creating elegant invitations or bullet journals.

After noticing that many children—including her own—couldn’t sign their names on their library cards or artwork, Jenn Carson, director of the L. P. Fisher Public Library in Woodstock, New Brunswick, Canada, began offering cursive workshops a few times a year for anyone five or older.

Each one-hour workshop draws about five to seven attendees, usually children brought by their parents. After learning the straight lines, loops, curves, and joining that cursive requires, participants go on a “treasure hunt” for library items written in cursive, such as a collection of historical newspapers that include cursive advertisements. Students do not learn to write all 26 upper- and lower-case letters in the allotted time, but Carson provides all students with a workbook to take home.

“I like that people are realizing that libraries are resources” for learning cursive, Carson says. Often her students return to the library to show her that, yes—they can sign their library cards now. 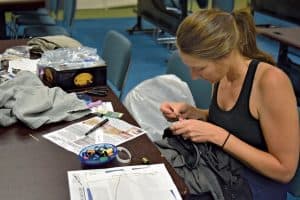 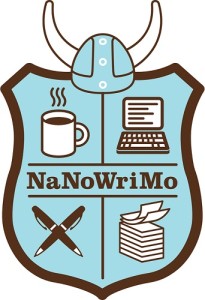