When Mandel Public Library (MPL) in West Palm Beach, Florida, started offering binge boxes—which it calls binge bundles—this year as part of its summer reading program, its DVD circulation more than quadrupled in a single month, jumping from 125 in June to 528 in July, according to MPL Library Supervisor Janet Norton.

Mirroring offerings from Netflix and Hulu, libraries are seeing renewed interest in materials through the creation of binge box collections—sets of movies and television shows on DVD with related themes and titles to help sate patrons’ binge-watching needs. “We were just going to do it for [a] summer and put it on display downstairs, but there was such a great response, we’ve kept it and we’re restocking them,” Norton says.

Binge boxes are not only attracting patrons, they’re giving libraries an opportunity to recirculate duplicate DVDs. “It is great because we were able to use an existing product we had [and] market it in a whole new way,” Norton says.

Quincy (Ill.) Public Library (QPL) Director Kathleen Helsabeck says her library embraced binge boxes to make use of surplus DVDs. When patrons donated them to QPL’s collection, the library often had a duplicate copy, but “we didn’t want to throw it away,” Helsabeck says.

QPL started its collection about a year ago, mainly with children’s titles, but its popularity prompted the library to grow the program to about 100 binge boxes and include more offerings for all ages. The program is so popular, the library has since dedicated a small portion of its budget to creating more binge boxes.

“Everybody likes to binge-watch on the internet,” she says. “Why don’t libraries do it with the collection we already have?”

Bismarck (N.Dak.) Veterans Memorial Public Library (BVMPL) started offering binge boxes about three years ago after Library Director Christine Kujawa saw a Facebook post about another library’s collection. In Bismarck, each box comes with four to six movies. The most popular themed boxes include “80s Rewind,” “Perpetually Popular Pixar,” “It’s the End of the World as We Know It,” and “Family Movie Night.”

BVMPL started with around 30 boxes but later increased the collection to about 80 with funding from the Bismarck Library Foundation. The library promoted the collection with a giveaway of popcorn and candy to the first 30 patrons checking them out. “It was really popular, and the public responded positively to it,” Kujawa says. “We started on a Friday, and by Sunday all of the binge boxes were checked out.”

Rachel Hoover, adult services librarian at Thomas Ford Memorial Library in Western Springs, Illinois, says the library promoted its collection by holding a contest that allowed patrons to vote online or at the library for the next binge box theme. The winner: A fairy-tale adaptation box titled “Once Upon a Time.”

“It was amazing to get feedback from patrons on what they wanted to see in the collection,” Hoover says. Harry Potter, Star Wars, and the library’s Pixar binge boxes have been among the most popular, she says.

When it comes to managing checkouts, Hoover recommends coordinating with technical services or whoever catalogs material at the library on how to package the materials. Some libraries catalog the entire binge box as one item—which also lets some binging patrons surpass DVD checkout limits. Smaller libraries, however, may not need to catalog the sets to get a collection started. Norton says BVMPL’s program still has its DVDs cataloged as separate items so as not to burden its cataloging staff. Library staffers created a spreadsheet that allows them to flag and locate the DVDs used in binge boxes to determine whether they’re checked out.

Unlike other media, binge boxes are quick and easy to create—and in many cases librarians can start a collection with little to no money, according to QPL’s Helsabeck: “If you have donations and duplicates, tape some boxes together and you’ve got yourself a binge box.” 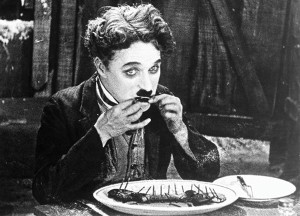 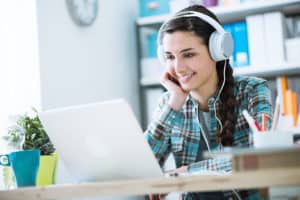