For traditional undergraduates of the Class of 2020, YouTube, Netflix streaming, and the first iPhone have all been around almost as long as they can remember. This generation expects its media to be easy to access and easy to use. Small wonder that on our campus, Netflix makes up about 70% of network traffic after 5 p.m.

Even if our undergraduates wanted to listen to a CD or watch a DVD, they probably couldn’t, as many of their tablets and laptops don’t include an optical disc drive. This is occurring at the same time that many faculty use the “flipped classroom” model, which requires students to engage with material, including videos, outside the classroom and come to class prepared to discuss them. Many academic institutions are offering more online classes and fully online programs, with all the associated copyright compliance, encoding, and hosting issues that video delivery entails. Technology departments are also phasing out support for such obsolete formats as video cassettes and removing aging tape players from classrooms.

Streaming video makes library materials available on any device, at any time, and in any location. For academic libraries, a wide array of streaming video content, platform, hosting, and licensing options is available. What are the choices?

Just as with ebooks, there are many ways to choose and pay for streaming films. Libraries can select topical or producer packages or pick specific films that users request. Once selected, a film or package can be leased for a specific amount of time or purchased outright for permanent access with an annual hosting fee.

Libraries can also choose from a couple of other models: patron-driven acquisition (PDA) and demand-driven acquisition (DDA). In both models, libraries choose the packages to add to their collections. In the PDA model, a lease or purchase of a film is triggered after a certain number of user views, usually four or five. PDA funds are paid up front with a flexible deposit amount—very helpful for smaller library budgets. Meanwhile, the DDA model allows librarians to choose leases or purchases after examining user viewing data; it generally requires a library to agree to a higher minimum deposit in order to participate.

Then, too, it’s possible to select more than one option. For example, a library can go through a DDA program and purchase an entire package of films for permanent access. Another library can put a small deposit into a PDA fund, then have its own patrons trigger title-by-title film leases that will end in three years.

Many libraries may find vendor-hosted streaming media to be beneficial as well. If a library has permission to stream content but does not have a streaming server itself, librarians can upload a file to a vendor’s platform and pay an annual hosting fee. However, the vendor relies on the library to ensure that all uploaded files comply with copyright or leasing restrictions.

Libraries should also realize that feature films are rarely included in streaming media platforms, and that when they are, they come with many more caveats than documentary and educational films do. Susan Albrecht, library media acquisitions manager at the Lilly Library of Wabash College in Crawfordsville, Indiana, notes that in the case of feature films, “faculty have very specific films in mind that they want to use in their courses. They don’t want a film on a subject but want this specific film.” However, feature films are often much more expensive, not available for outright purchase, hosted only by a limited number of vendors, and are more prone to be removed from a platform when licenses with producers or distributors expire. And some feature films, such as content created for HBO, aren’t available at all from institutional vendors.

Each selection and purchasing option has its pros and cons. Selecting an entire package of films is an easy way to build a collection quickly in a specific subject area—though it’s often the case that most films included in large collection packages are never watched. That said, deg farrelly, media librarian at Arizona State University, notes that “90% of academic libraries that have streaming video subscribe to at least one collection.”

On the other hand, title-by-title selection is often appropriate for course reserves, where you know exactly what the students need, or for feature films requested by faculty. Unfortunately, not all documentaries or feature films are available individually, either outside of packages or on streaming platforms.

Whether to lease or purchase a film or package is a library-specific decision. Leasing requires less money and creates more flexibility, but purchasing a collection allows a library to have permanent access to the films and to establish a preservation policy. When a lease expires, the film may not be available to lease again because producers can choose to remove a film from a platform.

But purchased packages often have a lower return on investment, meaning a higher cost per view, because they have a larger total overall cost,  and because most films in the package might never be viewed. In this case, Albrecht says that her small four-year residential liberal arts college “simply does not have the resources to subscribe to large collections or subject packages on the off chance that some faculty member or student somewhere might find some good stuff to use some day,” and thus she highly recommends the PDA model.

PDA and DDA models really engage users in the selection process, increasing the likelihood that leased or purchased films will be viewed. PDA models allow users to decide what the library adds to its collection, and DDA adds an extra library-mediated step. A major benefit of money dedicated to a PDA is its flexibility for library budgets, whereas DDA requires a larger commitment. Before making these decisions, each library should consider its long-term goals in adding streaming videos to media collections.

Where do we go from here?

Platforms, packages, access, and purchasing models for streaming videos in academic libraries have changed dramatically since 2013 and will likely continue to evolve. Over the past year, for example, some smaller vendors have started making their films available on larger vendors’ platforms, while some independent filmmakers have partnered to create their own platform and purchasing models.

In addition, the platforms themselves have continued to evolve. “Vendors are now moving beyond usage statistics and developing ways to increase and measure user engagement with video content,” says Sarah McCleskey, head of access services at the Axinn Library of Hofstra University in Hempstead, New York.

Given all of these issues, academic librarians who are considering adding streaming video to their collections should first figure out their desired outcomes and work backward. As McCleskey notes, “Different collection development approaches work for different types of libraries. The media collection at Hofstra, a midsized university, supports the curriculum of the university. It is not our intent to collect at the research and preservation level.” But if permanent access and preservation are core values for your collection, then you might want to explore purchase options first.

As farrelly says, “Large research libraries have a greater responsibility for collection development, ownership, and preservation of the human record of knowledge than do smaller, non-research institutions.” On the other hand, if your library has a limited media budget, then PDA might make sense for you. As Albrecht mentions, the PDA model “ensures that we are only paying for access to items that will genuinely receive use.” But if your library fears that PDA would have a negative impact on your collection, then DDA might work best.

In streaming videos for academic libraries, it really is a matter of discovering what’s right for you.

JENNIFER FERGUSON is liaison librarian at Simmons College in Boston, and ANNIE ERDMANN is head of electronic resources and access services at Nebraska Wesleyan University in Lincoln. 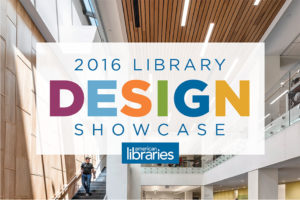 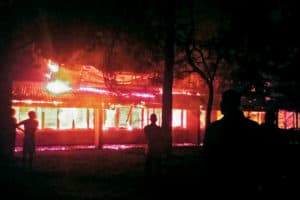