The old woman, hunched and leaning heavily on her stick, grips Idress Siyawash’s hand firmly in her own. “Keep doing what you are doing,” she says. “You are the future of this country.”

Siyawash’s voice cracks as he recounts this scene from a small village in Afghanistan. Siyawash, a student at Jahan University in Kabul, is founder and chief of a small organization called Read Books (in Pashto: Ketab Lwast), a mobile effort to improve youth literacy rates in Afghanistan by providing books and reading instruction to children in rural areas.

Years of war have left Afghanistan with some of the lowest adult literacy rates in the world—about 45% for men, and about 17% for women. Siyawash, who launched Ketab Lwast with the help of some fellow students in 2018, is determined to change this. Together with volunteers from universities across Kabul, he and his team travel to rural regions on a weekly basis, bringing both books and enthusiasm.

“Our idea is to show that reading can be fun, and explain why education is so important,” says Siyawash. “If we give the children books, even simple books, they can start to learn the language and enjoy the stories. But it might also help them see the world in a different way and help end the way of thinking that is holding this country back.”

Afghanistan has a proud literary tradition that includes contemporary writers such as Reza Mohammadi and Khaled Hosseini. However, under the Taliban regime (1996–2001), books considered un-Islamic were burned. Many libraries, including the entire library of Kabul University (which had also served as the national library) were looted or shut down. In total, 15 of Kabul’s 18 public libraries were closed during the Taliban’s reign.

In recent years, efforts to encourage reading and education have increased, but much work remains to be done. A 2016 survey of 324 Afghan libraries by library consultant Rebecca L. Miller found that the typical collection size was 1,000–2,500 volumes, with only four libraries having more than 20,000 volumes. Sixty-four percent had no computers, 55% did not have library training, and only one (the American University of Afghanistan) offered access to online journal databases such as JSTOR.

“In some regions, children don’t go to school,” says Siyawash. “The madrase (schools) were taken over by the Taliban, and some have remained closed. Many parents still don’t want to send their daughters to school, and because of poverty, even some of the boys don’t finish primary school. We want to change that, and we believe teaching children to read is the first step.”

The Kabul-based team works mainly in remote towns and villages as far as 250 miles away. They contact the village maleks (elders) by cell phone and promote their visits on local radio before arriving by car. The organization is also active on social media. Though many of the people it is trying to help do not have internet access, online posts help raise awareness and secure funding from wealthier, urban Afghans (Ketab Lwast is funded via a membership model in which donors pay 100 afghanis, or about $1.30, per month).

On the day of the visit, Siyawash and his team arrive by car. Siyawash pulls out his electric-blue bicycle, complete with a basket of books, and rides around the village to drum up interest. As he cycles, he announces via a megaphone and loudspeaker attached to his handlebars that Ketab Lwast has arrived and will soon be distributing books. He is sometimes accompanied by Javed Amirkhel, a local singer and close friend who acts as a Pied Piper: Children hear his songs and follow, either on their own bikes or on foot.

The team then sets up camp at a school or mosque and distributes learn-to-read books and stationery to the assembled children, while explaining to them the importance of education. Siyawash instructs the children to copy out letters and words from their new books. “Literacy is not just about passively reading, but also about writing, being familiar with letters, learning new words, and eventually, creating new stories,” he says.

The female members are tasked with a more sensitive role: speaking to local mothers and encouraging them to send their daughters to school. While they face an uphill battle to change long-established ways of thinking, the presence of the female volunteers—many of whom contacted Siyawash after learning about Ketab Lwast on social media—is a powerful stimulus for change.

“For some women in rural areas, just seeing our volunteers—young, educated Afghan women—makes them see what is possible,” says Siyawash. “They start to realize that their daughters don’t have to go through the same things some of them have gone through. If they send them to school, they will have more chances in life.”

Siyawash refers to the Taliban, who still control some areas of the country, as “enemies of Afghanistan” who are determined to “keep the country in darkness.” Ketab Lwast volunteers have been threatened on several occasions, he says. “We have encountered the Taliban in Laghman Province and Nangarhar. Both times they stopped our caravan and threatened to kill us if we continued. Shortly after their threats, one member of our team, Emal, was abducted by unknown gunmen in his car in Kabul, and severely beaten. When he was finally released, he had to go to India for treatment.”

Despite the danger, Siyawash has no interest in giving up. “Where they spread hate and fear, we will spread books and learning,” he says. “We want a different future for Afghanistan.” 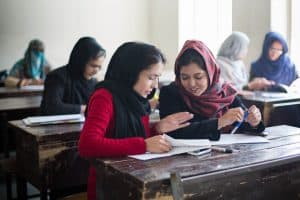 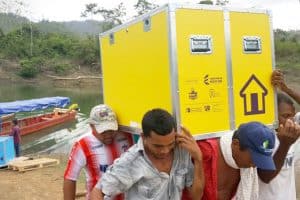