2006
Year that US President George W. Bush proclaimed May Jewish American Heritage Month (JAHM). The month celebrates the contributions Jewish Americans have made since they first arrived in New Amsterdam in 1654.

5th and Market
Intersection in Philadelphia where the National Museum of American Jewish History—since 2018, the home of JAHM—is located. JAHM events have also been held at the US Capitol and White House, and federal agencies such as the Library of Congress, National Park Service, Smithsonian Institution, and United States Holocaust Memorial Museum have worked to promote awareness of the month.

4,879,978
Number of miles, or 186 orbits of the earth, that the original 2006 JAHM presidential proclamation has traveled. Jewish-American astronaut Garrett Reisman, the first Jewish crew member on the International Space Station, brought the proclamation with him aboard the US space shuttle Atlantis.

50,000
Number of volumes held by the American Jewish Historical Society library. Holdings include the A. S. W. Rosenbach Collection of American Judaica, with more than 350 books and pamphlets published before 1850 relating to Jews’ experiences on the continent.

1897
Year that New York Public Library’s Dorot Jewish Division was established, just two years after the formation of the library. The division contains more than 250,000 items on the secular and religious history of the Jewish people, including a rich collection of primary-source materials on Jews in the US and New York during periods of immigration.

39
Number of episodes—and counting—of the Jewish Women’s Archive podcast Can We Talk? Launched in 2016, the podcast features stories and conversations about Jewish women and the issues that shape their public and private lives.

13
Number of states—including Mississippi, North Carolina, and Texas—that will be represented in the Museum of the Southern Jewish Experience, dedicated to the history and artifacts of Jewish life throughout the American South. The museum is set to open this fall in New Orleans.

1968
Year the Sydney Taylor Book Award was first presented by the Association of Jewish Libraries. The award is given annually to outstanding books for children and teens that authentically portray the Jewish experience. 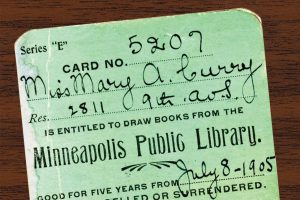 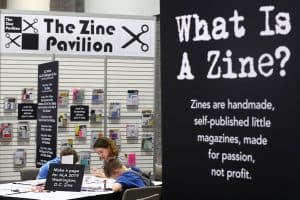