When people in the US cannot afford an attorney’s services or don’t know the answers to legal questions, they often turn to their local library. Which is exactly why the Law Librarians of New England and its Access to Justice Committee offers targeted resources, education, and outreach to public librarians in their region.

The right to an attorney pertains only to criminal—not civil—matters. A 2017 report conducted by the congressionally established Legal Services Corporation estimates that 86% of civil legal problems reported by low-income adults in the US that year received inadequate or no legal help. Further, if someone is accused of a crime, they might not financially qualify for representation, or a court-appointed attorney might have so many cases that they may be able to spend only 10 minutes on each of them.

For those dealing with legal issues—such as getting a divorce, being evicted from an apartment, or getting fired because of discrimination—without representation, there are often two avenues available: the internet and the public library. And though librarians may have access to legal resources and necessary forms, nearly every legal question a patron could ask is more complicated and nuanced than it seems.

That’s where we come in. We’re the Law Librarians of New England (LLNE), a regional chapter of the American Association of Law Libraries with more than 250 members—librarians and information professionals who work in law schools, courthouses, law firms, government agencies, and legislatures. We have been actively working for a decade to link nonlaw public librarians and law librarians in an effort to close the justice gap.

An early initiative of LLNE and its Access to Justice Committee was donating small collections of legal books to public libraries in underserved areas in each New England state. Though the books were well received, librarians told us they would benefit most from basic legal reference instruction. In response, LLNE members started a website called LLNE Legal Link, a clearinghouse of information, tutorials, and best practices for public librarians. The site includes patron referral options, primary and secondary sources, and content specific to the six New England states.

LLNE Legal Link’s critical takeaway for librarians? Always remember you are not a lawyer and cannot give legal advice. Though patrons may feel overwhelmed by their situations, one of the best responses to give a patron in need is: “I am not your attorney and cannot tell you what to do or advise you on how to interpret the law. However, I can help you find resources that might be helpful for your research.” Librarians should not define legal terms, fill out forms for patrons, or even read documents aloud to them. They can, however, refer patrons to outside resources. These include local law libraries, court service centers, lawyer referral services through local bar associations, legal aid agencies, and law school clinics.

Beyond the website, LLNE members have given presentations at state, local, and regional library conferences about how to provide basic legal reference and craft reference policies in a public library environment. To further assist staffers, LLNE began awarding two scholarships annually for nonlaw librarians in New England to take a six-week class in legal research basics at a Boston-area law school every spring. This scholarship program has been an effective outreach and skill-building tool.

Outreach has been key in our mission to increase access to justice. LLNE members have volunteered with and donated to a number of projects over the years. In 2016, members donated a collection of new legal and nonlegal books to the Rhode Island Department of Corrections (RIDOC) library system and advocated before RIDOC leadership for less restrictive library policies. As another service project, LLNE held a fundraiser for the New England Innocence Project, an organization that works to correct wrongful convictions. In 2018, LLNE members held a transcription party to extend digital access to Rhode Island’s early suffrage documents from a collection maintained by the Rhode Island Secretary of State’s Office.

As law librarians, LLNE members have specialized legal skills and knowledge. That expertise is most powerful when it is used to help self-represented litigants and the public library workers who assist them. We are proud of the collaborations we have forged with dedicated and passionate librarians in our region and continue to look for tools, technologies, and partnerships to bridge the gap in our justice system. 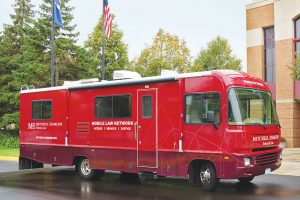 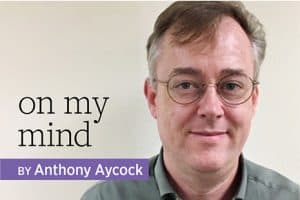 Unauthorized Practice of Law in the Library