Responding to a Threat

The importance of immediate action

How you and your staff react to a threat is paramount to the success of your response. The inability to react effectively may damage your facility or collections and could contribute to injury or death.

Take the Cologne Archives in Germany, for example. The archives building was constructed in 1971 to hold myriad materials, some of which date to 922 AD. The building was located in downtown Cologne next to a tunnel that was being excavated for a subway line. On March 3, 2009, construction workers noticed large cracks appearing in the building structure, and they notified archives staff and patrons about the impending disaster. Three minutes later, the building collapsed. Two people died, both of whom were inside an adjoining building; all archives staff and visitors were able to escape the six-story building.

Three minutes may not sound like a lot of time, but much can happen in three minutes. Think of your library. Could you evacuate all patrons and staff within three minutes on a busy weekday afternoon? Use this three-minute measure as a cautionary guide for your evacuation planning efforts.

Planning responses based on potential risks

Fortunately, not all threats require an extreme response. Some allow ample lead time for careful planning and mitigation, whereas others offer no warning. When faced with a sudden emergency, those responding may be at the mercy of the situation, but even for unforeseen events, carrying out plans put in place ahead of time can help to mitigate the impact and improve outcomes.

Following is a list of potential risks that can be considered either a disaster or a major cause of service disruption. They can be grouped into three categories: advance warning, little warning, and no warning, with some falling into more than one category. Grouping risks can help with emergency planning, since response procedures will be similar within each group.

Some events provide advance warning, which affords the opportunity to plan ahead. Of these events, one of the most common and destructive is a hurricane. Fortunately, modern storm-tracking technologies make it possible to assess this type of risk. Other types of disasters that offer advance warning include severe winter storms and pandemics.

Weather-related events. Hurricanes can be quite destructive. However, in most cases, you and your staff may have several days to prepare, as their paths are somewhat predictable. Hurricanes, like the other risks in the advance warning category, usually require no immediate response procedures because of the availability of weather reports. Even these relatively slow-moving storms do, however, require carefully thought-out response procedures as well as mitigation steps.

Public health events. In the summer of 2009, many libraries worldwide were preparing to deal with possible consequences of the H1N1 influenza (“swine flu”) pandemic. An example of the types of plans being made can be found on a website produced by the Wisconsin Department of Public Instruction, which released guidelines for public libraries specifically urging libraries to work with their municipalities “to determine what services the library might be expected to provide in the event of a pandemic outbreak in the community.” In addition, the American Library Association has advised its members to develop policies to address the following issues:

On August 10, 2010, World Health Organization Director-General Margaret Chan announced that the H1N1 virus had moved into the post-pandemic period; however, she cautioned, localized incidents were likely. “Based on experience with past pandemics,” she said, “we expect the H1N1 virus to take on the behavior of a seasonal influenza virus and continue to circulate for some years to come.”

Other illnesses that could require a public health emergency response would be an E. coli outbreak, food-chain terrorism, and superbugs, which are bacteria that are resistant to antibiotics. Each of these risks has the potential to be dangerous and could be included in the “little advance warning” category.

When planning for any incident for which you would have advance notice, expect the worst and be thankful if it does not happen. Being well prepared for the worst possible scenario can mean the difference between a minor emergency and a catastrophic event.

Your library’s ability to respond to emergencies is measured by how well situations with little advance warning are handled, including tornadoes, tsunamis, an active shooter, protests and social unrest, and bomb threats. Open communication is essential when responding to these incidents, specifically communication between public safety agencies and the library.

Tornadoes. Tornadoes can be catastrophic, and while forecasters now announce warnings when conditions exist for their formation, the paths and intensity levels can still be very unpredictable. Librarians should check with public safety personnel at their parent institutions or in their communities to determine what alerting systems exist for tornadoes in their areas and how these can be incorporated into planning.

Riots and mobs. On June 15, 2011, riots broke out in Vancouver, British Columbia, following the hockey team’s game seven loss in the Stanley Cup finals. Vehicles were overturned and burned, stores were looted, and police were confronted. Vancouver officials took steps to keep violence at bay, such as limiting access to the area, but mayhem still ensued, and several people were arrested and injured throughout the evening. Fortunately, the Central Library suffered minimal damage during the riots, with only a short-term closure of the children’s library because two windows were smashed.

Similarly, on December 10, 2009, more than 600 students at Old Dominion University in Norfolk, Virginia, used social media to stage a flash mob at Perry Library. Captured on video, the event resulted in a packed lobby and included crowd surfing. Police efforts to disperse the crowd failed, and they resorted to using pepper spray.

In some cases, flash mobs and riots can be anticipated, such as in the case of the Vancouver riots, or officials can catch wind of a flash mob through social media. Therefore, libraries may have some advance notice and can prepare a strategy to minimize the impact. Once again, talk to local law enforcement officials about appropriate procedures to put in place at your library. This is necessary because the physical structures of libraries differ, as do the environments surrounding them.

Perhaps the most difficult situation to plan for is an active shooter. The unpredictable behavior of the shooter and the potential for serious harm create sheer terror among everyone in the vicinity. The best strategy for developing responses to an active shooter incident is to consult local public safety personnel for recommended practices. Unfortunately, shooting incidents happen, and they must be planned for.

When there’s no warning

Incidents that occur without warning can produce intense fear and unpredictable behavior. In August 2011, a 5.9-magnitude earthquake struck in central Virginia and was felt throughout much of the Mid-Atlantic region. Because earthquakes are not common in this area, people responded to the shaking in different ways. Some sought cover, some ran from buildings; some took charge, some looked for guidance; some made good decisions, some did not. It is therefore important to drill employees frequently on proper response. At minimum, these incidents can cause damage to library facilities and in worst-case scenarios can result in injury and death. A burst water pipe, for instance, can flood a nearby space without any notice and cause extensive damage.

In January 2008, in just 18 minutes, more than 11,000 gallons of water poured onto the second floor of Renne Library at Montana State University in Bozeman, damaging thousands of materials, which had to be sent to a freeze-drying facility in Texas. The cost of the freeze-drying, paid for by insurance, was approximately $29,000. Unfortunately, this was the second flooding incident at the library, both caused by a burst pipe. The first incident, which had occurred a week earlier, damaged nearly 250 items in the special collections area. Smaller in number but greater in value, the special collections materials took much longer to restore.

If prepared for nothing else, a library should be prepared for water damage. Preparation activities include ensuring that plastic sheeting is available and that highly valued materials are appropriately marked to expedite proper rescue.

Earthquakes, though not as frequent as hurricanes, can be very destructive, as witnessed in Chile, Haiti, Japan, and New Zealand in the last decade. In 1994, a 6.7-magnitude earthquake damaged the library at California State University, Northridge.

In today’s world, cyberterrorism cannot be overlooked or downplayed. Cyberterrorism can pose different threats to your library, including long-term disruptions to power and internet connectivity. Many articles and reports have been written about the vulnerability of the electrical power grid in the United States. R. James Woolsey Jr., Central Intelligence Agency director under President Clinton, testified to Congress that “it would be hard to intentionally design an electricity delivery system more vulnerable and fragile than the one on which the United States presently relies.” As a result of the potential for a major power outage, it is essential that all libraries take this threat seriously, develop plans for days without power, and be aware of emergency power plans at the parent institution.

Well-developed emergency response plans are of little use if library staff members are not well trained. One of the best ways to familiarize them with response procedures is to perform a tabletop exercise during which participants respond to a designated scenario through role play.

Also critical: an after-action review (AAR) to identify successes and deficiencies. To perform AARs, you’ll need to develop a reporting structure. The report itself should feature such information as date and time of incident, staff who responded to the incident, outside agencies involved (police, fire, facilities), and actions taken. Keep the AAR as informal as possible and set ground rules clearly specifying that the purpose of the review is to improve the response system, not to place blame. As a matter of course, staffers should expect an AAR within 48 hours after an incident. Thorough notes should be part of the AAR structure, and all procedural changes that result from the review should be implemented within seven days.

We live in a world of many risks that should be dealt with proactively rather than reactively. Emergency situations are very stressful and can rattle the most composed among us if we are not adequately prepared. Always remember: The most effective preparedness activities involve vigilance and incorporating risk assessment into all ongoing planning. 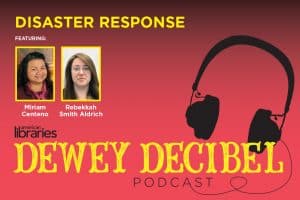 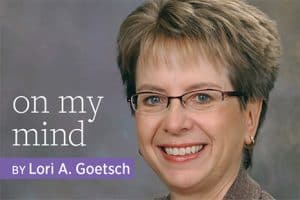