Six years ago, a group of Dartmouth College students petitioned the Library of Congress (LC) to change the catalog subject heading “illegal aliens” to “undocumented immigrants.” Four years ago, the American Library Association (ALA) Council passed a resolution urging LC to comply. LC agreed—before quickly backing down in the face of GOP opposition in Congress. That’s where things have stayed ever since.

Tired of the delays, some librarians have taken matters into their own hands by making the change in their own catalogs, without waiting for LC to take the lead.

Two early adopters of the change: Sol López, technical services manager at the Health Sciences Library and Informatics Center (HSLIC) at University of New Mexico in Albuquerque, and her former coworker Laura Wright, who is now assistant director of metadata production at Cornell University Library in Ithaca, New York.

“I was really motivated when I learned about the students at Dartmouth,” López says. “I am Hispanic, and I am from the border region. My mom is an immigrant. I’ve worked with a lot of immigrant students, and I was always amazed at their stories and abilities. Because of my experience, I felt a very strong need to do something.”

In June 2017, under López’s leadership, the Dayton Memorial Library of Regis University in Denver (where she worked at the time) replaced “illegal aliens” with “undocumented immigrants” in its catalog. One year later, after she began working at University of Colorado Boulder, López and her then-colleague Wright added “undocumented immigrants” as a subject heading alongside “illegal aliens.”

The latter approach is good but not perfect, López says. “I would personally rather not see that offensive term being used at all. Some libraries are able to completely eliminate it. Because the libraries [at UC Boulder] are members of the Program for Cooperative Cataloging and the Name Authority Cooperative Program, it’s important for us to abide by their guidelines,” she said, referring to LC programs that promote common standards for cataloging and sharing materials.

López, who with Wright has created a presentation on the subject, urges other libraries to act. “If you know you have library users who may have undocumented status, it’s communicating inclusion. It’s communicating that they are valued and seen,” she says.

“In the documentary, it was brought up that people don’t understand where the language that we use in our catalog comes from,” Ray says. “When [patrons] see a problematic term in the catalog, they think it’s our decision to use it, and that that term is a judgment on them by the people who work at the library. Once we realized this is how people were viewing it, we knew we had to get that language completely out of our catalog. We didn’t know when this change would be made [by LC], if it would ever be made, and we felt we had a responsibility to make our library as welcoming to as many people as possible.”

In October, Ray’s tweet about the change garnered more than 3,300 likes, along with responses such as “I’m ashamed that it has not occurred to me to do this already” and “Awesome! I did the same!”

We felt we had a responsibility to make our library as welcoming to as many people as possible. Kate Ray, cataloging assistant at Lawrence (Kans.) Public Library

LC Deputy Director of Communications Bill Ryan wrote in a July 2020 email: “We appreciate the concerns raised by our fellow librarians over this subject heading. We recognize that language around many subjects continually evolves in our media and culture. This is a matter the Library of Congress has been considering over the years, and this conversation is ongoing.

“It is important to remember that the Library of Congress must comply with the policies of Congress. After much consideration, the Library did not accept ALA’s proposal that ‘illegal aliens’ be replaced with ‘undocumented immigrants’ because it did not fully reflect legal status characteristics. Then, in response to these deliberations and discussion of possible alternatives, lawmakers directed us to ensure that the subject heading continued to match the terminology of federal laws written by Congress. This initiated consultation with our congressional committees on this issue—discussions that continue.”

Meanwhile, ALA’s Association for Library Collections and Technical Services (ALCTS) division (part of the newly formed Core: Leadership, Infrastructure, Futures as of September 1) has been working on this issue since 2016. In a June 2019 meeting, LC “told ALA there would be no forward movement on this for the foreseeable future, which essentially means until there’s political change,” says OCLC Dewey Editor Violet Fox, who chairs the ALCTS Subject Analysis Committee Working Group on Alternatives to LC Subject Heading (LCSH) “Illegal Aliens.” “The ALCTS board decided that the division’s goal should be figuring out how to make libraries make this change outside of using LCSH, while continuing to keep lines of dialogue going with LC,” she says.

Last fall, the working group administered a survey to libraries that had made changes to share information about their experiences doing so. More than 35 libraries—some of which had added alternative terms in addition to “illegal aliens,” others of which had replaced it completely—responded.

“The work of the working group will continue in the creation and maintenance of a clearinghouse website that will share information about how individual libraries and library consortia can change these headings in their catalogs,” says Fox, who adds that the website is expected to be available by October.

If enough libraries get rid of “illegal aliens” as a subject header, will LC follow suit? Most likely not, in Fox’s opinion. “I don’t think anybody thinks there will be a groundswell and LC will finally decide to change it,” she says. “It’s just pragmatic: We still have this heading, it’s been years, nothing has happened. We need to move forward, even if LC can’t.” 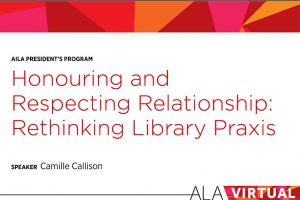 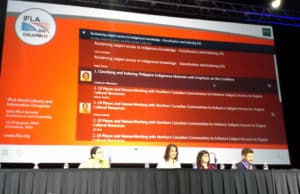