Before the COVID-19 pandemic, students at Montgomery County Public Schools (MCPS) in Christiansburg, Virginia, got books from their school library shelves. Now they’re getting them from the sky.

Thanks to an idea from MCPS middle school librarian Kelly Passek and a partnership with Wing, the first commercial drone delivery service in the US, any of the 600 or so households that have a student in the district and that fall within Wing’s delivery zone can request a book through the school system’s library catalog. Passek locates the book, checks it out, and drives it to the Wing facility, where it is dispatched via drone to the student’s home.

As the pandemic continues to make indoor library visits difficult for many (and impossible for some), Passek is just one of many librarians across the country who have turned to the outdoors as a means of putting books in the hands of readers.

“We’re not concerned with getting the books back right now—we just want [students] to read as much as they can possibly read,” Passek says.

In La Grande, Oregon, Cook Memorial Library (CML) responded to the pandemic first by closing to the public entirely; then, after a few months, opening its book drop for returns; and now, since mid-June, offering curbside service, or “library takeout.” It’s unclear when the library will open its building to the public again.

While the library takeout program has been popular, “we noticed people weren’t placing holds on new items,” says Library Director Kip Roberson. “Most of the time, I think, new books are discovered just by browsing.” Library staff tried to boost interest in new titles by posting photos of them on social media, “but that wasn’t really hitting the audience we wanted to,” he says. In the meantime, would-be browsers were constantly knocking on the library’s door and imploring, “I can’t tell you what I want until I see it!”

So in early August, CML introduced Library Take-Out(side). Twice a week, for two hours at a time, library staffers set up three tables just outside the building’s main entrance and fill them with items for checkout. “The first day, we had something like 35 patrons,” Roberson recalls; that number has risen to about 75 a week.

We were able to prevent not only the ‘summer slide’ but also the ‘COVID slide.’ Kelly Passek, middle school librarian at Montgomery County (Va.) Public Schools

Patrons who stop by the tables must wear masks. In addition, anyone who touches library materials must wear food-handler gloves, which CML supplies. “We don’t want to have to put items into quarantine if people touch them,” Roberson explains. To avoid handling library cards, staff check out books by looking up patron names in the ILS via a laptop that accesses the building’s Wi-Fi.

How far into the fall will Library Take-Out(side) last? “It depends on what the weather allows us,” Roberson says. Meanwhile, he and his colleagues are enjoying it. “It’s really great just to be able to connect with our patrons again,” he says. “We get to talk about the library and the pandemic and what’s going on in town, sort of reestablishing some of the relationships that we had been missing.” As for the patrons themselves, he adds, they’re “wowed by what we’ve been doing.”

Even before the pandemic struck, Lorain (Ohio) Public Library System (LPLS) was hatching a scheme to use the outdoors as a way of attracting more patrons. Now, during COVID-19 times, that plan is proving particularly apropos.

In a partnership with Lorain County Metro Parks, Lorain County Public Health, and the State Library of Ohio, LPLS purchased a shipping container, placed it across from a beach in nearby Lakeview Park, equipped it with sports and exercise equipment, and operated it in July and August as the “Little Library on the Lake.”

“LPLS had been thinking about how it could serve an area which is very popular locally,” explains Outreach Services Manager Nick Cronin. “When things seemed to be at a standstill due to the pandemic, it was a really great time to push ahead with it, to meet with the public in the open.” (LPLS closed its six branches to the public in March and reopened them with limited hours in June.)

At the Little Library on the Lake, nearly 700 patrons checked out soccer balls and goals, horseshoe sets, obstacle-course kits, yoga mats, jump ropes, bicycles, and many other items for use outdoors. (After being returned, each item was washed and disinfected.) Most of the equipment was checked out by parents for their children’s use. In addition, 25 new library cards were issued. Visitors could also take advantage of the little library’s free Wi-Fi, which covered the entire beach.

“The feedback we got from people was universal delight,” Cronin says. “People were very, very glad to see us.”

The Little Library on the Lake closed for the year August 30 but will remain in the park—with its Wi-Fi active—and reopen in June. “The hope is to continue to loan out equipment but also do programming,” such as storytimes, craft programs, bird-watching sessions, and sports tournaments, he says. “The options for programming are really infinite down there. Hopefully COVID will be behind us.

MCPS’s library-book drone-delivery service isn’t going anywhere, either, even though students in the district have been given the option to return to partial-day in-person classes.

“We’ve gotten such great feedback from kids and also from parents,” Passek says. “And there is no cost—this is an amazing service that Wing has offered to the school system.” (So far, Wing’s US drone delivery service is limited to pilot site Christiansburg, a town of about 22,500 people.)

“We are the first in the world to deliver books this way,” Passek continues. “And we were able to work to prevent not only the ‘summer slide’ but also the ‘COVID slide.’ We have kids who request books every few days.”

This article first appeared on americanlibraries.org on September 14. 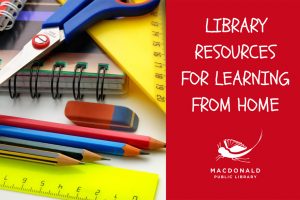 Teaming Up for Teaching 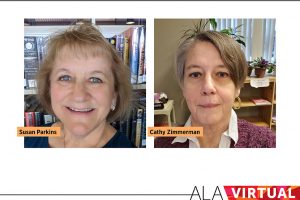 How libraries are adapting outreach services to COVID-19