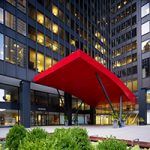 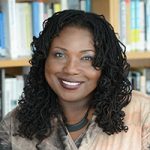 Tracie D. Hall began on February 24 as the American Library Association’s (ALA) new executive director (ED). The 10th ED—and the first female African-American ED—in ALA history, Hall is a veteran of Seattle Public Library and Queens (N.Y.) Public Library, among others, and worked at ALA in the early 2000s as director of the Office for Diversity. Libraries across the country did much to support the 2020 Census, such as hiring contractors to help with census engagement, having library staff and volunteers undergo training on how to help people fill out the census form, hosting mobile kiosks where library patrons could complete their forms, and sponsoring job fairs encouraging citizens to apply for enumerator positions. 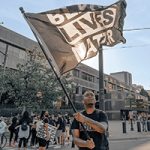 In a June 1 statement, ALA’s Executive Board declared its support of the Black Caucus of the American Library Association’s (BCALA) condemnation of violence and racism toward Black people and all people of color. In an additional statement on June 11, the board further condemned police violence against BIPOC, protesters, and journalists. Civil rights activist, author, and library advocate US Rep. John Lewis (D-Ga.) died July 17 at age 80. Lewis spoke several times at ALA events, including the 2013 Annual Conference and Exhibition (pictured)—at which he recounted his childhood visit to a whites-only library—as well as the 2016 memorial service organized by ALA’s Gay, Lesbian, Bisexual, and Transgender Round Table (now the Rainbow Round Table) for the victims of the Pulse nightclub shooting in Orlando, Florida. 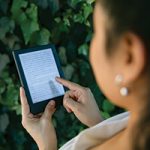 In a surprise announcement on March 17, Macmillan Publishers reversed its controversial ebook embargo, which had allowed only one copy of a title per library system for the first eight weeks following its release, and which had been in place since July 25, 2019. As a result of the reversal, some libraries that had ceased purchasing Macmillan ebooks in response to the embargo resumed doing so.

ALA Decries Past Racism

In a June 26 statement, ALA accepted and acknowledged “its role in upholding unjust systems of racism and discrimination against Black, Indigenous, and People of Color (BIPOC) within the association and the profession.” 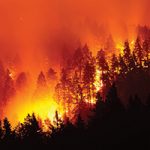 Natural disasters damaged or destroyed several libraries, including the library of G. W. Carver Elementary School in DeRidder, Louisiana, which was wiped out by Hurricane Laura; Francis O’Brien Memorial Library in Blue River, Oregon, which was devastated by the Holiday Farm wildfire; and the Malden branch of the Whitman County (Wash.) Rural Library District, which was destroyed in a wildfire that consumed 80% of the town. In May, three ALA divisions—the Association for Library Collections and Technical Services, Library and Information Technology Association, and Library Leadership and Management Association—voted to dissolve their ALA division status and approve the proposed bylaws of a new, combined division called Core: Leadership, Infrastructure, Futures. Meanwhile, ALA Council voted in June to disband the Association of Specialized, Government, and Cooperative Library Agencies (ASGCLA) and to incorporate ASGCLA members into other parts of the Association. The 19th Amendment of the US Constitution, which guarantees American women the right to vote, was passed 100 years ago. In celebration, ALA partnered with the Women’s Suffrage Centennial Commission to distribute 6,000 youth book sets about the suffrage movement to libraries across the country, while the Library of Congress hosted an exhibition, “Shall Not Be Denied: Women Fight for the Vote.” Founded as an extension of the Library War Service—which ALA created during World War I to supply reading materials and library services to members of the US Armed Forces—the largest English-language lending library in continental Europe turned 100. Before COVID-19 struck, the library welcomed more than 300 visitors daily.

50 Years of the Rainbow Round Table Known at its 1970 founding as the Task Force on Gay Liberation, the Rainbow Round Table—ALA’s LGBTQIA+ caucus—marked its 50th anniversary. It is the oldest such caucus in any national professional organization. ALA’s Office of Public Policy and Advocacy, established in 1945 to represent libraries’ interests on Capitol Hill, celebrated its 75th anniversary. The office tracks and influences policy issues, legislation, and regulations of importance to the library field and the public. BCALA, founded at the 1970 ALA Midwinter Meeting by then-councilor E. J. Josey and others, celebrated 50 years of advocating for the recruitment and professional development of African-American librarians and promoting library services and resources in the African-American community.

Feeling the Sting of COVID-19 With their libraries closed because of COVID-19, many librarians were furloughed or laid off. Others, particularly public librarians, found themselves called on by their municipalities to assume tasks such as staffing homeless shelters or taking nonemergency calls for the city. On March 27, the $2 trillion Coronavirus Aid, Relief, and Economic Security (CARES) Act—which included $50 million for the Institute of Museum and Library Services and $18.8 million for federal libraries—was signed into law. Meanwhile, the Health and Economic Recovery Omnibus Emergency Solutions (HEROES) Act and the Library Stabilization Fund Act (LSFA) stalled in Congress. The latter would, among other things, establish a $2 billion emergency fund to address financial losses and bolster services for libraries of all types. 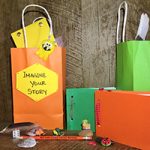 Programming in a Pandemic 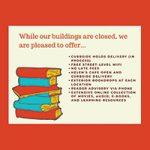 On March 17, ALA issued a statement urging US libraries to close in light of the pandemic. Some closed entirely for a time, while others continued to offer curbside checkout and other services. In the following months, many libraries gradually reopened with protective measures such as physical distancing of patrons and mandatory mask-wearing. 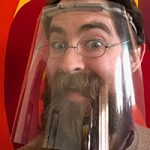 As supplies of personal protective equipment (PPE) for health care workers ran low, some libraries with 3D printers used them to create PPE components such as visors for face shields, while others loaned their 3D printers to hospitals for the same purpose. Jeff Jimison (right), Idea Lab supervisor of Baldwin Public Library in Birmingham, Michigan, models a face shield with a 3D-printed headband. 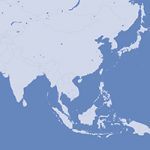 Closing libraries during the COVID-19 pandemic cut off digital and computer access for library patrons. As a countermeasure, in a March 23 statement ALA called on libraries temporarily closed to the public to leave their Wi-Fi networks on. Some libraries took additional steps, such as introducing mobile Wi-Fi community hotspot programs or increasing the number of laptops available for circulation. Eletha Davis (above), mobile library services outreach manager at Williamsburg (Va.) Regional Library, drives a van that provides Wi-Fi. 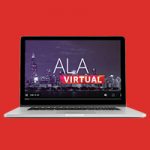 For the first time since World War II, ALA’s Annual Conference and Exhibition (scheduled for June 25–30 in Chicago) was canceled. In its place: ALA Virtual, an online event held June 24–26 and featuring programming, author appearances, and a virtual exhibit hall. 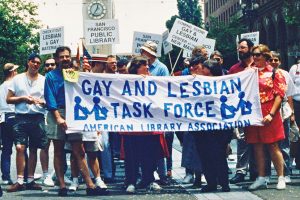