Dance Theatre of Harlem alumni on inclusivity in the arts

In 1969, at the height of the civil rights movement, legendary ballet dancer Arthur Mitchell—the first Black permanent member and principal dancer with New York City Ballet and a protégé of George Balanchine—founded Dance Theatre of Harlem (DTH). It was imagined as a space where dancers of all cultures and colors could train in the fine art of classical ballet. Now, more than 50 years later, former DTH dancer and archivist Judy Tyrus and musician Paul Novosel have collaborated on Dance Theatre of Harlem: A History, a Movement, a Celebration (Dafina, October), an expansive account of the company’s first half-century through the stormy present.

The pair, who cofounded a nonprofit dedicated to promoting diversity in the arts, talked with American Libraries ahead of their appearance at the 2021 ALA Annual Conference and Exhibition Virtual on Friday, June 25.

How long have you two known each other?

Judy Tyrus: I was the archivist at Dance Theatre of Harlem and Paul was a pianist when we met in 2014, or maybe even earlier than that. I was carrying some heavy score boxes from the archive space to another archive space and Paul was just finishing up teaching a class, and I asked him to help me carry them.

Paul Novosel: And she says, ‘You know, I have a couple of scores in the archive I’d like you to take a look at, because I’m not sure where to file them.’ I went into the score room with her for the first time, and of course, when you show scores like that to a musician, we go nuts. So we started a conversation and we engaged.

How did you come to work on the book project together? How did the company’s archives factor in?

Tyrus: The book has been a labor of love that we’ve been working on for the past seven years. Once we engaged in the archive, we started talking about Dance Theatre of Harlem and the impact that the company has had through its credo of ‘ballet is for everyone,’ and bringing ballet to the community of Harlem and to the world.

We realized there had never been a history book written about DTH, so we started to read everything we could find and put together a chronology. It became this passion for both of us to get this story on paper. We also realized that the archive was so rich with photographs that it would be a beautiful book.

Novosel: One photograph I love: There was a dancer who could not get from stage right to stage left because the sets were so big that the backstage area was blocked, so she had to go down a trapdoor, into the basement of the theater, out the back door, around the block to Sixth Avenue, and in through the house to make her entrance on the other side of the stage. We have a photo of her running down the street in full costume and makeup and pointe shoes to make her entrance.

What are some of the challenges around archiving for dance?

Tyrus: At DTH we were archiving from basically 1955, when Arthur Mitchell was dancing with New York City Ballet, so we have every format of film and video, and we have audio interviews. The challenge is not only keeping all the formats in their spaces, because space is always a challenge in New York, but it’s keeping the formats up to date. Obviously the films are slowly starting to disintegrate, so there’s this impetus to get those things digitized, but everything costs a lot of money.

What are some of the arcs you see playing out in the book over the five decades?

Novosel: There’s a special focus in our book on context, particularly as we identify generations of dancers. In one early chapter we set the context for DTH founders Karel Shook and Arthur Mitchell and the era they came from, from the 1940s through the 1960s. We researched and identified three other generations of dancers and their idiosyncrasies, all the way up to the millennial generation.

The keystone is that this was a community-based ballet theater that within seven years of its founding performed for royalty in England and, by 1985, the Metropolitan Opera House in New York City. What you get in that are the ups and downs of this company’s survival and this amazing experiment that fed into the national consciousness of ballet and dance. 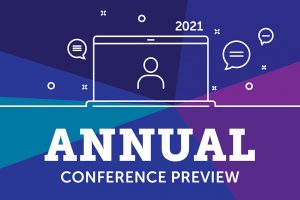 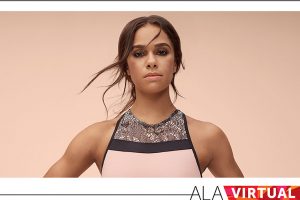