Small and rural libraries win grants to transform their communities

Small and rural communities face a complex set of intersecting challenges. Individuals in less-populated areas, for instance, are more likely to experience extreme poverty and food insecurity, while their public institutions and facilities are more likely to lack sufficient broadband internet and other crucial resources.

In September 2020, the American Library Association’s (ALA) Public Programs Office announced it would provide nearly $2 million in grants to small and rural libraries of all types to help them address pressing concerns in their communities. Through this Libraries Transforming Communities (LTC): Focus on Small and Rural Libraries grant program, more than 600 libraries have been awarded $3,000 each to use in innovative ways to meet local needs. Grants have covered a range of expenses, from purchasing Wi-Fi hotspots and personal protective equipment to funding staff time for community engagement work. Grants were awarded in three rounds, in January, April, and October 2021.

Teens are the least-served demographic at Anne West Lindsey District Library (AWLDL) in Carterville, Illinois, according to Jessi Baker, adult and teen librarian. AWLDL used its LTC grant to engage with the town’s teens and survey their needs so that it could build programs and collections that would better serve, represent, benefit, and interest them. The library created a Community Young Adult Council comprising local leaders and students, and established a graphic novel book club that focuses on subjects like civil rights, racial issues, gender inequality, the LGBTQIA+ community, immigration, and poverty.

The council’s first meeting, held in-person on April 7, was themed “Teens and Summer,” with students from Carterville High School and representatives from the Girl Scouts, Boy Scouts of America, the City of Carterville, a local mothers’ group called M.I.G.H.T.Y. Moms, and The Night’s Shield, a homeless shelter for youth in nearby West Frankfort. Participants discussed issues such as homelessness, food insecurity, and summer jobs.

“Libraries are one of the few entities that see this diverse of a population daily,” says Baker. “We see problems firsthand, often because we are asked to solve them. To many, we are expected to be the knowledge keepers of our community. If we find an issue that has not been addressed, we need to bring attention to it.” 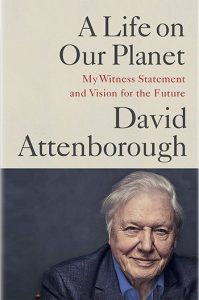 San Miguel, California, has prospered in recent years, with new wineries bringing jobs, tourists, and residential construction to the town and surrounding area. But those gains have also contributed to environmental troubles: an increase in air pollution, a depleted groundwater table, dying oak trees, and the Salinas River drying up, along with rising temperatures and dwindling annual rainfall. The library’s San Miguel branch is using its LTC grant to explore the effects of climate change on this evolving community.

The library hosted Zoom discussions in March, May, and July, using David Attenborough’s 2020 book A Life on Our Planet: My Witness Statement and a Vision for the Future as a starting point for conversation about local and global environmental issues. Copies of the book were purchased with grant funds and mailed to participants who registered in advance.

“Attenborough’s book really touched the participants by giving them a dose of the stark reality of the present and genuine hope for the future,” says Judy Brown, director of the San Miguel branch. 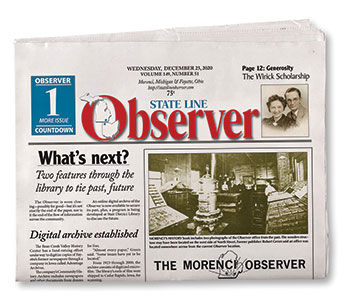 The closure of the State Line Observer newspaper in December 2020 (following the retirement of its longtime owner, editor, and publisher) was a profound loss to Morenci, a small town on the Michigan–Ohio border. The community had relied on the publication for more than 150 years, and the loss also affected Stair District Library, which promoted its events in the paper. In a community survey conducted by the library board, nearly 60% of respondents named the Observer their primary source of information for learning about library programs and services.

Stair District Library is using its LTC grant to explore its shifting role in a community without a newspaper of its own. The library purchased Wi-Fi hotspots to distribute to patrons without internet access and Zoom licenses to host two virtual community conversations. The first meeting gave participants space to reminisce and mourn the loss of the beloved institution; the second was action-oriented, as patrons discussed possible solutions. “The conclusion seemed to be that we need to replace it with a newspaper [of some sort],” says Library Director Colleen Leddy. The conversations led the library to create a community calendar on its website, Leddy says, and the library plans to work with local government and schools to devise ways to further disseminate local news.

Because the population of Igiugig—which sits on the banks of the Kvichak River near Lake Iliamna in southwestern Alaska—has more than doubled in the past 10 years, affordable housing options for new residents and youth who have grown up in the village are limited. Land is available for new houses, but because of the village’s remote location, construction costs are high; building materials have to be flown in or hauled across the lake when it freezes in the winter. Igiugig Tribal Library is using its LTC grant to engage the community in discussions about the housing shortage and consider sustainable solutions.

The first meeting, held in March, was a story­telling session. Participants—both in person and on Zoom—shared their experiences building and buying homes in the area to help educate younger residents on the often-complicated process. The next session will target residents seeking housing and help them make an action plan.

“As librarians, we have had to remind ourselves that it is not our job to secure the housing but to facilitate the discussion on how that might be achieved,” says Library Supervisor Audra Gooden. “It’s going to take cooperation among the residents to advocate for themselves and the continued support of the local governing body to make new housing become a reality.” 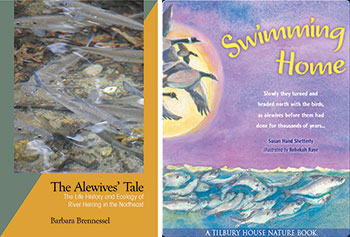 The alewife is a species of fish that spends most of its life at sea but returns to inland freshwater to spawn. Alewives have lived in Maine’s streams, rivers, lakes, and ponds for thousands of years, but their population has plummeted in the last two centuries because of dams, pollution, and overfishing.

Vassalboro Community School, in partnership with Vassalboro Public Library, is helping raise awareness of the fish and its place in Maine history by promoting the restoration of a local migration path through a series of community conversations centered on two books: Swimming Home (2014) by Susan Hand Shetterly, a picture book about the annual alewife migration, and The Alewives’ Tale: The Life History and Ecology of River Herring in the Northeast (2014), by biologist Barbara Brennessel.

Swimming Home was distributed to teachers at the school for classroom discussion, with the book’s author joining a 5th-grade class via Zoom for a read-along. Three community events in May and June focused on The Alewives’ Tale, with local experts discussing the book and related topics, such as dam removal, fish ladders, environmental factors, and the impact of alewife restoration on the economy. “Our team looks forward to continuing the conversations and teaching about our local environment and the annual return of this iconic fish,” says Melora Norman, library media specialist at Vassalboro Community School.

In 2019, the County of Kaua‘i purchased a 417-acre parcel of land between the towns of Waimea and Kekaha that had once been home to sugar cane plantations but had fallen into disuse over the years. Waimea Public Library is using its LTC grant to participate in a project to reconfigure this site, called Waimea 400. Held in conjunction with the County of Kaua‘i Planning Department, the library hosted two resident input sessions in June and August on its front lawn to gather ideas on how the land should be developed. “It was exhilarating to meet face to face after months of online meetings,” says Michelle Young, library manager. The events yielded a plethora of suggestions for the land: community gardens, parks, agricultural spaces, and even a football field.

The library used a portion of its LTC grant money to provide meals before these gatherings. The purpose of this was twofold, says Young: warming up the crowd by sharing a meal together and supporting a local restaurant that has struggled during the pandemic following the area’s drop in tourism. 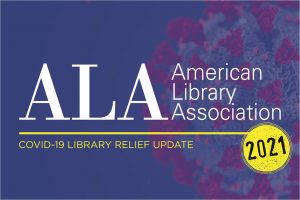 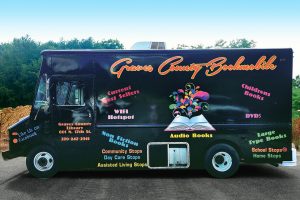 By the Numbers: Rural and Small Libraries

Stats on the buildings, staff, bookmobiles, and users of small and rural libraries