Meet the new director of ALA’s Office for Intellectual Freedom

Many American Libraries readers may know James LaRue from his frequent contributions to our E-Content blog. Others may recall that he was longtime director of Douglas County (Colo.) Libraries. He also ran for ALA president last year. Now, as the new director of ALA’s Office for Intellectual Freedom and executive director of the Freedom to Read Foundation, LaRue will be visible to members in an entirely new way. And no matter how you know him, one thing is clear: LaRue is passionate about libraries and the profession.

Even though his position began January 4 and he left for the ALA Midwinter Meeting soon after, LaRue was kind enough to answer a series of questions to help introduce himself to ALA members.

What’s the first website or app you check in the morning?

I do grab the smartphone first. Email, appointments, weather, Outlinersoftware.com.

What drew you to librarianship?

I loved the way librarians embraced my curiosity and fed it.

Most distinct aspect of your personal office?

Dishwasher at the Waukegan Yacht Club.

What do you hope to bring to ALA and members?

I hope to bring optimism, good humor, love for the profession, and a commitment to earning the support of our authorizing environment (our larger society and culture).

If you had to choose any other profession, what would it be and why?

I would sell shoes. Because shoes are cool.

Google Tasks and WorkFlowy, mainly. But I mess around a lot with other software (see the definition of CRIMP at outlinersoftware.com), including (right now) Emacs org-mode, Mindscope, and various mind maps. 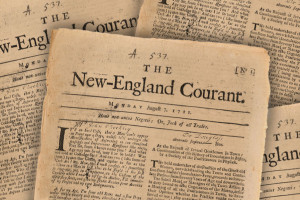 By the Numbers: Boston

Stats to get you revved for 2016 ALA Midwinter Meeting & Exhibits