3D printers may be the coolest new tech for libraries, but the complicated relationship between interactive content and libraries means that ALA’s Office for Intellectual Freedom (OIF) and Office for Information Technology Policy (OITP) need to set policy.

In “3D Printers and Library Policies,” presented by United for Libraries on June 28, Barbara Jones, Corinne Hill, and Charlie Wapner spoke about the present uncertainty over how to manage legal issues related to 3D printers and how to develop best practices for future use. 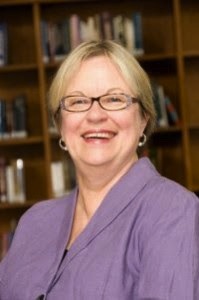 spoke about the impact of 3D printing on intellectual freedom. OIF views 3D printing as interactive content that shares the same First Amendment rights as other content libraries offer. Jones explained that OIF is working to develop a sample 3D printer policy for libraries to use. She told program attendees that many libraries have no 3D printer policies in place and yet operate without trouble. Nevertheless, this is a bad idea, she said. In the event of a complaint or challenge, librarians need know how to respond.

Jones offered a litmus test for librarians: What would you or your library do if someone wanted to print a gun or a sex toy? If you are not sure, it may be time for a policy meeting.

To better make policy suggestions, OIF is collecting existing 3D printer policies from libraries. Anyone interested in sharing their policies or sharing information about how they have dealt with challenges can email Jones at bjones@ala.org.

In the meantime, those libraries without a policy should keep the following in mind when trying manage this new technology, she said.

When writing a policy, be positive. Jones said that the 3D printing situation has parallels to the early days of the internet. As libraries began offering internet access, many libraries created policies that were fear-driven. Now those policies seem foolish.

For librarians who need a starting point in policy writing, one option is to specify that patrons comply with all local, state, and federal laws when using the printer.

Corinne Hill, director of Chattanooga (Tenn.) Public Library, admitted that her library, despite OIF’s recommendations, does not have a 3D printing policy but does have a set of best practices for 3D printer use. These practices are rooted in the philosophy that 3D printing is similar to public computing: The library must work to facilitate and improve access to the technology.

Hill explained that 3D printing is doing for manufacturing what the internet did for information. She wants Chattanooga Public Library to make the technology accessible for as many patrons as possible.

It offers classes that start with an introductory lesson and then follow up with a hands-on printing session.

Patrons do all their own printing, with library staffers acting as facilitators. Chattanooga Public Library allows patrons to use the printer for free (and as much as they want) but does charge 6 cents per gram for printing material. Children, however, are allowed to print for free so they can fully explore the technology.

Hill explained that Chattanooga has a few rules to make things go smoothly. Patrons must stay with their print project for the first five layers of printing—the time when a project is most likely to fail. Otherwise, patrons can leave the printer unattended and pick up their projects later.

The library’s answer to the guns-and-sex-toys question is “Do no harm.” Guns and knives are not allowed, but if a user wants to print a sex toy or drug paraphernalia, then it is his or her own business.

Charlie Wapner, information policy analyst at ALA’s OITP, explained that 3D printing is still a legal gray area. Since there is not a lot of solid law on the subject, librarians have the opportunity to shape public policy, he said. Librarians do need to be aware of three potential legal issues with 3D printing: patents, copyright, and liability. For all three, there is no precedent regarding whether the library would be at fault. Wapner advised the audience to use common sense and follow laws for digital content when devising 3D printing policies. He also suggested librarians take classes or attend workshops to learn about copyright laws.

Library leaders are eager to make 3D printing widely accessible, but answers regarding legality and best practices are not fully developed. OIF expects to make a policy template available at the 2015 Midwinter Conference in Chicago. Challenges to the use of 3D printing in libraries and how librarians react to these challenges will define the way 3D printing is framed in the future.

LINDSEY HALSELL is an analyst for the Bureau for Private Postsecondary Education in California’s Department of Consumer Affairs. She blogs at digitalmanticore.com. 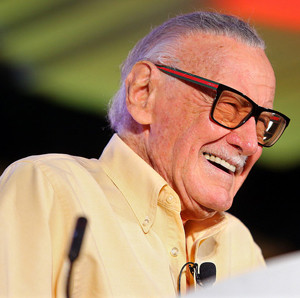 Stan Lee and the Librarians 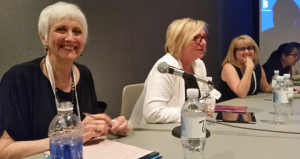 A Conversation about the Future