A Day in the Life of NYC’s Branches

Filmmakers Julie Dressner and Jesse Hicks produced a short film that looks at how library branches in New York City have evolved into community centers that offer an array of services and programs despite budget cuts. The film has gone viral, and it was even screened at a June 3 New York City Council meeting on the library budget in an attempt to sway the council to approve additional library funding. American Libraries spoke with the filmmakers about the film, its inspirations, and impact.

How did you get involved with the project?

Dressner: One Sunday, we saw a crowd waiting for the Brooklyn Public Library’s main branch to open at 1 p.m. and wondered why the library didn’t open earlier. We were surprised to learn that, of the city’s 212 libraries, only eight are open on Sundays. We started to think seriously about making a film about libraries after reading "Branches of Opportunity," a report by the Center for an Urban Future. The report states that, though library usage has increased over the last decade, city funding and hours have been scaled back. When we learned that attendance at the libraries’ free programs had jumped 88% in the last decade, we decided to focus on them.

How long did it take to film?

Dressner: It took approximately six months to make the film.

What kind of planning did you do before filming?

Dressner: While conducting our research, we learned that the branch libraries were providing an array of services to a very diverse group of New Yorkers. We decided we wanted to spotlight as much of the array as possible. We also wanted to capture the diversity of New York City, so we decided to shoot in branches all over the city.

In order to identify subjects for the film and to select the libraries where we would film, we reached out to the libraries’ communications and administrative staffs, neighborhood branch managers, and librarians. For example, Fred Gitner, the director of Queens Library’s New American Program, told us about the Ravenswood Family Literacy Program. We also interviewed experts, including David Giles of the Center for an Urban Future, the author of the “Branches of Opportunity” report. We also identified branches, librarians, and library users nominated for New York City Neighborhood Library Awards.

What kind of administrative buy-in did you need?

Dressner: One of the first things we did was meet with the communications staffs of the three public library systems. They suggested branches and programs and shared information about the film project with the neighborhood branches. We visited a lot of libraries. Our shoots were coordinated with the branch managers, who were enormously helpful.

Hicks: The libraries were quite welcoming. The staff and administration were happy to give us access to library users and to share their own stories.

What did you hope to accomplish with this project?

Dressner: While some people assume that libraries have become obsolete in the internet era, the reverse is true. We made the film because we figured that people who are not regular library users would be surprised to learn the central role that the libraries play in many lives.

What was the biggest surprise you had while making the film?

Hicks: Before making this film, I understood libraries to be centers of information, but I quickly learned that they are cultural and educational centers as well. What blew my mind is that the library system has taken on this mission of enrichment outside of its doors for those who can’t make it to the building.

One of the more memorable stories for me is that of Bonnie Sue Pokorny. Bonnie Sue is homebound. Since she very rarely leaves her apartment building, she lives a life that, by some measures, is extremely isolated. She doesn’t see it that way, though. She has an outlet: the Queens Village Library and the Mail-A-Book program.

Bonnie Sue loves reading. Trips to the local branch are out of the question for her, so the library developed a program to mail books to her, and others like her, free of charge. The program doesn’t end with the delivery of books. Mail-a-Book administers conference-call book discussions, social chats, and phone-in entertainment that they call “radio shows.”  Through this program, Bonnie Sue hasn’t only entered a world of stories through books but also a social world with her fellow homebound seniors. She says it beautifully in the film: “We may be in our homes, but we’re not isolated.”

What kind of feedback have you received?

Dressner: Reactions have been extremely positive. When we first showed the film to representatives of the three public library systems in New York City, we had not yet published it online. They asked us to make the video available to the public as soon as possible, because they believed it would help them advocate for more city funds. We then published the video on New York Magazine’s, and The Atlantic’s websites, and Gothamist. It has been shared widely on social media, as well.

Are there any anecdotes or interviews that didn’t appear in the film that help further illustrate how libraries have evolved into community centers?

Dressner: The original cut of the film was more than twice as long as the final version, so a good deal of material landed on the cutting-room floor. We have gorgeous footage of an afterschool arts and crafts class taught by high school volunteers at the New Utrecht Library branch (in Brooklyn); a talent show at the Sheepshead Bay Library; and two different computer instruction classes: one taught in Russian and one in Chinese. Like many of the scenes that are in the film, these show people who connect with others and create supportive communities while seeking out opportunities for themselves. The knitting group at New Utrecht donates what they knit and crochet to children’s and veterans' hospitals.

If a librarian wanted to do something similar for his or her library, what technical advice would you give them?

Dressner: This was a professionally produced film. I would recommend that librarians partner with professional filmmakers if they want to make one about their library. A piece of technical advice I would give is to pay attention to the quality of the sound recording, as the quality of the sound really matters. In terms of storytelling, I recommend focusing on character-based stories. It is much easier for a viewer to care about a person than a program. It is really important to find subjects who want to open up and share their stories. 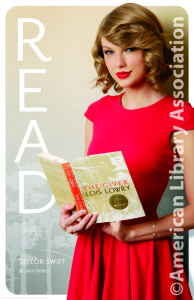