Poster sessions at the IFLA World Library and Information Congress

One useful and entertaining feature of the International Federation of Library Associations and Institutions’  World Library and Information Congress is its poster sessions, where individuals and groups can showcase their work through printed posters or graphics and discuss their projects with other congress attendees. This year’s sessions featured 132 posters from 44 countries.

The Africa Portal is a good example of a poster project that was both relevant and well described. Started in 2011 by the Centre for International Governance Innovation (CIGI) in Canada and the South African Institute of International Affairs (SAIIA), the portal provides free, open access policy information on Africa by reputable research organizations that might otherwise be difficult to find. Subjects include climate change, health, migration, energy, conflict resolution, and economic development.

SAIIA Partnership Coordinator Shingi Muzondo said that portal managers upload documents from 56 global partners (primarily Africa-based) and catalog them online for easy discovery. “Part of our work,” Muzondo said, “is to train librarians to make the best use of the portal for their students and patrons. We recently finished training 28 librarians at the University of Botswana as well as staff at the National Library of South Africa.” Special libraries, news libraries, and government and diplomatic libraries also benefit from the information, as do universities.

The portal adopts a Creative Commons licensing system for all contributed documents.

Another poster had content that would be quite familiar to US librarians: “Documenting Ferguson,” a project of Washington University of St. Louis. It is a freely available resource that preserves and makes accessible the digital media captured and created by community members following the shooting death of Michael Brown in Ferguson, Missouri, on August 9, 2014. The project seeks to provide diverse perspectives on the events in Ferguson and the resulting social dialogue. 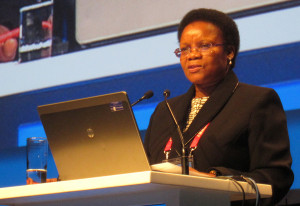 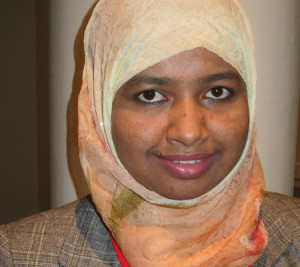