The Association of Jewish Libraries (AJL) Digital Conference (June 28–July 2) was held online for the first time this year. Over the five-day conference, which drew nearly 350 worldwide participants, a thread quickly emerged: the importance of diverse representation in collections, voices, and scholarship.

In the opening keynote session, “Who Wants to Be a Jewish Reader? A Discussion on Reviewing Jewish Books,” father-and-son book reviewers Jonathan Kirsch and Adam Kirsch started with the premise that Jewish books are “books that Jews want to read, books that Jews feel speak to them in some way.” Adam Kirsch noted that there was a time when Jewish writers such as Philip Roth and Saul Bellow were at the center of the literary world, writing about the world they knew, which was based in the Jewish community but not about religion or Jewish texts. Today, he noted, many Jewish-American writers don’t think of themselves as Jewish writers.

“It’s like a ghetto that people don’t want to be confined to” in terms of readership, Adam Kirsch explained. However, he added, there is also important growth in the visibility of Jewish diversity and promoting “own voices.” Jonathan Kirsch agreed, observing that as book editor at the Jewish Journal, he has seen the scope of books being reviewed expand to intentionally include authors of Syrian, Iranian, Sephardic, and Egyptian Jewish backgrounds.

At the AJL General Membership Meeting, author Lesléa Newman (Heather Has Two Mommies, 1989), recipient of the 2020 Sydney Taylor Body of Work Award, spoke movingly on writing picture books that offer representation, noting that she grew up never seeing herself in a book or movie or on TV, adding that “children deserve to see themselves in books.”

At “Fresh Lit: Recent and Forthcoming Adult Jewish Fiction,” Goldie Goldbloom, 2020 AJL Fiction Award winner for On Division (Farrar, Straus, and Giroux, 2019), described one storyline from her novel in which the protagonist’s gay son is rejected by his insular Orthodox community in Williamsburg, New York, which she felt spoke to real-life struggles in Hassidic families. Julie Orringer, 2020 AJL Fiction Award Honor Book winner for The Flight Portfolio (Vintage, 2019), described her book as a mix of history and fiction based on the life of Varian Fry and his efforts to rescue European artists and intellectuals during World War II. “How do you decide who is worthy of being saved?” she asked. She also wanted to focus on the theme of “hiding one’s identity,” whether that was Varian as a gay man or his fictional mixed-race lover passing for white. She concluded that we have arrived at a moment where acknowledging one’s identity is celebrated.

The convergence of LGBTQ and Jewish identities was raised again during the Research Libraries, Archives, and Special Collections Division Awards, by historian Noam Sienna, recipient of the 2020 AJL Judaica Reference Award for his work, A Rainbow Thread: An Anthology of Queer Jewish Texts from the First Century to 1969 (Print-O-Craft, 2019). Sienna shared the development of his scholarship, a compilation of 120 primary texts at the intersection of LGBTQ and Jewish histories. Whereas some texts were well known, one-third had never appeared in English translation, and about a half dozen are published for the first time.

Noting that the anthology has already started to inspire artists and creative thinkers, Sienna concluded, “I’m excited to have put this collection out into the world, both as a resource and as a toolkit for people to find all of these pieces and then start doing interesting things with them.”

Brown, who wrote Ezra’s BIG Shabbat Question (SpringLight Publishing, 2019), observed that many books for children of color revolve only around the fact that they are children of color. In her own book, Brown wanted to show a world where there is nothing particularly special about being black and Jewish. “This is the book I wish I had when I was growing up,” she said.

Speaking to the experience of being a teacher-librarian in a diverse K–8 school, Codell observed that when children come to her library, her goal is that they will see books about themselves.

“The thing that makes books great is the humanity that really crosses all of the boundaries,” she said. “A great story belongs to everybody.” She added that Jewish children’s literature in schools often limits the Jewish experience to “just the Holocaust.” While she was clear that history needs to be taught mindfully, “I think that when you are teaching diverse communities, don’t just cherry-pick the worst parts of history,” she concluded. “There needs to be a balance.”

Synagogue librarian Ruiz spoke to building “own voices” collections, saying that in her experience, it’s been really powerful for students in her religious school class to see that there are Jews of color as it’s “important to start opening minds while they are young.” Ruiz stressed the importance of “the idea that BIPOCs are the ones who write the books about BIPOCs.” Brown chimed in that although there is a place for books written from outside, she would prefer to see an emphasis on “own voices” because “that lived experience is something you won’t get” otherwise.

When asked about what to do about the exclusion of Jewish children’s literature from the general discussions on diversity, Codell replied, “I think the time has come for us to be very adamant in our own advocacy. People don’t know what being Jewish in America really means. When you see Jewish people being excluded from conversations or minimized or made invisible, use your grown-up voice, use your outside voice about it.” 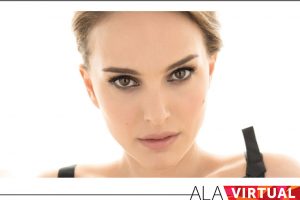