Can you explain blockchain in 30 minutes and also show how it might be used for libraries? The flash session “Blockchain: Is It Worth the Fuss?” at the 2018 World Library and Information Congress (WLIC) in Kuala Lumpur, Malaysia, tried to do just that. It was sponsored by International Federation of Library Associations and Institutions (IFLA) headquarters and the IFLA Information Technology (IT) section.

Helga Schwarz, corresponding member of the IT section, opened with a quick tutorial on blockchain and how it works. Possible uses for the technology include decentralized energy use, e-payments, research data management, and real estate transactions.

Disadvantages include its slow speed, massive energy use, inability to delete transactions (even inaccurate or illegal ones), and overall data safety (although individual transactions are safe). Blockchain also has no central authority and can track detailed information about individual users.

Sandy Hirsh, director of the School of Information at San José (Calif.) State University (SJSU), spoke about SJSU’s virtual conference on blockchain in June and its Blockchain National Forum in August.

Some of the recommendations that came out of that forum include:

Hirsh acknowledged that the question of whether blockchain is a usable solution for libraries is still mostly theoretical until libraries are willing to start experimenting with applications for it. Still, librarians seem intrigued by the possibilities. When moderator May Chang, chair of the IT section, asked delegates if they had any interest in a full session on blockchain at next year’s WLIC in Athens, Greece, hands shot up around the room. 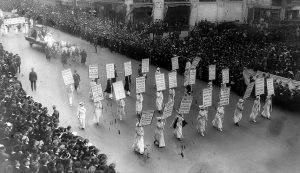 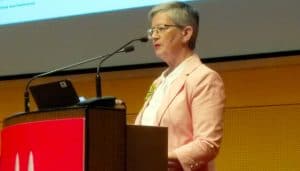