Moderated by noted fantasy editor Sharyn November, the forum was lively and often filled with laughter, with the authors feeding off the audience’s enthusiasm for the subject and their respective work. Notwithstanding the light tone, serious topics were addressed.

Discussing depictions of young girls and boys in their work and in the fantasy genre as a whole, the writers detailed different mindsets. Grove, who is also a historian, is pragmatic. “I struggle with how to present girls and women in my books,” Grove said about her fantasies set in the late 19th century. “I want to write characters that are real to the time.”

This directs her away from creating unrealistic “butt-kicking” action hero-like female characters in favor of portrayals that are more realistic, but also identifiable. “It does a disservice to readers to whitewash the past,” she said.

Riley takes a personal and humorous approach, saying that the male protagonist in his latest book is really him, and like most boys at age 12, immature and rambunctious. The girls in his books are much more responsible and practical, he said. “I write my boys as ridiculous characters; the girls get things done,” he laughed.

Writing for a specific age range presents a variety of thrills and challenges, the writers said.

“I try to imagine what I’d like to read at that age,” Tesler said. To keep her readers engaged, she said that she mixes familiar words and concepts into the fantasy elements to make her worlds recognizable but still fantastic. “I love writing for middle-grade readers because it’s still a time of imagination in their lives,” she said. 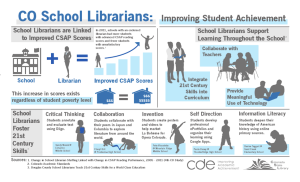 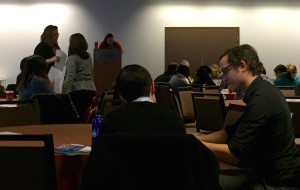 Committee on Organization announces changes to the OLOS Advisory Committee