Last year, eight out of the top 10 challenged books were related to diversity, according to ALA’s Office for Intellectual Freedom. The office estimates that more than half of all banned books are by authors of color or contain events and issues concerning diverse communities.

At Monday’s “Diverse Books Need Us” program, four panelists—an author, a small publisher, a librarian, and a nonprofit advocate—talked about this topic and ways in which librarians can support the call for more diverse books.

Joy Triche, founder of Tiger Stripe Publishing, started the company because she “felt the absence of diverse books for many years.” As a child, her favorite book was The Snowy Day—despite growing up in Phoenix, Arizona, where she had never seen snow. “The one thing I had in common with Peter [the main character] was his little brown face,” Triche said. “The fact that he was African-American helped me connect with him as a character and jump into this adventure that I otherwise couldn’t relate to.”

Now she looks for diverse books for her own children, but said that once you get past picture books, the selection of chapter books gets thin, a problem she’s trying to rectify with her publishing company, she said.

CM! Winters-Palacio, chair of the library department at Malcolm X College in Chicago, said, “It’s important that we be our own best advocates.” As a librarian and a mother of four, “My children are all avid readers… or else,” she joked. The question for her is how to find favorite authors and then go out and promote them.

Author Alma Flor Ada argued that all children—not just those from underrepresented communities—need to see and read diverse books. As a Latina writer, she said she’s often asked to speak at schools and libraries that have a large Latino population. While she said that it’s wonderful that children see someone from their culture who has had a successful professional life, she said it’s almost as important for children from less ethnically diverse communities to also see such a person speak at their school or library. “We need all children to interact with these authors,” Ada said.

She noted that an author friend, who is also Latino, has been told many times by school and library officials that “We don’t have that population that you represent,” to which he answers, “And do you have any wizards?”

These concerns have changed how she writes, she said. “We need to think of mirrors and windows for everyone.”

These concerns also spurred Mike Jung, author and founding member of We Need Diverse Books, to create the nonprofit after BookCon announced its May 31, 2014, lineup of authors at BookExpo America. “The lineup was glaringly, blindingly white,” Jung said. There was even a fictional cat on the lineup, but not one person of color. (He noted that 40% of the US population is people of color.)

We Need Diverse Books, he said, is a grassroots organization made up of children’s books lovers who are advocating for essential changes in the publishing industry to produce and promote literature that represents the lives of all young people. That includes trying to effect change, not only through diverse books but also authors, book characters, agents, marketing staff, editors, and readers.

“We’re working toward the long haul,” he said. “The world of librarianship—with all due respect, because I truly believe that librarians are freedom fighters and some of the greatest citizens that we have—there’s change that can be effected there too.”

In terms of librarians providing support, Winters-Palacio recommended that all librarians learn how the acquisition process works—especially in school libraries. She said that those in charge of acquisition need to buy more than one copy of a diverse book so that, when there is a program around that book, there are copies available to hand out to patrons.

“It takes effort and time to find the right titles,” said Jung, “but you librarians do it anyway.” 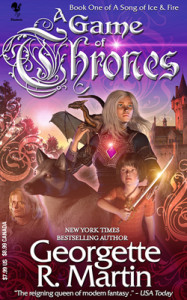 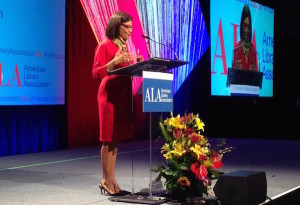