Figuring out the Fourth Factor

Carla Myers, coordinator of scholarly communications at Miami University in Ohio, kicked off her session on copyright and fair use with a relatable question: “How many of you have had a patron ask, ‘How much of this book can I photocopy’?”

At “Show Me Money! Or Not?,” a June 23 panel at the American Library Association’s Annual Conference and Exhibition in Washington, D.C., speakers from academic institutions reviewed five examples of case law to dispel confusion around fair use, specifically focusing on the exception’s fourth factor.

“I think the reason fair use is the exception librarians are familiar with is because it’s the exception open to everybody,” said Myers. “Educational uses are highly, highly favored under the law.”

Fair use, as found in Section 107 of the US Copyright Act, refers to the unlicensed use of copyright-protected works in the instance of criticism, commentary, news reporting, teaching, scholarship, or research. The fourth factor of fair use refers to the effect of the use on the market for or value of the copyrighted work.

“As a copyright librarian, I get many questions about the fourth factor,” said Myers. The reason for this, she believes, is that institutions don’t want to get sued.

Panelists stated that they were not giving legal advice, but merely presenting past and ongoing court cases to illustrate the finer points of the fourth factor: 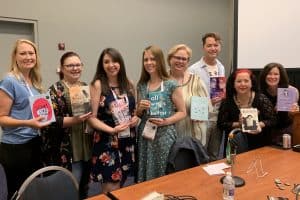 Tough Topics In YA 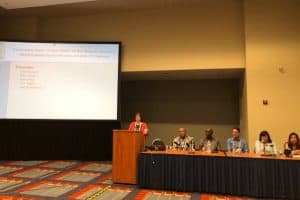 Reaching Out to the Unsheltered