Day one of the 2018 OCLC Americas Regional Council Conference

When Skip Prichard opened the 2018 OCLC Americas Regional Council Conference on October 25 in Chicago, the president and CEO of OCLC ran through a list of changes that have occurred in recent years to the ways in which we live and work.

“What influences change is control,” he told the more than 200 people attending the two-day meeting in the storied Drake hotel. As part of the conference theme, “Change the Game,” Prichard talked about five ideas to help bring about organizational change:

Regarding the final point, Prichard said he once received valuable advice: “Work harder on yourself than on your job.” In turn, he said, you will change your potential and have the ability to change your organization. On the flipside, what we need to keep, he said, are our values, principles, purpose, and passion.

Other speakers throughout the day included Rolf Hapel, director of citizens’ services and libraries in Aarhus, Denmark, who is serving two years as distinguished practitioner in residence at University of Washington Information School in Seattle. Hapel talked about Aarhus’ Dokk1 public library and cultural center, and the many partnerships it has formed (more than 130) since the 17-year-long project was completed in 2015.

Phyllis Lockett, founder and CEO of LEAP Innovations in Chicago, spoke in the afternoon about the future of education, which she said is in personalized learning. “In order to do personalized learning, we, as adults, have to put ourselves in the shoes of our learners,” Lockett said. “Learning has to first start with relationships and trust,” and the “library system is a core part of that.”

Elaine Westbrooks, university librarian and vice provost for university libraries at University of North Carolina at Chapel Hill, concluded the first day of the conference with her talk on “Changing the Game through a Catalyst Mindset.” She said organizations will not be able to address institutional problems such as racism, sexism, and homophobia until they acknowledge that they are institutional in the first place.

“You have to have tough conversations,” Westbrooks said. She suggested taking a closer look at your organization’s leadership team and the overall rewards structure. “It takes a lot of courage to go down this path,” she said. “You have to be focused on social justice. Libraries are not neutral.” 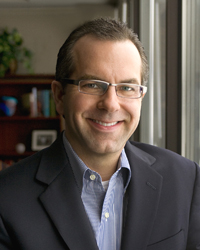 An Interview with Skip Prichard