The American Library Association (ALA) presented the annual I Love My Librarian Awards in a livestreamed ceremony at the Midwinter Meeting & Exhibits Virtual on January 23. The awards honor 10 librarians per year for outstanding service. This year’s recipients include four academic librarians, three public librarians, and three school librarians.

ALA President Julius C. Jefferson Jr. opened the ceremony by noting that “these 10 individuals exemplify the leadership, expertise, and dedication of our nation’s librarians” and remarking on the challenging and unprecedented circumstances that required librarians to go above and beyond for their communities in 2020.

ALA Past President and I Love My Librarian Award Selection Committee Chair Wanda Kay Brown introduced each of the winners, who appeared via recorded statements.

Jayanti Addleman, director of library services at Hayward (Calif.) Public Library, said that when she first arrived in the US 38 years ago, “My first experience with interlibrary loan was really eye-opening to me!” More than the immigration desk at the airport, she said, a little library in the Bay Area was her doorway to the rest of the world. The experience inspired her to become a librarian and give that opportunity to others. “Isn’t it wonderful to be loved for something you love to do?” she asked of the other winners.

Jessica Bell, director of the library and instruction design at MGH Institute of Health Professions in Boston, threw away the first email notifying her about the award because she thought it was spam. She said her win is less a reflection of herself as an individual and more as a member of a small, collaborative community. She called the MGH Institute “an easy place to do my best.”

Sean Bird, about whom one nominator wrote “That dude changed my life. He’s the reason I graduated,” said getting the call from Brown was like getting a call from a celebrity. Bird, who is associate dean of libraries at Washburn University in Topeka, Kansas, thanked all librarians for their commitment to making the lives of others better. He noted that the core values of librarianship—privacy, democracy, lifelong learning—exist in librarians even before they enter the field.

Naomi Bishop, health sciences librarian at University of Arizona’s Phoenix Biomedical Campus, said she became a librarian because she loves connecting people to information. One example she gave involved working late in the night early in the pandemic to look up primary sources on the efficacy of cloth masks to slow the transmission of viruses on behalf of a physician who asked her for the information. “Librarians help when communities are in crisis,” she said. She closed by encouraging everyone to read the books honored by the American Indian Library Association’s Youth Literature Awards.

Jesse Braun’s parents gave him the freedom to choose his own books as a kid, which, he says helped him become the person he is today. Braun, librarian at Beverly Vista Middle School in Beverly Hills, California, spent nearly 20 years as a classroom teacher before earning his MLIS. With school administrators, he helped create a new middle-school library that became a campus hub. He thanked his children for spending the summer scanning and bagging books to safely distribute to students.

Adilene Estrada-Huerta said she became a librarian because she never felt comfortable in libraries growing up. She began volunteering at her library as a teen and realized what was missing—seeing herself and people like her in programs and services. Estrada-Huerta, bilingual outreach youth services librarian at Sacramento (Calif.) Public Library, now uses her position to give voice to the voiceless through multilingual programming and listening to the community.

Jianye He, librarian for Chinese collections at University of California–Berkeley, said she still remembers her first visit to a US library. The librarians’ generosity and patience sparked an interest in becoming a librarian herself. Libraries play key role in understanding community needs and connecting people to resources, He said. Even though her library has been closed because of the pandemic, she is still working hard for her patrons and has even hand-delivered resources to them.

Jane E. Martellino, K–5 media specialist at the International School at Dundee in Greenwich Connecticut, said she knew stories had to be at the center of outreach during COVID-19. Stories have been the center of her career as a librarian, she noted, because they teach us hope, community connection, and resiliency. She created daily inspiring video messages with Maggie the virtual library dog (based on her own dog) for the school’s families during the pandemic.

Jennifer L. Newcome, librarian at Northeastern High School in Manchester, Pennsylvania, started as a special education teacher, and one of the first people she met was the school librarian, who mentored her as she decided to switch to librarianship. “I am the one being recognized,” she said, “but the culture at Northeastern is a family.”

Elizabeth Moreau Nicolai, youth services coordinator at Anchorage (Alaska) Public Library, said she knew at age nine that she wanted to work in “the most magical place in the world—the public library.” She stated that she is never afraid to try a new program, and some of her proudest moments have come in times of crisis, including providing a welcoming space for the community after the 2018 Anchorage earthquake.

Since 2008, library supporters have shared more than 20,000 nominations detailing how librarians and library workers have gone above and beyond to promote literacy, expand access to technology, and support diversity and inclusion in their communities. ALA received 1,865 nominations for this year’s award, showcasing the achievements of librarians and library workers across the country—particularly librarians’ swift and effective response to the COVID-19 pandemic, from hosting virtual programs to safely distributing books and technology to those in need.

Carnegie Corporation of New York sponsors the I Love My Librarian Award. New York Public Library also supports the award. ALA administers the award through its Communications and Marketing Office, which promotes the value of libraries and librarians.

Information regarding previous award winners can be found on the I Love My Librarian website. 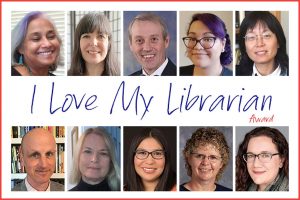 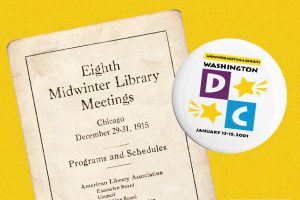