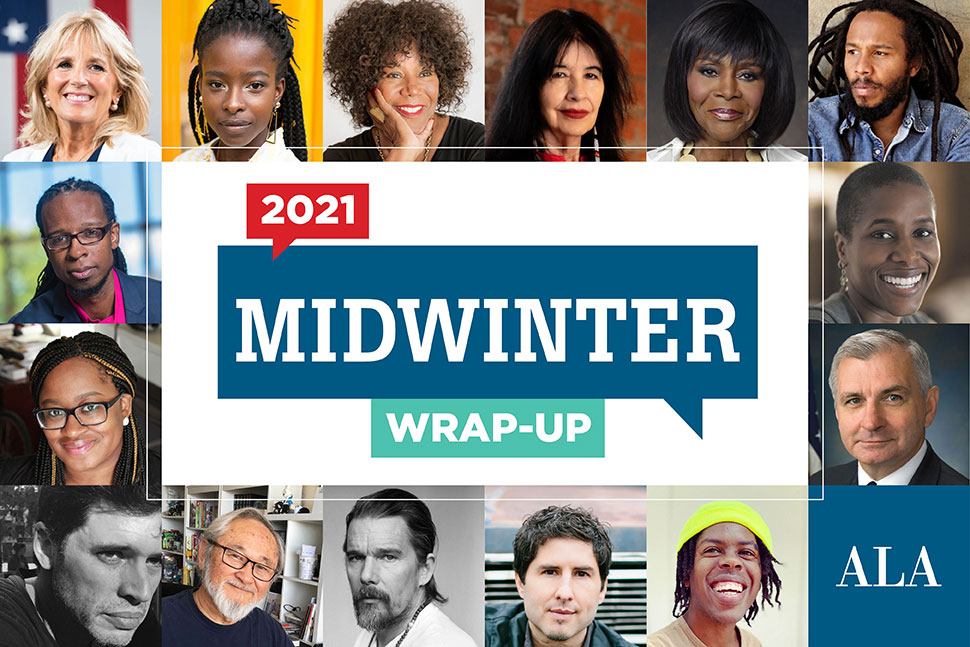 Though this year’s event was the final meeting, it was a consequential one with more than 7,100 participants and marquee speakers such as Ruby Bridges, Ethan Hawke, Ziggy Marley, Cicely Tyson, Emmanuel Acho, US Sen. Jack Reed (D-R.I.), and new US First Lady Jill Biden. Many sessions centered on two major themes: equity, diversity, and … END_OF_DOCUMENT_TOKEN_TO_BE_REPLACED 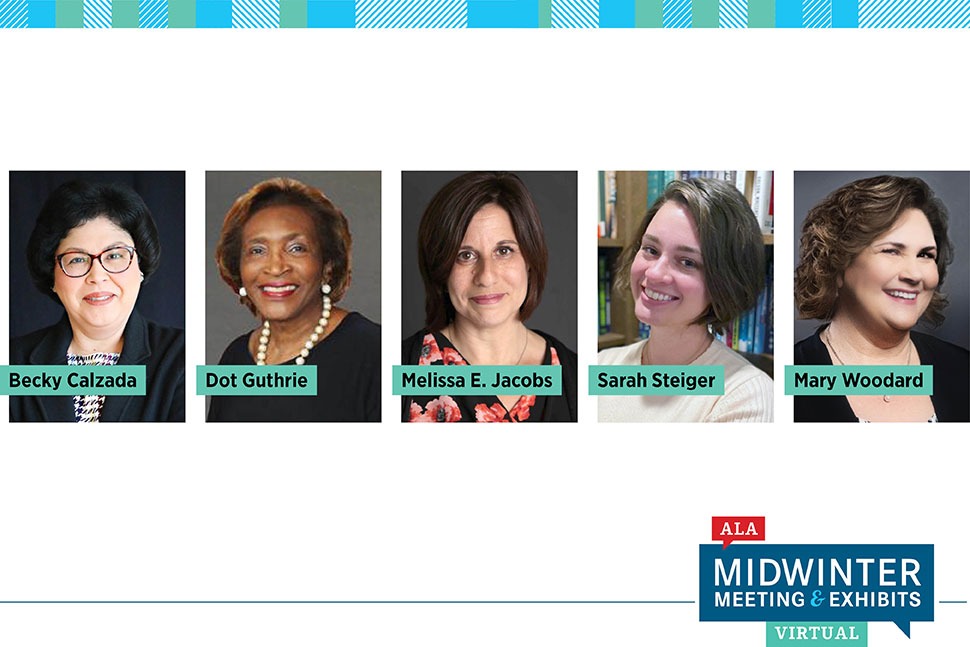 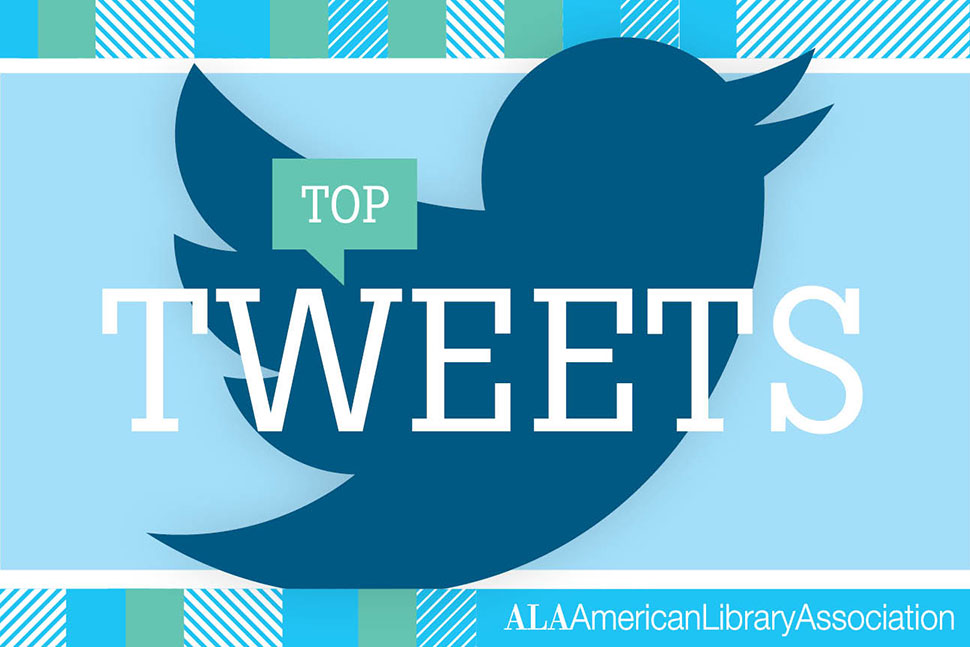 It was a big day for children’s and young adult books and media. https://twitter.com/trmaureen/status/1353712138540503042 Watching the #alayma through a computer this year. First time in many years that I won’t be in the room. Library friends – we may be apart but if we cheer loud enough people will hear us. #alamw2021 — Julie Dietzel-Glair … END_OF_DOCUMENT_TOKEN_TO_BE_REPLACED 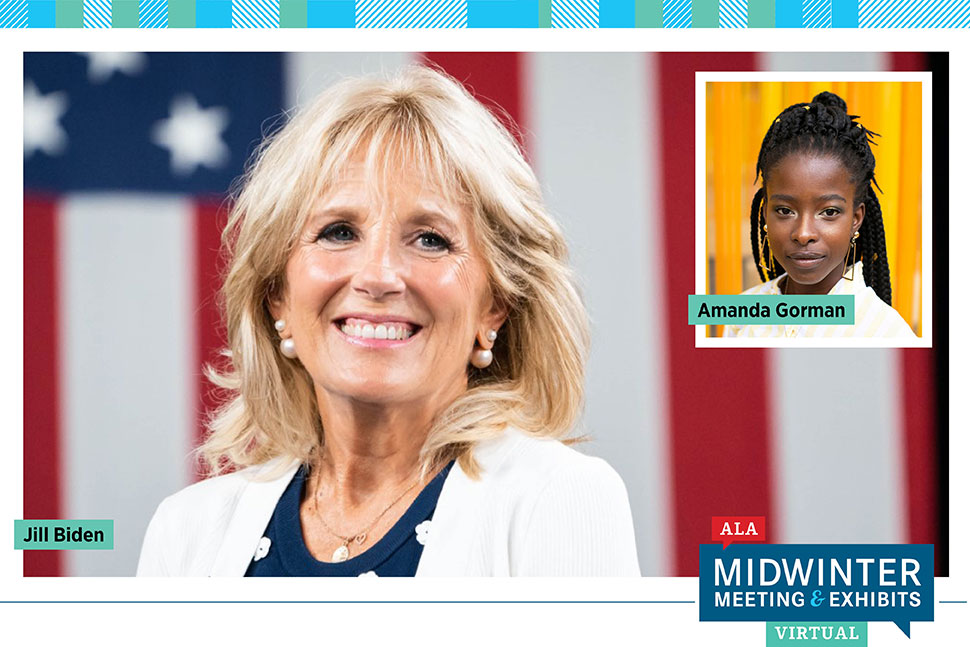 US First Lady Jill Biden opened her talk at the Closing Session of ALA’s Midwinter Meeting & Exhibits Virtual on Monday with enthusiasm. A lifelong educator, Biden seemed genuinely excited to address an audience of people who share her belief in the power of literature and learning. Following an introduction by youth poet laureate Amanda … END_OF_DOCUMENT_TOKEN_TO_BE_REPLACED 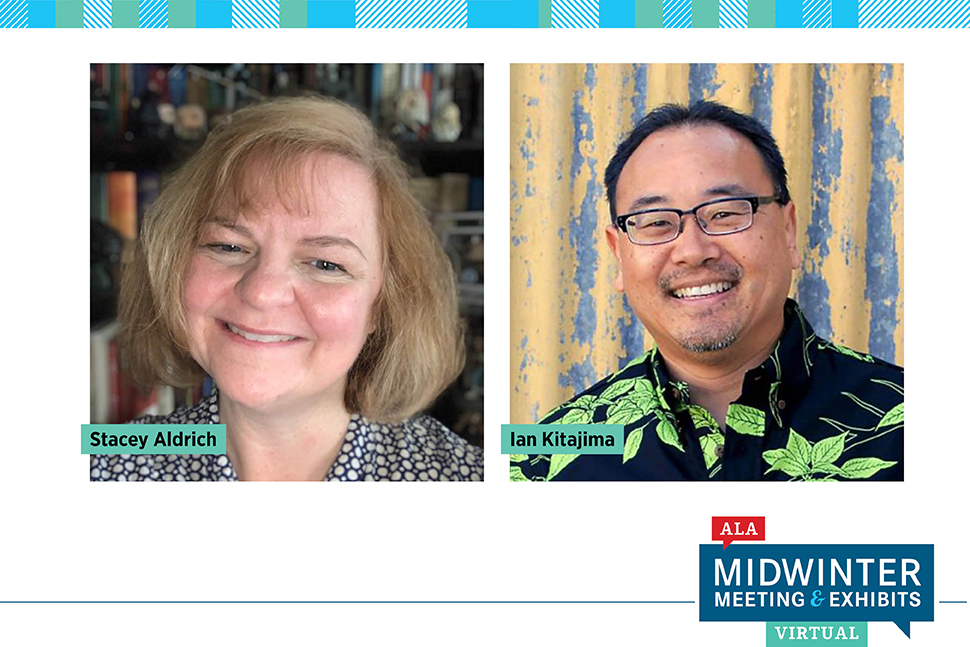 It’s a timely, if violent, image: The pandemic has accelerated numerous technological changes, including digitization, automation, and remote work. In the midst of this upheaval, the Hawaii State Library system has partnered with Oceanit to help dodge any metaphorical punches by bringing artificial intelligence (AI) technology, along with job training and mentorship for students, to … END_OF_DOCUMENT_TOKEN_TO_BE_REPLACED 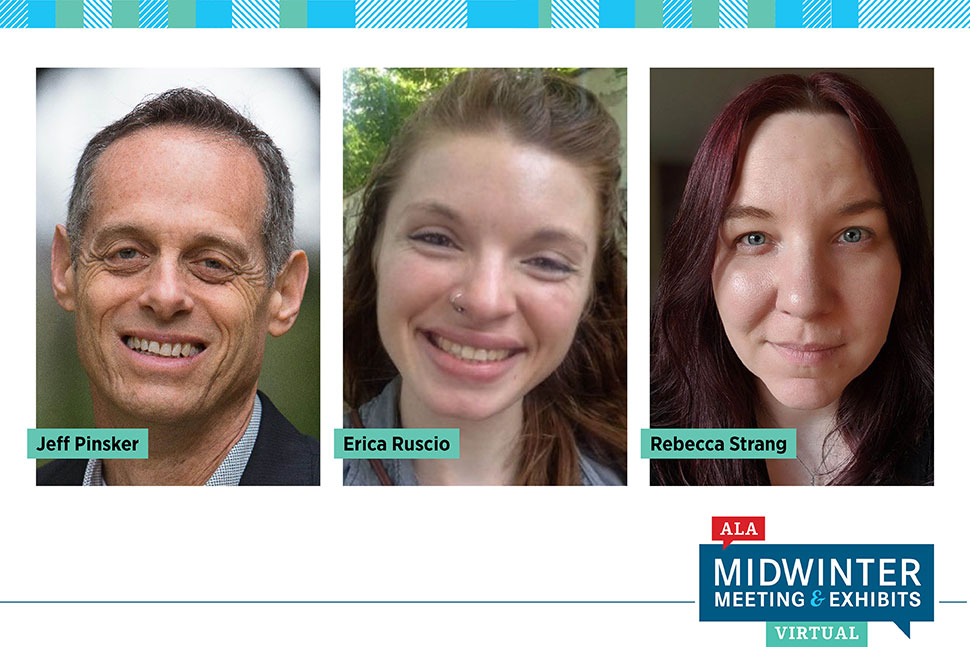 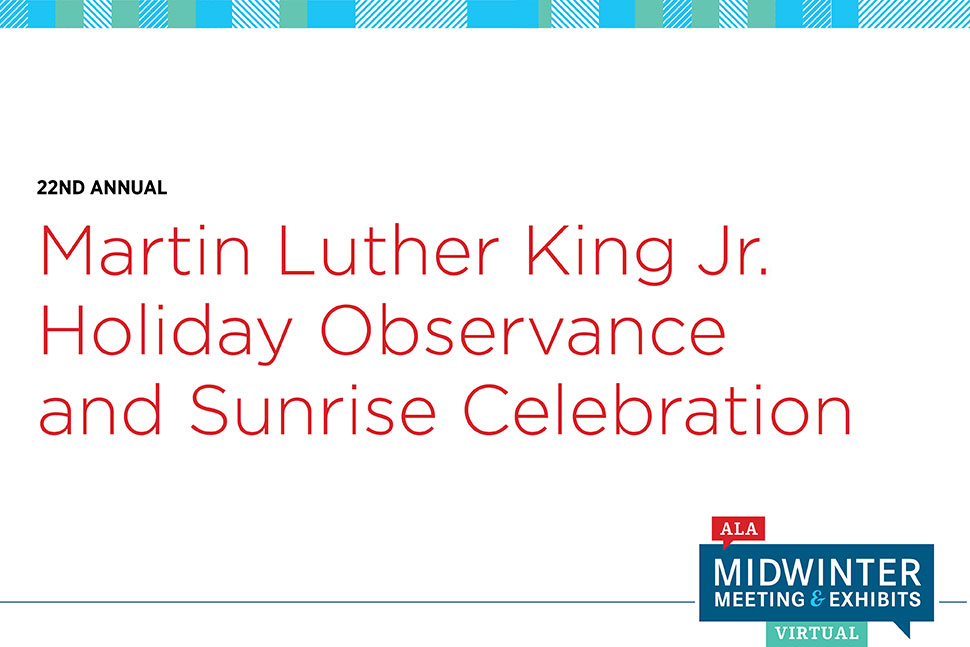 Drawing parallels between the 1967 speech and the current realities of a divided America, the event’s cochair, LaJuan Pringle, cited in his introduction the tumultuousness of the previous year, including a global pandemic, increasing awareness of police brutality, and an economic crisis. Pringle, who is manager of Charlotte Mecklenburg (N.C.) Library’s West Boulevard branch, also … END_OF_DOCUMENT_TOKEN_TO_BE_REPLACED 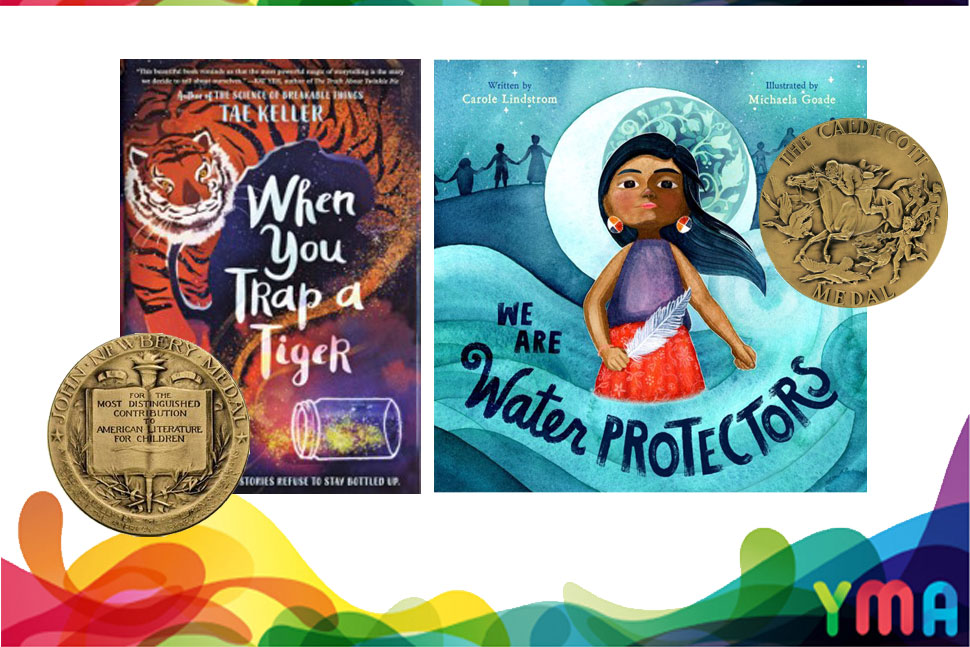 A list of all the 2021 award winners follows: John Newbery Medal for the most outstanding contribution to children’s literature: When You Trap a Tiger, written by Tae Keller, is the 2021 Newbery Medal winner. The book is published by Random House Children’s Books, a division of Penguin Random House. Five Newbery Honor Books also … END_OF_DOCUMENT_TOKEN_TO_BE_REPLACED 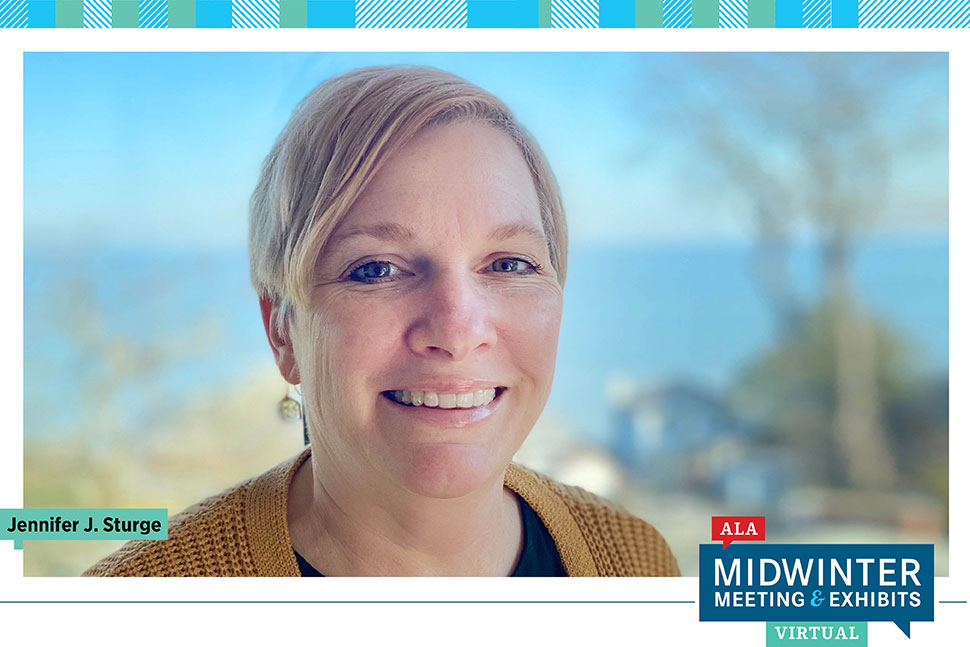 That question and many others were answered in “Pandemic Programming: Changes to School Library Instruction during a Global Pandemic,” held Sunday at ALA Midwinter Virtual 2021 on January 24. Facilitated by Christina Norman, textbook library media coordinator for Birmingham (Ala.) City Schools, and Jennifer J. Sturge, specialist for school libraries and digital learning at Calvert … END_OF_DOCUMENT_TOKEN_TO_BE_REPLACED 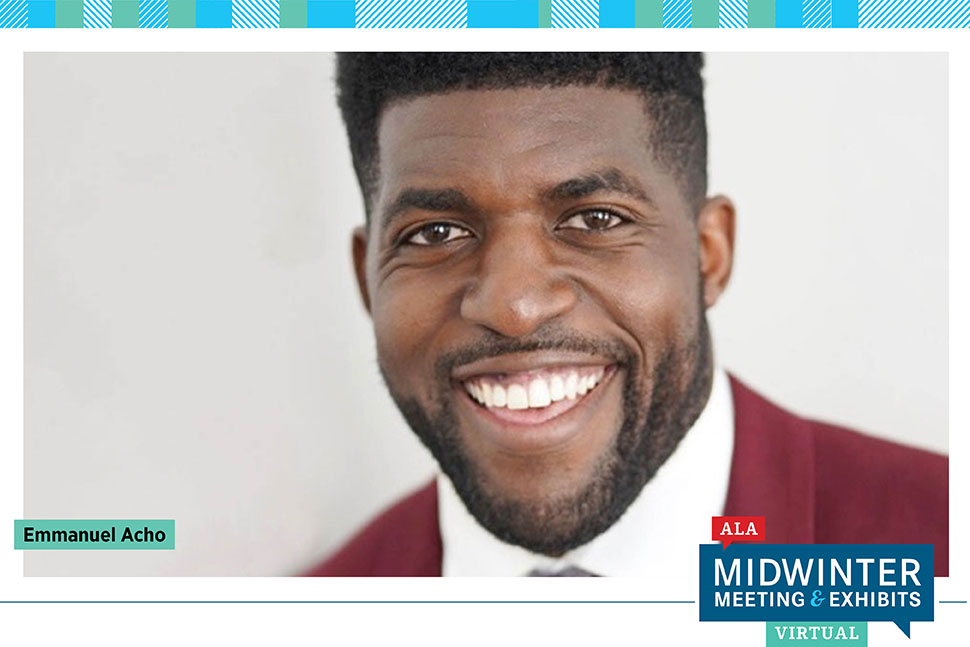 “In the wake of the murder of George Floyd, as a Black man, I realized I had to do something,” the Fox Sports analyst and former National Football League (NFL) linebacker told attendees at a Featured Speaker session of the American Library Association’s 2021 Midwinter Meeting & Exhibits Virtual on January 24. “It’s my job … END_OF_DOCUMENT_TOKEN_TO_BE_REPLACED