With New York City’s unemployment hovering around 8%, Queens (N.Y.) Library is amping up its technology to make a difference

Queens Central Library recently added a kiosk that potential employees can use to search and apply for jobs—on the spot.

New York City–based app developer Apploi provided the library with a special tablet device kiosk in March 2014 through its Jobs4Five program—an initiative that aims to bring the job searching technology of the internet to those who can least afford it.

“The internet is the primary channel now utilized for finding new job talent,” Apploi said in a statement on its Jobs4Five site. “We have certainly crossed over the digital frontier. But are we leaving folks behind?” Apploi is concerned that we are, especially with so many businesses now preferring to advertise positions and receive applications digitally.

Apploi’s job searching app, Apploi Job Search (available for iOS), powers the kiosk tablet that allows users to find and apply for employment at places like retail stores, restaurants, and hotels. The app even allows users to record and send videos of themselves to prospective employers. If an applicant needs a necktie for a video, the circulation desk will provide one, along with printed tying instructions.

Apploi offered to install the kiosk for free at Queens Central Library as a part of the company’s pilot program. The library will keep the kiosk for as long as it’s deemed useful, and library staffers are optimistic about its place in the library.

“We have lots of resources for people looking for jobs, especially workshops teaching computer skills,” Joanne King, director of communications at Queens Library, told American Libraries. “People have seemed to take to the kiosk quickly, so far.”

The library encourages patrons to use the kiosk in tandem with its many other job searching resources, such as Job Map, an online service that helps users determine skills needed to land their desired job. The library helps patrons gain some of those skills with workshops that teach workplace essentials such as Microsoft Office proficiency. Other workshops cover topics like résumé building, cover-letter writing, and interview preparation. 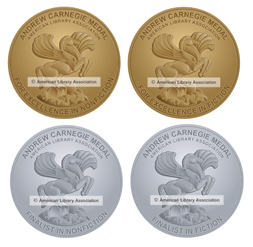 The awards honor excellence in fiction and nonfiction