In response to a controversial January 10 opinion piece in The Wall Street Journal by librarian Steve Barker, librarians around the country wrote to the paper to set the record straight about their real roles in the age of Google. ALA President Sari Feldman and President-Elect Julie Todaro also wrote in, though only a small portion of their letter appeared in the roundup of responses. (Please note that The Wall Street Journal has a paywall and requires a subscription for reading both links.) Here is the full text of Feldman and Todaro’s letter.

Nothing could be further from the truth than the outdated stereotype of libraries and librarians that Steve Barker presents in his January 11 article. In Boston at our national conference this past week, we heard repeatedly from colleagues among the thousands gathered that this might be the most exciting time of opportunity in libraries and for librarians. Attendees included librarians of all ages and demographics, librarians who—whether in school, public, academic, or special library settings—take pride in playing an integral role in the educational, cultural, and information experiences of their patrons.

Examples? Consider Multnomah County Library’s Lyndsey Runyan, a librarian who specializes in rethinking how to use existing space in public libraries for 21st-century learning and creation. She’s overseeing a new facility near Portland, Oregon, for underserved teenagers to build science, technology, engineering, arts, and math skills by making electronic music, building robots, utilizing 3-D printers, and more. How about Kristina Holzweiss, Bay Shore Middle School librarian, who developed “GENIUS Hour,” a teamwork-based program in which students create original presentations while exploring their own passions from robotics to coding? Or George Washington University Gelman Librarian Bill Gillis who co-teaches a required freshmen writing class where students learn to use research and sources to expand their horizons and strengthen their writing?

Rather than being pushed aside by the information revolution, our public libraries alone continue to host more than 1.5 billion visits annually—or about 4 million per day. Our school and academic libraries are destinations for millions of students daily for research and information literacy assistance from expert librarians. In fact, recent findings from the Pew Research Center reveal that librarian assistance is the most important library service we provide, after free access to books and media (just ahead of free access to computers and the internet).

At a time of information overload and growing gaps between digital “haves” and “have-nots,” the roles for dynamic and engaged librarians are growing. Though their skills and the technologies they use may be changing, they have never been more valuable to people of all ages, socioeconomic, and educational backgrounds.

SARI FELDMAN is president of ALA and executive director of the Cuyahoga County Public Library, Parma, Ohio; JULIE TODARO is president-elect of ALA and the dean of library services at Austin (Texas) Community College. 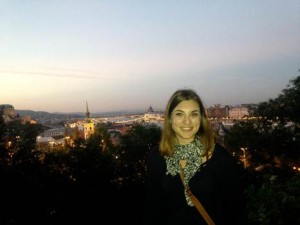