Breeding discussed unbalanced access to technology. Some libraries flourish, while others have barely anything to work with.

“It’s amazing how many of those [libraries] there are,” he said. “I’m not talking about a Third World country here. You can talk about new and interesting things, but some libraries aren’t even a part of that conversation. We need to get those libraries up to a base level.”

The news is disconcerting, but the trend is getting better, he said. By banding together with other libraries to share resources or by joining consortia, libraries are gaining access. He hopes that technology becomes more accessible to all libraries in the future.

The increase in discovery outside of the library and how it adds value to resources inside the library was the focus of Breeding’s second trend. Web searches that access a library’s site—via Google and other engines—are outside of our control, he said. Libraries need to understand how to structure aspects of their discovery systems that they can control—such as metadata—to be more accessible to web crawlers and outside search agents, he said.

Spina looked at universal design—the idea that projects should be designed as broadly as possible to be accessible to all. The key, she said, is to implement accessibility into the first stage of the design process, instead of retroactively. She gave examples of its implementation in architecture, software design, and education.

Spina’s second trend was the use of Bluetooth beacons that share information with people who are in close proximity to it, sending signals to an app downloaded onto a smartphone or tablet. She detailed how the Orange County Public Library in Orlando, Florida, uses beacons to send information about events or new acquisitions to patrons as they walk near the library or within the library itself.

Gamification is a rising trend in libraries, according to Miller. Libraries are using game thinking in non-game spaces, he said, using leaderboards to chart accomplishments and awarding prizes. In most library games, “winning” is less important than the actions involved. Crowdsourced games in which groups work on a task, such as competitively adding metadata to uncharted library collections, benefit the library as much as the players, he said.

Miller also discussed the rising use of course e-packs: digital resources collected by professors for purchase by students to supplement or replace textbooks. Copyright questions arise, he said, but most publishers will grant permissions for use of the e-texts.

McCoy detailed the rise in technology programming for girls, especially coding. There’s a discrepancy between boys and girls in computer science, she said, but interest is increasing thanks to efforts to make coding accessible to girls through girls-only classes in elementary schools and more. Smartphone use in libraries, and specifically how libraries can take full advantage of them in nontraditional ways, was McCoy’s second trend. For example, she relayed how energy savings can be found by using an app to control a library’s thermostat.

Carpenter detailed the changing state of library business processes, specifically the technology that supports subscription-based content. As open access changes how information is obtained, these processes such as discovery, payment, and rights management systems must change as well. It will be a large task, he said.

Privacy, or the lack thereof, is a concern of Carpenter’s, as well. “2014 was the year of the hack,” he said. “Those issues extend into the library.”

Carpenter said there have been 72 breaches of information in public institutions—libraries, museums, etc.—since 2013. He described that as a frightening statistic that must give libraries pause.

“The library community has a long, active support of privacy,” he said. “But control is not always in a library’s hands.” Third parties, particularly search engines, are competitors because they don’t necessarily share the library profession’s concerns.

“If you are committed to privacy,” he said, “your search results will never be as good as Google, because they use user data to improve their searches.” 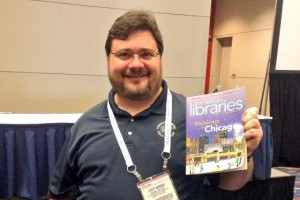 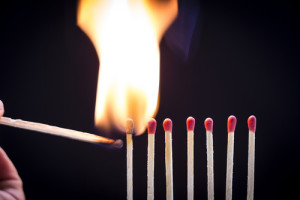