“Fake news” has been a dominant topic since the 2016 election. Differentiating between a legitimate news story and one that has been generated to mislead and contains biases or errors can be difficult, especially in an era where social media and news outlets inundate readers with content at ever-increasing rates. What can be trusted, and how can we be responsible news consumers?

A standing room-only crowd gathered Sunday at the 2017 American Library Association Annual Conference to learn how to combat fake news and teach truthful media literacy. Joanna Burkhardt, professor and director of the University of Rhode Island branch libraries and author of Teaching Information Literacy Reframed: 50+ Framework-Based Exercises for Creating Information-Literate Learners (ALA-Neal Schuman, 2016), began the session “Helping Library Users Navigate Fake News“ by documenting infamous instances of fake news from the past, from Orson Welles’s War of the Worlds radio hoax in 1938 to the “Dewey Defeats Truman” headline from the Chicago Daily Tribune on November 3, 1948, that incorrectly named the winner of a presidential election.

Burkhardt noted key differences between media consumption past and present that account for the proliferation of fake news today, including faster and wider news distribution networks, a 24/7 news cycle, and an increase in one-sided echo chambers that solidify confirmation biases. These changes have led to information overload. Social media exacerbates the problem, she says. Bots and algorithms based on user usage dictate what appears in newsfeeds, and they don’t differentiate between what is real and fake.

Burkhardt continued with an explanation of how fake news impacts the brain, citing studies that show how we tend to remember the first story we read about a topic, whether it is real or fake. Subsequent efforts to refute fake news stories with facts often only serves to solidify and reinforce falsehoods.

Burkhardt offered several tips on how to counteract fake news, especially for librarians and teachers who help students navigate news and media daily.

The most important tool in the fight against fake news, Burkhardt says, is real news. By exposing students to the truth on a regular basis, they will become more familiar with how to recognize it and less susceptible to deceit. 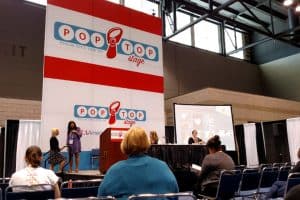 Finding Your Fun When the Schedule Explodes 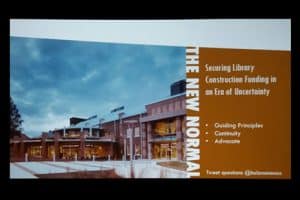