As ALA president, Neal will be the chief elected officer for the oldest and largest library association in the world. He will serve as president-elect for one year before stepping into his role as president at the close of the 2017 ALA Annual Conference in Chicago.

Neal served as the vice president for information services and university librarian at Columbia from 2001–2014. He holds an MSLS and an MA in history from Columbia and a BA in Russian studies from Rutgers University. He also holds a certificate in advanced librarianship from Columbia.

Upon learning the outcome of the election, Neal remarked, “I am honored to serve as president-elect of the American Library Association. My commitment is to a successful and influential ALA, to a profession characterized by service, diversity, impact and leadership, to the readers and users who depend on our libraries, and to the individuals who work in and advocate in support of libraries. I will invest my experience in advancing our priorities of advocacy, information policy, and professional and leadership development, always striving for an ALA built on ethics, inclusion, conversation and transparency. Libraries Transform!”

An ALA member since 1976, Neal has held numerous leadership positions throughout ALA and its divisions. He is currently completing his second term on the ALA executive board as an at-large member and served as the 2010–2013 ALA treasurer. He has also served as a member-at-large on ALA council, 1994–2001. His ALA committee service includes the Budget Analysis and Review Committee (BARC), Endowment Trustees, and various others. Neal’s division experience includes serving as president of the Library Leadership and Management Association (LLAMA) 1992–1993, as well as multiple committees within the Association for College and Research Libraries (ACRL), including chair of the 2017 national conference in Baltimore.

Neal is currently a member of the board of trustees of the Online Computer Library Center, Inc. (OCLC) and has also served on the board and as president of the Association of Research Libraries (ARL). He has chaired the National Information Standards Organization (NISO) and is the current treasurer of the Freedom to Read Foundation as well as the Metropolitan New York Library Council (METRO). He is also an active member of the International Federation of Library Associations (IFLA).

Neal was named the 1997 Academic Librarian of the Year by ACRL and was the 2007 recipient of ALA’s Hugh Atkinson Memorial Award and the 2009 ALA Melvil Dewey Medal Award. The University of Alberta presented Neal with the honorary doctor of laws degree in 2010. In 2015 he received the ALA Joseph W. Lippincott Award for “distinguished service to the profession of librarianship,” and was added to the Freedom to Read Foundation Roll of Honor also in 2015.

Neal is a frequent speaker, consultant and published author in areas such as scholarly communication, intellectual property, digital libraries, and library cooperation. 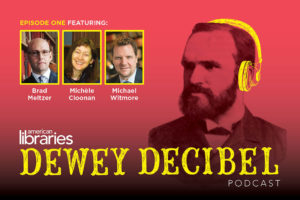 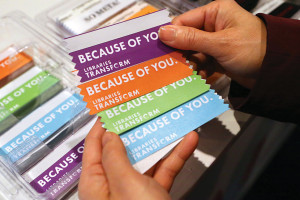 ALA sponsors events for librarians