Sylvia Knight Norton has been appointed executive director of the American Association of School Librarians (AASL), effective September 30. Norton comes to ALA from the College of Communication and Information of the School of Library and Information Studies at Florida State University in Tallahassee, where she has been school library media internship coordinator and instructor. During this period, she also served as state e-rate coordinator for the Florida Department of Management Services (2011–2012).

Norton brings strong state and local experience to AASL. From March 2002 to September 2010, she was school library, technology planning, and e-rate coordinator for the Maine Department of Education, where she planned, developed, and advocated for statewide programs and professional development to enhance teaching and learning through instructional technology and school library programs. In that capacity, she was involved in a broad range of programs related to school libraries, from technology implementation to school library construction and the development of standards.

In earlier positions, Norton was school library technologist at the Maine State Library in 2001–2002 and a school librarian at Freeport (Maine) High School. She also held several positions in health sciences librarianship.

Norton also brings extensive leadership experience within ALA and other professional associations. Since 2011, she has been a member of the ALA Executive Board, in which capacity she also served as a member of the ALA Budget Analysis and Review Committee and the board’s Finance and Audit Committee. She served on the ALA Council from 2005, when she was elected a councilor-at-large and twice on the AASL Board of Directors: in 2002–2005, representing the New England region, and in 2006–2011 as the AASL councilor. Throughout this time, she served on numerous committees and task forces. In addition, Norton was active at the state level. She served as president of the New England School Library Association (2001–2002) and president of the Maine Association of School Libraries (1997–1998), among many other roles.

Active in her local community as well as her professional community, Norton has been both a school board member and a public library trustee.

Norton was a frequent presenter at conferences and contributed to many publications. Most recently she authored “Technology Planning: Designing the Direction to Get There,” Knowledge Quest 42, no. 1 (2013).

She was honored with lifetime membership to the Maine Association of School Libraries in 2007 in recognition of her leadership. She was elected to the Hall of Fame of the New England School Library Association in 2008 for her significant contributions. In 2010–2011, Norton received a doctoral fellowship from PALM (Partnership Advancing Library Media) Research Center, Florida State University. 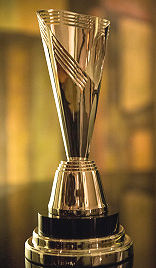 Rolling Out the Red Carpet for School Librarians