Partnering for Success in the School Library

Last March, superhero cosplayers, anime-inspired artists, gamers, and geeks of all kinds took over Lake Park High School in Roselle, Illinois, as it hosted its fourth-annual Lake Park Comic Con (LPC-2). But while the event, which attracts hundreds of students from the high school and several of the middle schools that feed into it, is the brainchild of school librarians, they recognized early that they couldn’t pull it off alone.

Our nation’s educational system is consistently expected to do more with fewer resources. Many school librarians have discovered that careful partnerships with classroom teachers, public libraries, and outside organizations can multiply their efforts and provide the exceptional and life-changing services that their students need and deserve.

It takes a village

Since 2017, LPC-2 has brought together hundreds of students from several middle and high schools, as well as public libraries, local businesses, area clubs, and outside speakers. They developed the idea after attending a conference session from a public library that had staged its own comics convention and thought it could be effectively adapted to their schools. Lake Park High School is the only high school in its district, but several middle schools feed into it. When kids enter the high school from these middle schools, “they have all different backgrounds,” Sutton says. “We thought the comic con would be a good way to reach kids who don’t have a connection to the school or each other.”

The team identified types of organizations they thought might make good partners, such as comic book stores and publishers. They also attended other cons to make connections, and students were enthusiastic contributors. In one case, “The kids met up with a local Nintendo ambassador and asked them to connect with us,” she says. They also regularly requested sessions and frequently develop sessions themselves—students led seven of the nine sessions at last year’s event.

Public libraries are also a natural partner, Sutton says. Several local libraries host displays in the vendor area, offering information, activities, giveaways, and sign-ups for their programs. “Our high school has an anime club and a comics club, but the public libraries have groups as well,” Sutton observes. “It helps them to meet each other.”

Regular communication with outside organizations is a critical factor in the partnership’s success. The organizational team sends save-the-date reminders in August for the March events and maintains those connections throughout the year. Within the organizational team—which has grown and changed over the years—they share all documents and work to gradually bring new team members up to speed, letting everyone focus on areas where they are skilled or interested.

Mary Catherine Coleman, lower and intermediate school library and information services specialist at Francis W. Parker School in Chicago, has long used partnerships within the school and with outside groups to serve her students’ needs, but the pandemic has made those connections particularly valuable. During distance learning, she says, “our school day has been shortened to limit the screen time for students,” but innovative projects developed in collaboration with teachers can help to keep student engagement high.

For example, when second-grade classes were studying US geography, Coleman used the library’s instruction time to teach them about the research resources they could use. Each student was assigned a state, then used Bloxels, a video game-building platform, to create a game incorporating the state into the design and gameplay. A student assigned to Oklahoma used tornadoes as a bad guy, for example, while a student working on the South Carolina game used sweet tea as a power-up.

“[A partnership] has to benefit the school library as far as meeting your goals, but it has to benefit class teachers as well,” Coleman says. “Teachers are stretched and can’t easily add work, but when there are mutual benefits, teachers are more open to it.” The state project, for example, met the library’s goals about teaching research skills and applying knowledge gained to create something new while fitting the classroom curriculum and school technology goals.

Coleman tapped into external partnerships when the library launched its team for Project Invent—a program that helps students apply design thinking to real-world needs. The team is working with a student who has severe allergies that have led to hospitalizations and has also worked with an allergy specialist at Lurie Children’s Hospital, who taught team members about the concerns for people with severe allergies. Based in part on information from the doctor about the importance of quick response in an emergency, the students designed and built a kit that could dial 911 without requiring a separate phone and contained audio instructions for administering an EpiPen if the student went into anaphylactic shock.

“We talk [as teachers and Project Invent mentors] about how students can engage with the community to solve real-world problems,” Coleman says. In this case, the students presented to a panel of entrepreneurs and received seed money to continue refining the kit. Students are now working with a fabrication company to develop a commercial product.

Mutual goals are a starting point for partnerships, Becky Calzada, library services coordinator at Leander (Tex.) Independent School District, advises. “Don’t make assumptions about what people know and don’t know. We can’t underestimate what reaching out, making an introduction, and offering help can do,” she says.

That’s helped her to forge a strong relationship with nearby Cedar Park Public Library (CPPL). While they don’t share programming, Calzada has been on the planning committee for CPPL’s new building, and they loan materials and connect patrons to each other’s services. Calzada also provides data about students to help CPPL ensure that the new library will be inclusive and represent the many languages spoken in the district.

“Sharing what you’re up to is a conversation that can lead to additional ideas and resources,” Calzada says.

Partnerships within the school have been particularly important during the pandemic. Calzada says the library worked extensively with classroom teachers to manage copyright issues—an important consideration particularly among elementary teachers interested in read-alouds for their students. “I reached out to the English and language arts team and recommended preparing a statement showing what was and wasn’t permitted,” she explains. That was shared with teachers, along with instructions on how they could get help from librarians.

The district’s librarians have also served as the front line for tech support. “We have teachers at all levels of using technology,” Calzada says, and the district’s IT services team is relatively small, given it serves more than 40,000 students. By helping with things like password resets, librarians allow IT personnel more time to help students and staff adapt to remote learning.

The University of West Alabama’s online Master’s in Education in Library Media offers an effective means for educators and others interested in school librarianship to develop the skills they need to administer a successful library media program. Collaboration is central to the educational experience; each student is linked with a mentor who can help them understand what to expect while building networks and developing career skills. As a student, you will engage with information literacy, reference services, and library technology. A degree will give you the foundation to imagine the school library of the future and start making it a reality.

And partnerships can help to spread the word of just how important school libraries are. As Coleman said: “It emphasizes how essential the school library can be when you have a community of people who are able to say it is an essential part of the school fabric.” 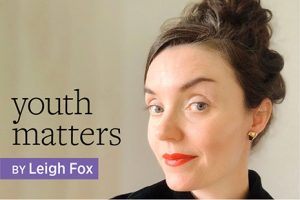 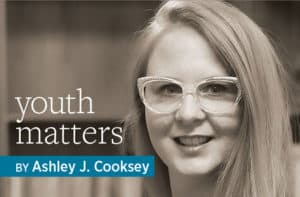