Lee Rainie, director of the Pew Research Center’s Internet and American Life Project, led an energetic, insightful, and often humorous discussion of the project's latest research on the role of libraries in their communities and in the lives of their patrons on Sunday at the 2014 ALA Midwinter Meeting and Exhibits in Philadelphia. Rainie used his quick wit and fast way with words throughout the session to give zing and life to survey results about the library services patrons most appreciate and the different ways that various people think about libraries.

Rainie began the session with a brief overview of the Pew Research Center’s history and modus operandi: that it exists to gather and present facts, not to advocate for one issue or another. This impartiality allows the Pew Center to become a trusted data source. As a result, Pew stats can be presented to library donors and patrons as validations of worth. Libraries will want to share the recent Pew numbers, without question.

The organization surveyed 6,224 people ages 16 and older from July 18 to September 30, 2013. Overall, they found that Americans believe libraries add value to their communities. Ninety-one percent of those surveyed said that libraries are important to the community, while 76% said that libraries are important to them and their families. However, only one in five library users are aware of the majority of services libraries offer. Also, more than half of Americans believe people do not need public libraries as much as they used to because they can find resources and information on their own using the internet or other means.

Rainie detailed the report’s findings by breaking them into five key points:

The large crowd gathered for the presentation had many questions for Rainie. One librarian asked about the report’s negative findings—about those surveyed who had no kind words for libraries whatsoever. Rainie said that the number was small—less than 7% of those questioned. He said that they felt the library was an alien place; a place where they did not feel welcome. The answer drew looks of disbelief from many in the audience.

The library findings of the Pew Research Center Internet and American Life Project are available for free download at libraries.pewinternet.org. 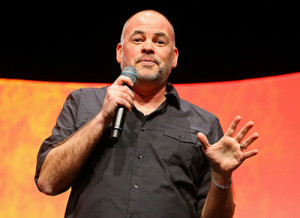 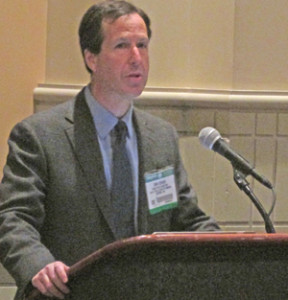 A Midwinter Update on the Digital Public Library of America