UPDATE: Tell Congress to restore net neutrality through this ALA Action Alert.

On December 14, staff of the American Library Association (ALA) gathered alongside other free internet advocates in front of the Federal Communications Commission (FCC) headquarters in Washington, D.C., to demonstrate its solid support for net neutrality in a “Wake-Up Call” rally organized by the Voices for Internet Freedom, a coalition fighting to protect the digital rights of communities of color.

As expected, the FCC voted 3–2 along party lines to repeal the 2015 Net Neutrality Order, which required internet service providers (like Verizon or Comcast) to offer equal access to all web content without charging more for faster delivery or giving preferential treatment to certain websites. This was despite a poll released in late December by the University of Maryland’s Program for Public Consultation and Voice of the People, a nonpartisan polling organization, which found that 83% of Americans do not approve of the roll back.

Activists from as far away as Pennsylvania and New Mexico traveled to participate in the rally, making noise and drawing attention to how the repeal will affect everyone, especially communities of color. ALA arrived early for the demonstration, equipped with a “wake up” cowbell. Amanda Seales (actress on HBO’s Insecure); US Representatives Keith Ellison (D-Minn., video), José E. Serrano (D-N.Y.), and Pramila Jayapal (D-Wash.); and Senator Ed Markey (D-Mass.) joined representatives from such advocacy groups as 18MillionRising, the Center for Media Justice, Color of Change, and the National Hispanic Media Coalition to talk about how vital it is for all communities to have access to an open internet.

Many speakers expressed hopefulness about what steps to take after the repeal, telling protesters they believe the federal courts are the best path for real change. Coalition partners like Free Press and Public Knowledge, as well as the Computer and Communications Industry Association, pledged to challenge the FCC in court, while others talked about filing amicus briefs.

Democratic FCC Commissioner Mignon Clyburn shared her optimism with the crowd. “Equality over the internet is a right,” she said. “If I was to base success on the arc of justice on one vote today, I would be short sighted and sad. I am here to tell you, today, in the long run, we will be victorious.”

The repeal ushers in a new era of the internet that will transform the way Americans communicate and consume information online. For libraries, it could impact everything we do—from unfettered public access to information to the way our databases work, from digital creation and curation, to the bottom lines of our budgets.

“The majority of the FCC has just dealt a blow to equitable access to online information and services which puts libraries, our patrons, and America’s communities at risk,” said ALA President Jim Neal. “By rolling back essential and enforceable net neutrality protections, the FCC has enabled commercial interests at the expense of the public who depends on the internet as their primary means of information gathering, learning, and communication. We will continue to fight the FCC’s decision and advocate for strong, enforceable net neutrality protections.”

Democratic FCC Commissioner Jessica Rosenworcel, a steadfast library advocate, visited the rally in the minutes before the hearing started to share a moment of solidarity with demonstrators. “As a result of this misguided action, our broadband providers will get extraordinary new powers. They will have the power to block websites, the power to throttle services, and the power to censor online content,” she said. “They will have the right to discriminate and favor the internet traffic of those companies with whom they have pay-for-play arrangements and the right to consign all others to a slow and bumpy road.”

In the weeks to come, ALA will continue to be on the front lines with net rights advocates, raising public awareness of library concerns and preparing for the forthcoming legal challenge. And we are counting on ALA members and the entire library profession to share your stories and turn up the heat.

EMILY WAGNER is information manager in the Office of Government Relations at ALA’s Washington Office. 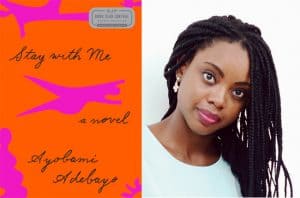