“We are thrilled that Congress has passed an FY2018 omnibus spending bill today that includes significant federal funding increases for our nation’s libraries!

“One year ago, the White House proposed eliminating the Institute of Museum and Library Services (IMLS) and slashed millions of dollars in federal funding for libraries. Twelve months and tireless advocacy efforts later, ALA advocates have helped libraries:

“On top of the good news about funding for libraries, Congress added a policy provision that has been on our advocacy agenda for years: Congressional Research Service reports will now be published online by the Library of Congress, ensuring for the first time permanent public access to valuable government information.

“The path through the FY2018 appropriations process has been long. One lesson from this budget cycle is that when libraries speak, decision-makers listen. At critical points in the process last year, ALA members from every US congressional district responded to our calls to action. As a result, a record number of representatives and senators signed our FY2018 ‘dear appropriator’ letters last spring. As the House and Senate Appropriations Committees worked on their respective bills last summer, ALA members made more targeted phone calls and visits and leveraged their local media to tell their library stories. Our advocacy earned bipartisan support in both chambers of Congress.

“The persistence of library advocates has paid off for every single community in our nation, from big cities to small towns. This is a time to honor the power of ALA’s advocacy.

“This is also a time to strengthen our resolve. The FY2018 budget passage represents a major win for libraries—a win that needs to fuel even more aggressive efforts to advocate for federal library funding in FY2019.

“To protect federal library funding, we need to keep reminding Congress that libraries bring leaders and experts together to solve difficult problems, that we deliver opportunities, from academic success to work readiness. We need to invite elected leaders into our libraries to see what we do for their constituents with a small investment of federal dollars. And we need to engage our library users and other community leaders in this important work.

“ALA’s Washington Office will continue to provide the expertise, strategy and resources that have helped make our advocacy so effective. To get involved, visit ala.org/fundlibraries.” 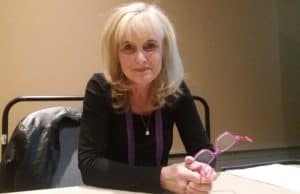 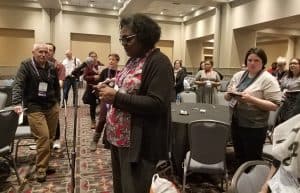 Staffing for Equity, Diversity, and Inclusion