The coming reality of virtual reality

My second day of South by Southwest Interactive (SXSWi) in Austin, Texas, was organized around President Obama’s keynote address. I attended a viewing party with dozens of librarians at the Library IdeaDrop House.

The highlight of the speech was about digital initiatives that the White House is promoting to help level the field for access in the US, but the president stumbled over referring to the OpenEbooks Initiative being led by the Digital Public Library of America, the New York Public Library, the White House, and other stakeholders. Luckily, a friendly librarian in the audience reminded him of the correct name for the project. It isn’t often that a library project gets mentioned by the president directly, and I think we can consider it a huge win that he did so on such a large stage.

Virtual reality (VR) technologies were everywhere at SXSWi this year. A quick search of the presentation schedule showed 302 individual results for VR. And just walking through the exhibit hall, various locations around town, and seeing ads on the streets, cars, and pedicabs showed that VR was very much on the minds of people in Austin.

There was even a dedicated VR/AR Experience exhibit at which attendees could demo different technologies in the same place.

VR can look ridiculous when you watch someone using it, but it can be amazingly moving when experienced. Good VR is different from just “big video” or other visual media. If VR follows the typical pathway of other new media devices, the first incarnations will be focused on the gaming potential (we are seeing this already with Oculus, Sony’s PlayStation VR, and more). After that will come a consolidation of platforms, where one or two clear industry leaders and standards will emerge, and then more and more media will be available to consume.

Once VR makes that turn to consolidation of standards, libraries will have to start taking a hard look at how they deal with collecting and sharing the media that will be created to take advantage of this new consumption medium. The first steps seem to be being taken by documentarians and journalists (see the New York Times VR experiment as an example), but it doesn’t take much to imagine a future of fictional media being driven by experiences such as these (check out the upcoming film Hardcore Henry for an example of what that might look like).

VR seems to be just on the cusp of exploding into a commercial product. Libraries ought to be watching; it could likely become the next big thing in media. SXSWi 2016 certainly seemed to think so.

JASON GRIFFEY is a fellow at the Berkman Center for Internet & Society at Harvard University, director of the LibraryBox Project and Measure the Future, and principal consultant at Evenly Distributed LLC. More information at jasongriffey.net. 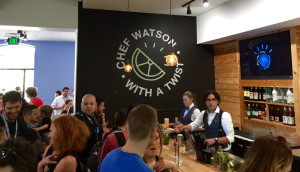 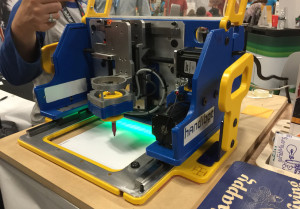